Creole Cuisine; nope, it's not Irish.

Today is Saint Patrick's Day, a day the Irish celebrate for the patron saint of Ireland. In New York, 5th Avenue is shut down for the yearly parade; it's celebrated in many other places throughout the United States. My family is not of Irish descent, so have never celebrated this "holiday". "Green eggs and ham" is a Dr. Seuss story; I don't drink beer, so don't care what color it's dyed. As far as I'm concerned, it's just another day in my life. If someone is irked that I'm not celebrating, all I have to ask is, "Why does what I do matter so much to you?"

So, I'm going down the road less traveled once again, and giving you something completely different.

Creole Cuisine originated in Louisiana, primarily in the New Orleans area; it is a melting pot of various cuisines: French, Portuguese, Spanish, Canadian (the Acadians, known for “Cajun” cuisine), Caribbean, Italian, Greek, Southern USA Native American, West Indies and African. These cultures were able to come together due to the various slave trade routes; the enslaved people brought, not just their culture to the United States, but their cuisines.

The basic ingredient for almost all Creole dishes is a roux. A roux, French for “brown sauce,” is a base used for gravies and sauces in Creole cuisine. A roux is used to make three of the most popular Creole dishes: red beans and rice, jambalaya and gumbo. 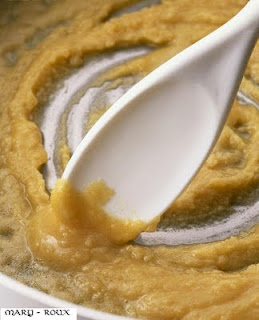 When making a roux, using a saucepan or a skillet is dependent upon what recipe is being made, and how much is needed. It begins with equal parts of a fat (oil, butter, lard, etc) and flour; the fat is heated on medium heat. The flour is stirred in until well incorporated and the mixture is smooth. The color of the roux is dependent upon the flavor desired for the recipe, so can be lightly browned to dark brown; this can take 15-30 minutes. The mixture must be continually stirred and watched; if any black flakes appear, it has burned and must be started over. Once the desired color is achieved, additional ingredients can then be added such as broth (stock), milk, cream, herbs, seasonings, etc.

Creole Seasoning Mix
While salt is usually part of this mix; it’s up to the person making it to decide how much to put in. If you like it salty, start with 2 Tbsp and add more if desired; or add less, or leave it out altogether; the cook is the boss.

Using a blender, food processor, mortar and pestle or coffee grinder (labelled for herbs and spices only); grind all the ingredients together till well blended. Store in an air tight container. Makes 1 cup. 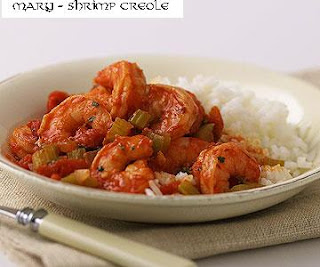 Shrimp Creole
This dish is often served over rice, but can be served over grits, polenta or mashed potatoes.

In a large skillet, on medium heat, heat oil; add in peppers, onions, celery and garlic; sauté for 10 minutes. Add in flour and stir till well incorporated.

Add in tomatoes and hot sauce; reduce heat to low and cover; cook for 45 minutes, stirring occasionally. Add in seasoning mix and shrimp; cook an additional 5 minutes (shrimp will turn pink and be opaque inside).