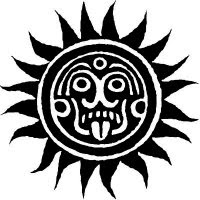 Last night we decided to try out a brew pub I saw mentioned on the internet. We have frequented several of these microbreweries in the past, and always with a positive result, so why not try this one? It turned out to be a big mistake on our part.

Upon entering the pub area we were greeted by…no one. No hostess, the bartender did not acknowledge us, and there was no wait staff. Not a good first impression; so we seated ourselves at a small table set against the wall, and waited…nothing still. Roy got up, went to the bar and grabbed a couple of menus. So, let’s see what kind of pub grub we were going to experience. It certainly wasn’t the typical pub faire we were used to: snacks consisted of chips with either salsa or guacamole, or an antipasto plate. There were a number of salads to choose from; 3 types of sandwiches, and designer pizzas and calzones. Cheesecake was listed as a dessert, and it was noted on the menu to ask your server about other selections. That would be good, if we had a server.

Going up to the bar, Roy placed our order: Philly Cheese Steak sandwich for him, a calzone called “The New Yorker” for me. While I had iced tea, Roy tried their “Dry Stout”; DRB sings their own praises of their brews. Roy’s assessment of the stout was: the body was so light; it was almost watery, not as rich as the typical stout, medium hoppiness, but smooth. He asked about the specialty brews the menu describes, but the “brew master” had none ready for sale.

What we discovered, upon receiving our meals, was that the wait staff was also the cook staff. After receiving our plates, the bartender finally left his post behind the bar, and asked us if we needed anything else. Nope, not yet; but that was the last time we had any interaction with anyone at DRB, except when we paid…at the bar. Seems if you were not one of the locals, who frequent the bar area, you weren’t worth noticing.

Philly Cheese Steak sandwich is touted as a traditional Philly sandwich with beef, cheese, sautéed peppers and onions, and something called “hot sambal” on a toasted roll. The “hot sambal”, we later read online, is a very spicy chili sauce mainly used in Indonesia, Malaysia and the Philippines. How that ended up on a “traditional” Philly Cheese Steak is beyond me; and all we could taste of the sandwich was the hot chili sauce. Picking out the beef, it was tasteless; the cheese was unidentifiable, we saw a few onions and peppers, but they too were tasteless. The sides were a handful of bagged chips and a pickle; not very impressive for the price charged.

“The New Yorker” calzone looked wonderful when first presented; a massive dough dome, dark brown and when cut into, steam escaping. Our first reaction though was, “I bet this is nothing but hot air”, and we were right. While the dough was cooked on the outside (burned on the bottom I found out as I tried to eat it), the contents in the center were barely warm. DRB brags about spending hours on their dough which simply tastes like white bread. Toast me some, spread some butter on it, and I would not have been able to tell the difference from it and white bread from the supermarket. I cut the calzone down the center; one side consisted of ricotta cheese (not a sign of mozzarella, except as listed on the menu), the other had pepperoni (limp and tasteless) crammed in a large clump of slices which needed to be pulled apart. The sausage was spicy hot (not described as such on the menu), and a complete, unpleasant surprise. DRB claims to be a family/kid friendly place; but if any parent with small children surprised them with the spicy sausage within the calzone; they would have been screaming. The menu only states sausage, but no mention of the spice intensity. There was a smear of sauce on the bottom, and luckily I was able to peel off the burnt layer of dough before trying it.

Again, no one came by to ask about how the food was, if we needed anything, or just to say hello. Roy had to go to the bar, ask for the bill and pay there. The bartender did say goodbye as we left though, so a point for that effort.

The front of house is the dining area and bar, while back of house is the kitchen and brewing area. The bathroom (single toilet available) is co-ed with a changing table available. The one positive aspect of DRB; the atmosphere is rustic (wooden furniture), and quiet (no music) and can enjoy conversation without having to shout over noise.

Do yourself the favor and avoid Dolores River Brewery if traveling through, or staying in Dolores, Colorado; there are other places to eat there that are much better, and worth your time and money.

Posted by Mary Cokenour at 9:58 AM