120 North Avenue
Grand Junction, CO, 81501
(970) 244-8383
Website: http://www.oldchicago.com/home
When entering Old Chicago, there is usually someone friendly there to greet you and the wait staff is attentive, for the most part.  The last time we were there, besides having dinner in, we ordered take out for family members back home.  Well, the waiter brought us all the food at once and then commented, “Wow, that’s a lot of food for two people; you gonna be able to eat all that?”  The smirk on his face was no help in the situation which we quickly had to explain to him again, so he could bring boxes to our table for packing the food up. 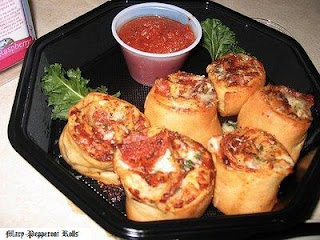 As to the food, we started with the Honey Chipotle BBQ Wings and Pepperoni Rolls which are both amazing, and our absolute favorites.  The Wings are large, crispy and juicy with a finger licking sauce you can’t get enough of; the Pepperoni Rolls are baked to perfection, packed with pepperoni and come with ranch dressing, but we opted for the delicious marinara sauce instead.


We ordered a Chicago Style pizza and it was a disappointment; not a real Chicago deep dish pizza at all, but similar to Pizza Hut’s deep dish, and just as tasteless.  The crust was undercooked, just a smear of sauce, and the minimum of cheese...definitely similar to Pizza Hut.
The decision is, if we go to Old Chicago again, to stick to the appetizers and get a salad instead of any pizza.
Mary Cokenour

Posted by Mary Cokenour at 9:39 AM