Pan Sear When You Can't Barbecue.

As much as we enjoy barbecuing outside, when it snows or the cold wind blows, you won't find us outside doing much.  So how do I get that grilled look and flavor on the steak without the barbecue?  Pan searing is the answer; a cast iron skillet is great for this, but a top of the line pan, like Calphalon, will do the job just as well. 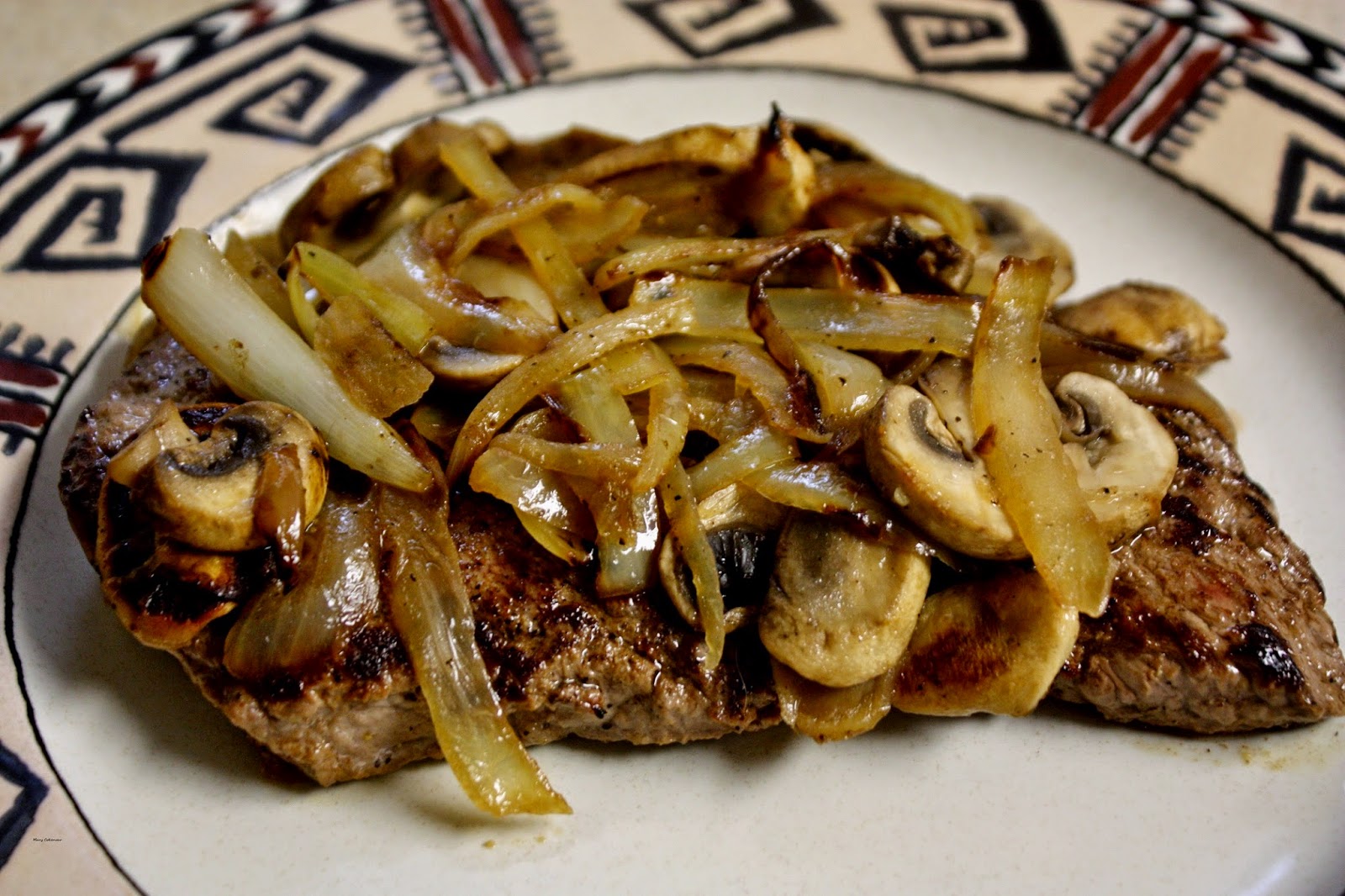 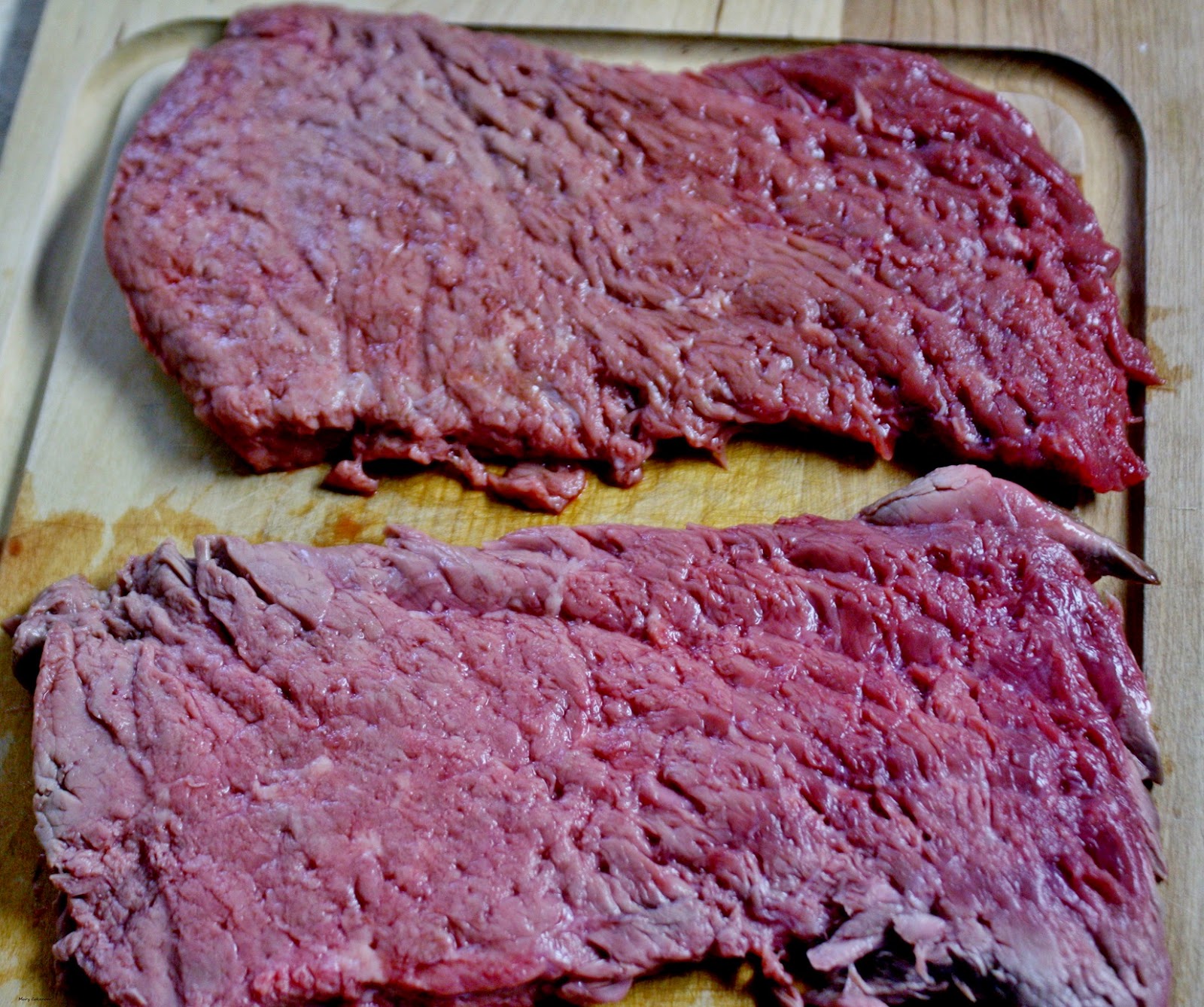 The meat I used was round steaks (one inch thick) which I tenderized with the indented side of a meat mallet.  Just a few good whacks to open up those meaty tissues and allow the steaks to absorb the seasonings better.  To season them, I mixed together a teaspoon of fine sea salt, a half teaspoon of ground black pepper, and a quarter teaspoon of garlic powder.  I keep it simple, if anyone wants extra seasoning once they taste it, then they can add.  Use half of the seasoning mixture on one side first. 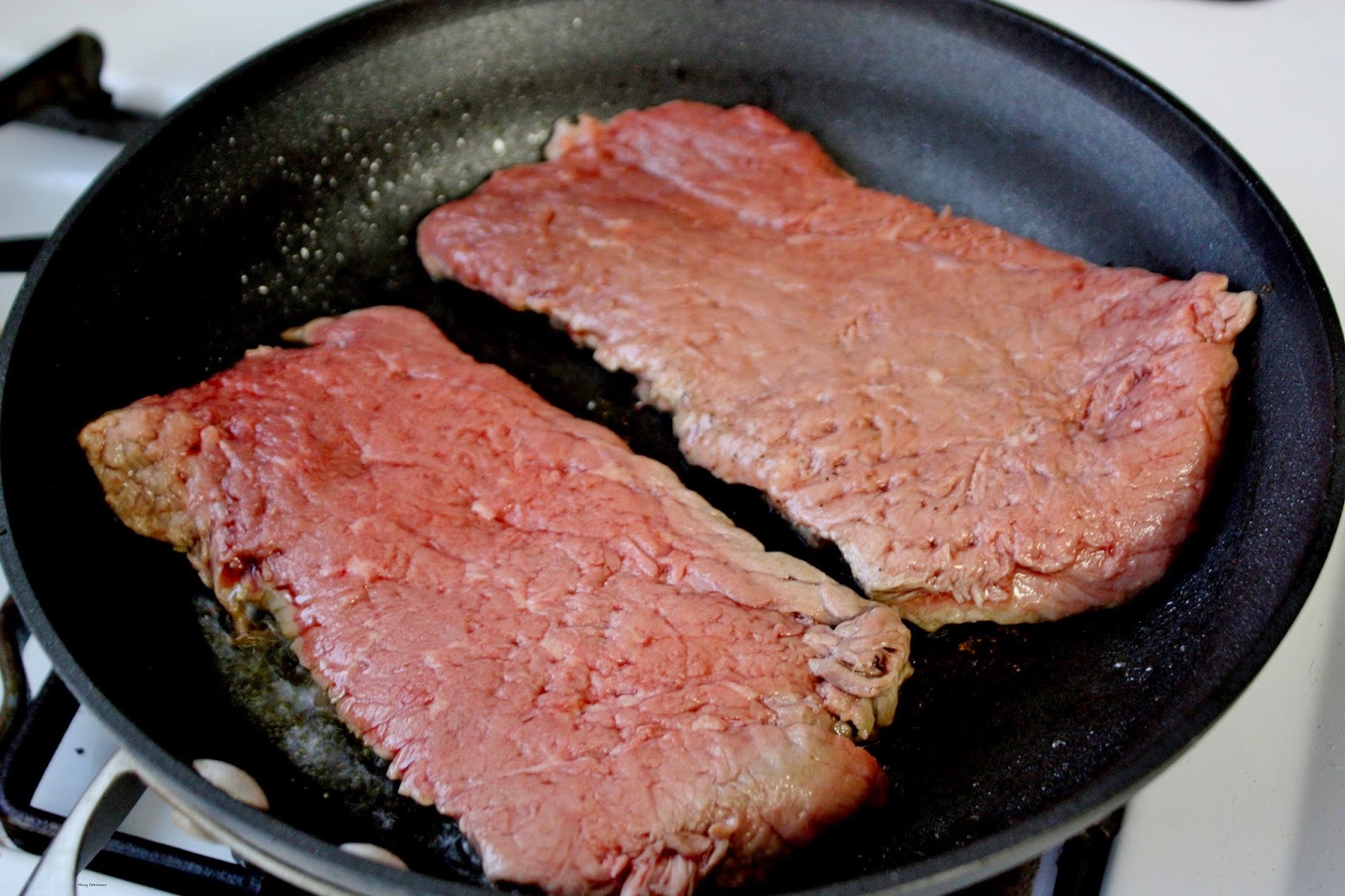 Into my 12 inch skillet, I only add one tablespoon of oil (canola or peanut), heat on medium-high heat, and place the seasoned side of the steaks down into the pan.  I then sprinkle the other half of the seasoning mix onto the side facing upwards.  Now leave that steak alone fore a good five minutes before flipping it over; another five minutes and the steaks will be a tender, juicy medium-rare.  Not playing with the steaks allows the exterior of the meat to caramelize. 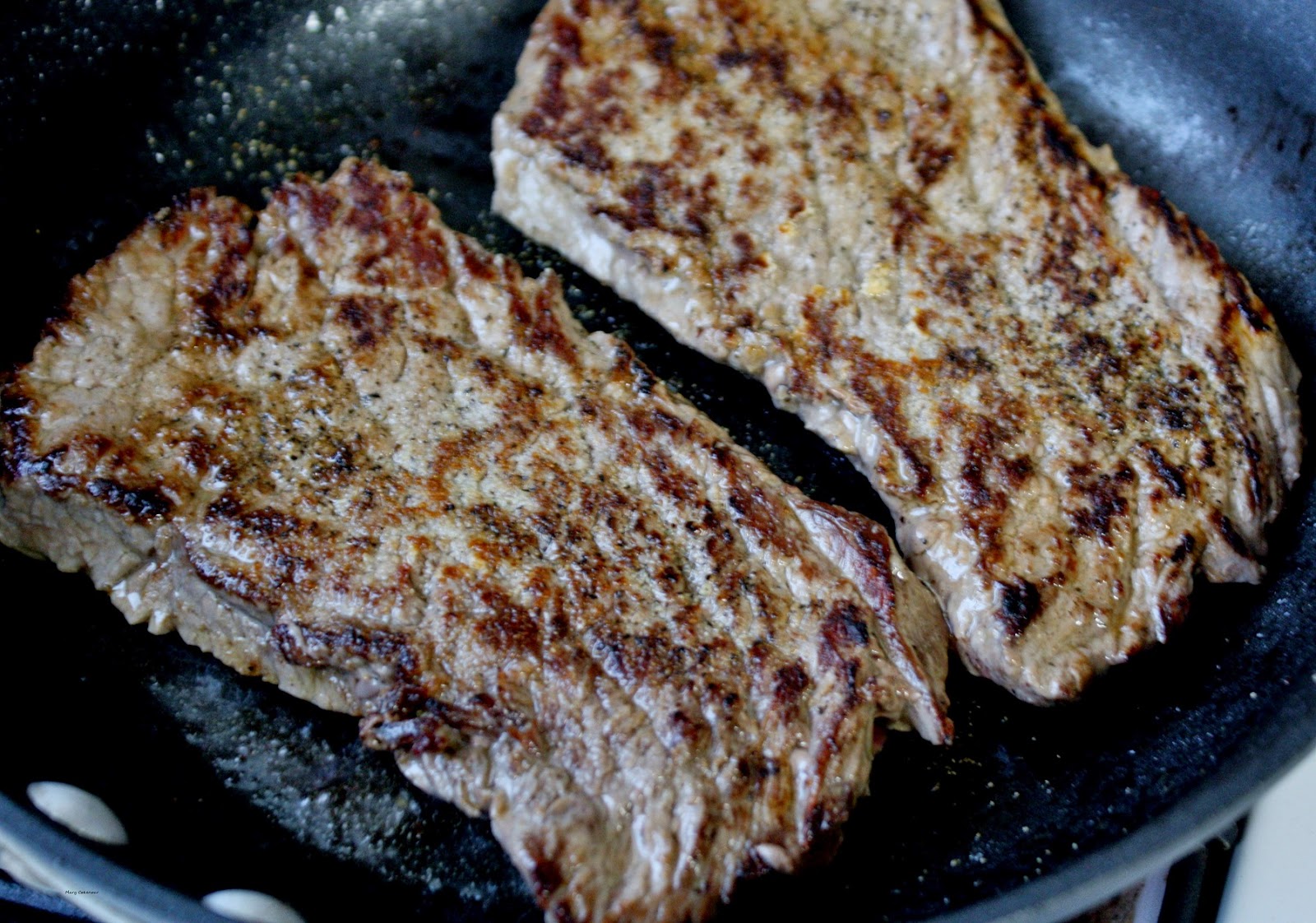 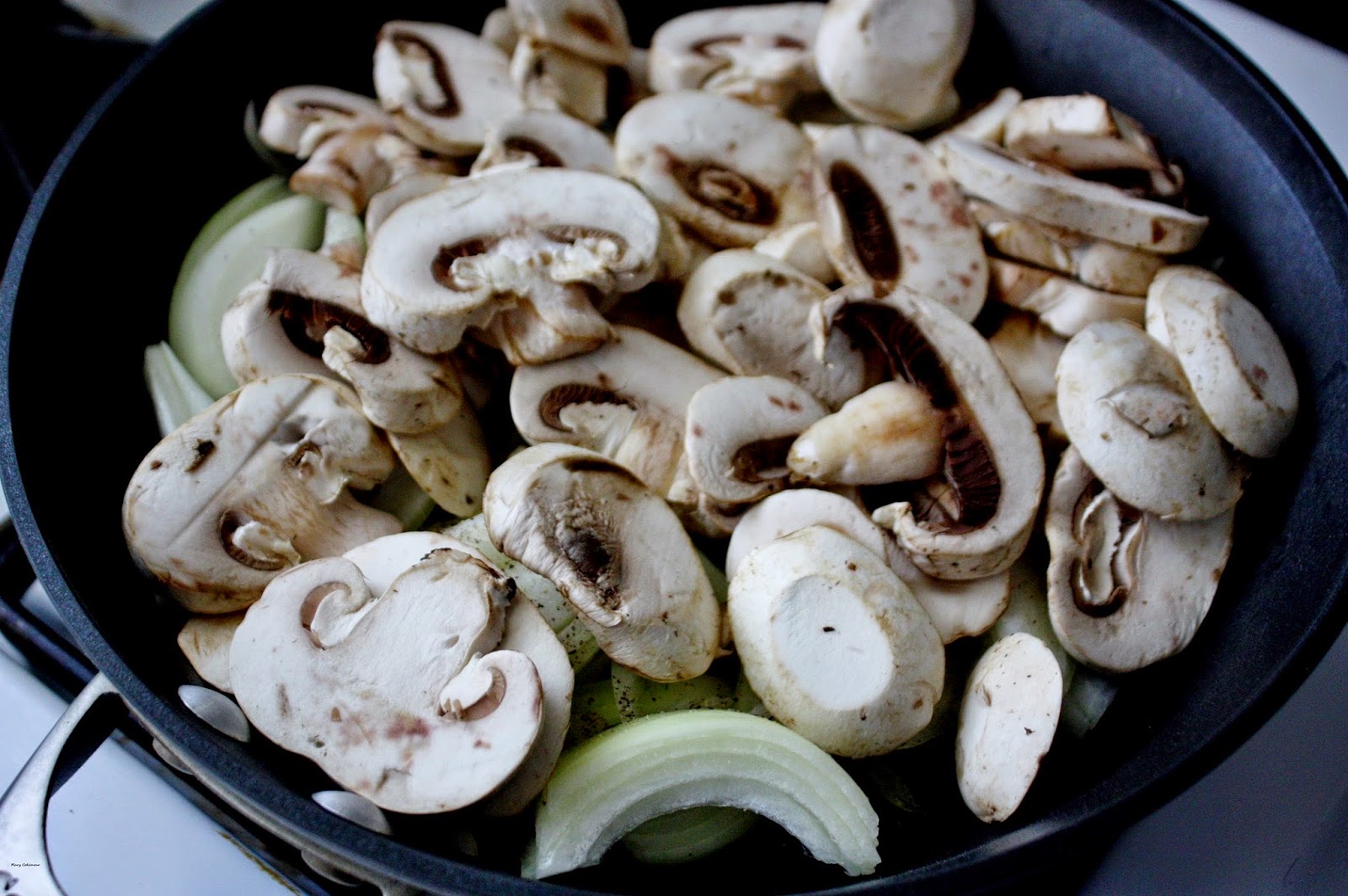 What goes better with steak than a topping of mushrooms and onions?  Not much.  Before I began the steaks, I had already sliced up those mushrooms and onions; placed them in a medium heated pan with two tablespoons of olive oil, one tablespoon of balsamic vinegar, a little salt and ground black pepper.  It will take about a good 20 - 30 minutes for those beauties to caramelize to a sweet, yummy goodness.  Give them a stir now and then to make sure the pan isn't too hot and they're sticking or burning. 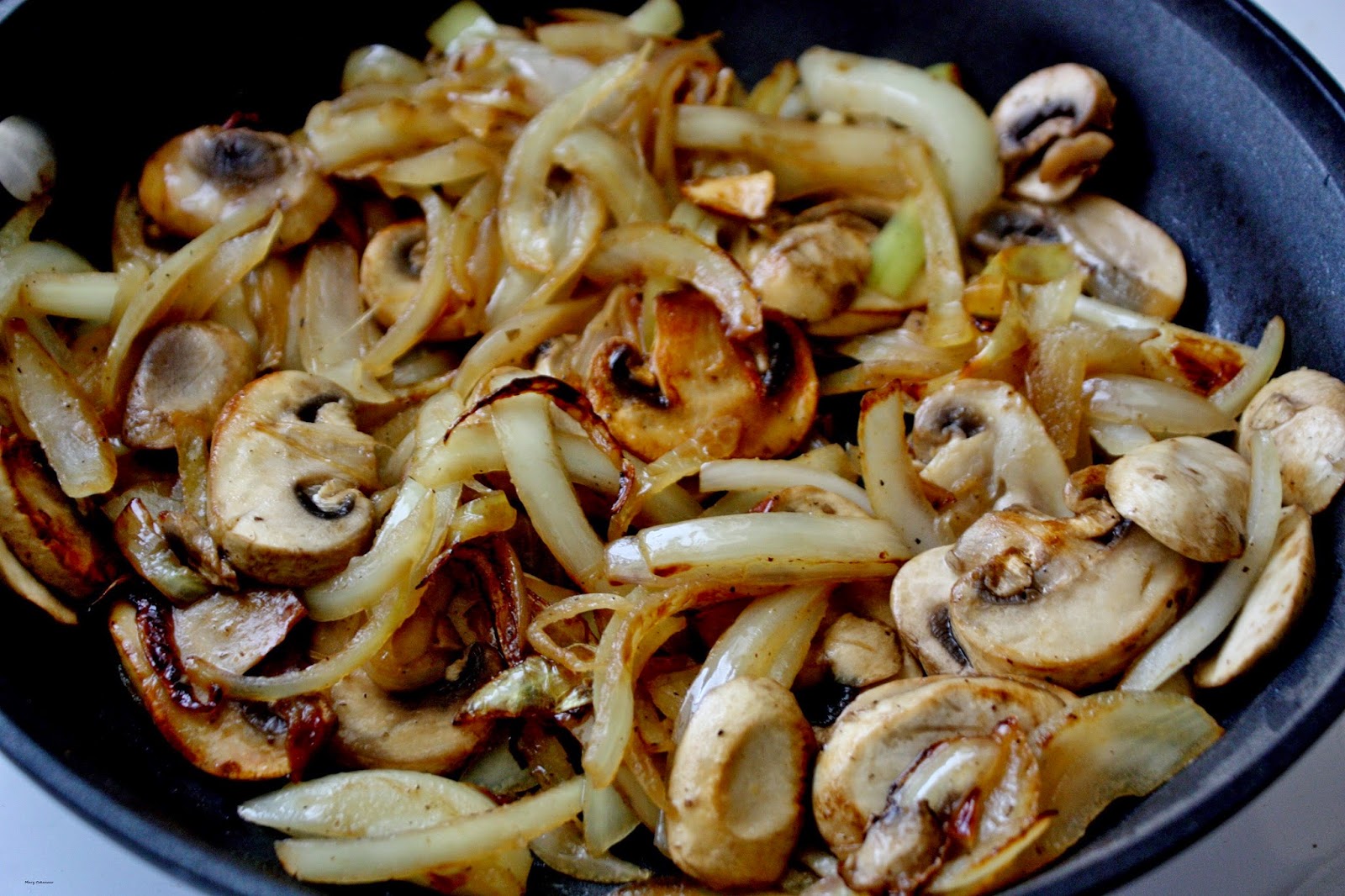 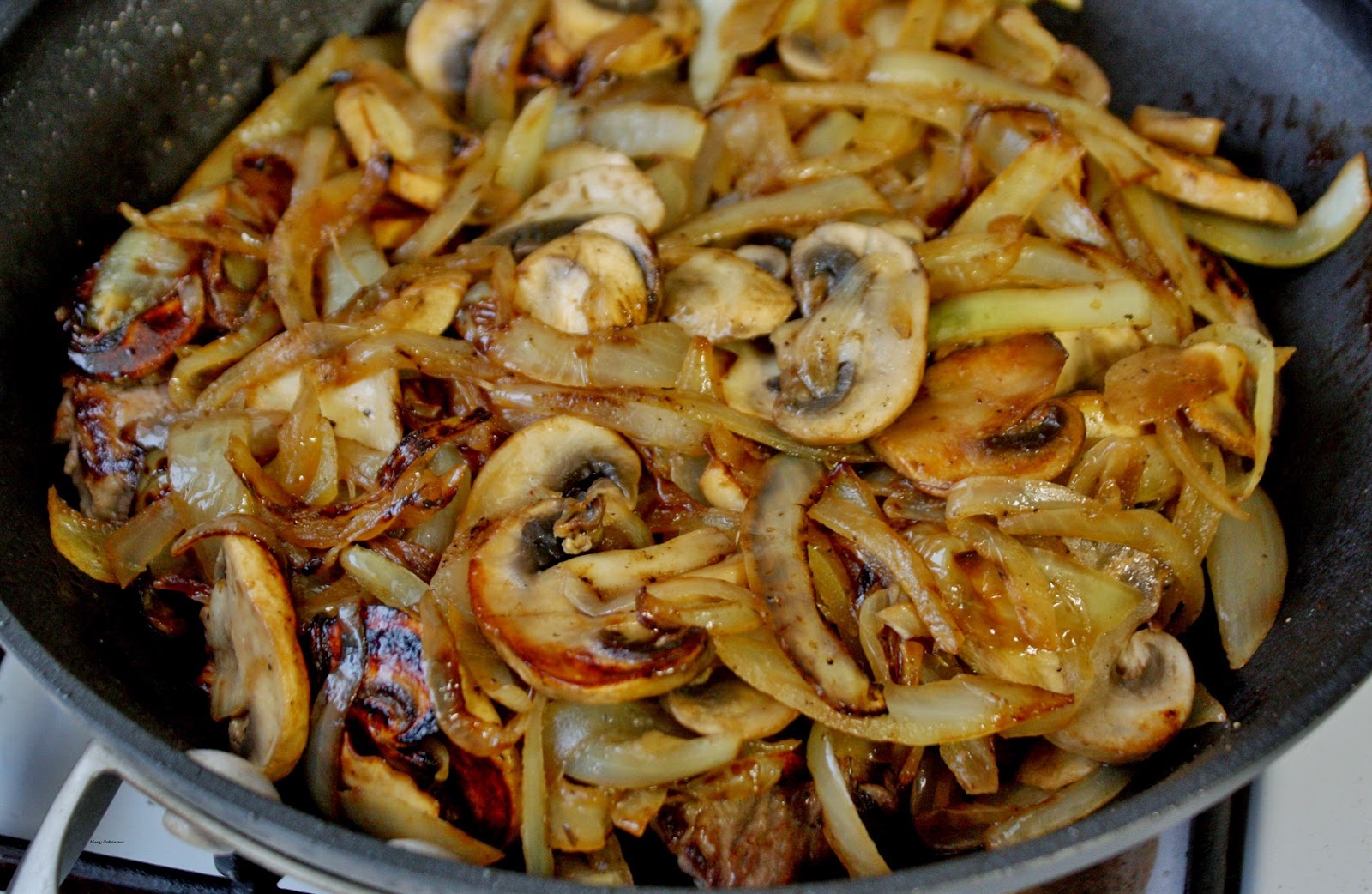 Now top those steaks!  I also sliced some potatoes up (1/4 inch thick) and fried them up to a crispy on the outside, fluffy on the inside texture.  Steak, mushrooms, onions, potatoes...a sincerely winning combination!!! 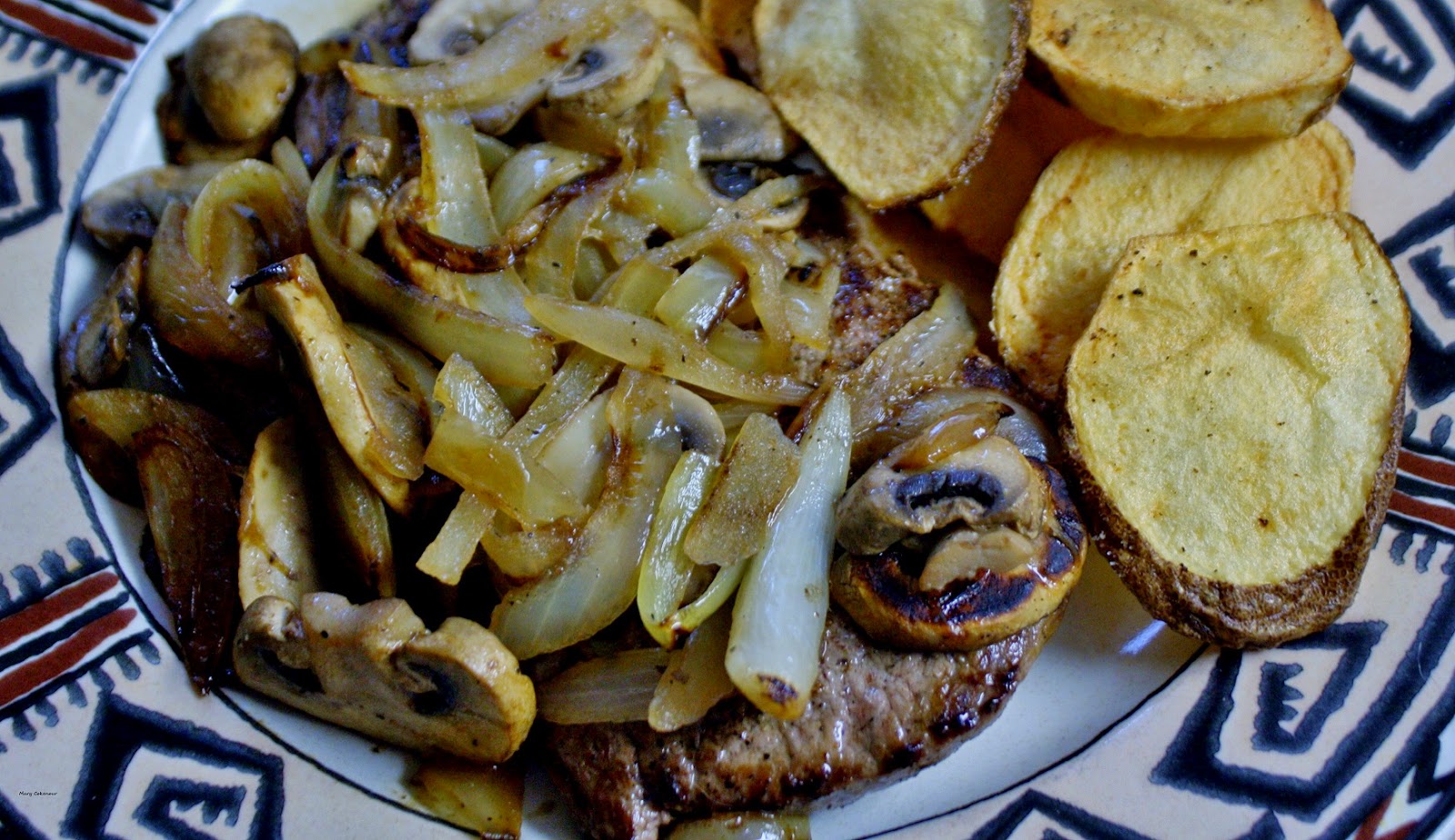