Originally, Taco Time resided inside the Shell Station in Blanding and Monticello.  After being taken over by the 7-11 Corporation, Taco Time was to be replaced with Dos Amigos; Blanding opened, but Monticello did not.  It has now been one year, so it was time to try out this new Mexican restaurant which is basically Mexican "fast" food of sorts.

﻿ The shredded beef, sweet pork and chicken are cooked up fresh each morning; while the vegetables are chopped and diced fresh as well.  However, several of the items, such as Taquitos and French fries, are purchased frozen; tortillas are also purchased in bulk.  Each order is cooked up as needed, so no premade items are sitting under a heat lamp all day long.  The menus are written on chalk boards over the counter; read them well as there are several choices on how you want your food cooked...plain, smothered or loaded. 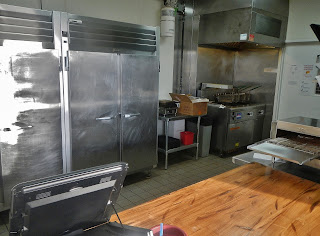 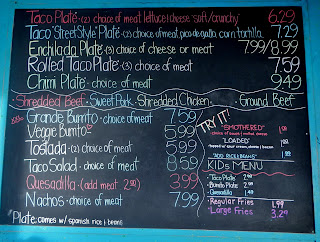 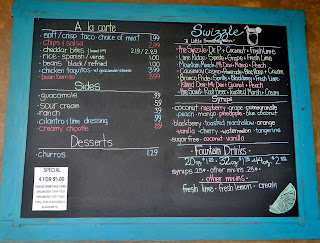 ﻿ The Grande Burrito and Chimi Plate are bursting with your choice of filling; the Tacos have just enough to keep the tortilla from falling apart in your hand.  All come with shredded lettuce and diced tomatoes; sour cream, guacamole and dressings are considered extras.  Now while we're used to burritos and chimichangas being deep fried, these were rolled and put through a rolling heat unit.  Therefore, it's recommended you get the smothered version for added texture and flavor; plain just doesn't cut it.  However, if you want something really different, order the Rolled Taco Plate; three tacos that are stuffed, rolled, then deep fried; now this is good stuff!  The Spanish Rice has a slightly spicy flavoring and is moist, while the Refried Beans are firm and served with melted cheese on top.﻿ 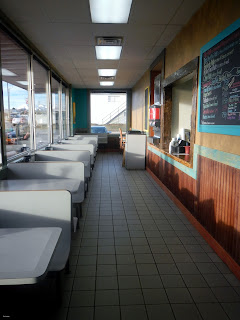 Booths line the window side of the building for dining in, but your orders can easily be boxed up for picnicking in the park.  The staff are friendly; smiling while taking your order, or helping you decide what would satisfy your appetite the best.  Do not be dismayed by the idea of Mexican food being served out of a gas station; you might just be pleasantly surprised. 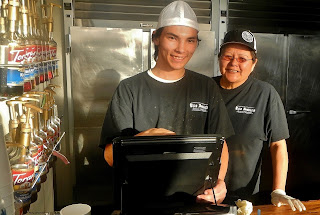