Is Thanksgiving Just a Reminder of How to Act?

Sometimes I get in a rut; same old main meals, side dishes and desserts.  This past Thanksgiving though, I got my brain in gear and made a dessert I haven't made in years...Peanut Butter Cream Pie.  See, for Thanksgiving, we've been going down to the home of our friend's dad, Richard Watkins.  It simply became a family tradition; yes, we're considered family and we consider the Watkins clan our family as well...a natural progression of sorts.  Dad loved that pie, as soon as I said the name of it, he was, "I want that peanut butter pie!"

No long, drawn out story about the pie; the source is Amish and it was an easy recipe to find back in 2011.  Since then I've seen more variations on the recipe, most adding cream cheese, basically to make the filling firmer.  I'm sticking with the vanilla pudding mixed with whipped topping; ooey gooey goodness!

I know Thanksgiving is the holiday of being grateful, thankful and full of sharing which we practice, in our lives, throughout the year anyway.  However, I've come to the opinion that the holiday has become a reminder holiday for a vast majority.  A vast majority of those who forgot where they came from, the hard work and diligence for simple survival, and how they were thankful when helped by others.  The attitude of the descendants is, "We got ours, we're not letting anyone else get their's."  Gee, and they wonder why people dislike them intensely and make fun of them...hint, you're acting like complete fools, and fooling no one.  Karma can be a "roll right over you and hard" bitch, so to those people a little advice, stop pissing off Karma unless you enjoy being punished.  Now that's going into the realm of S&M, and I'm not going there!

So, enjoy the holidays, be kind to everyone no matter what imaginary resentment you were trained to feel, and Karma might just give you a smile instead of a slap upside the head. 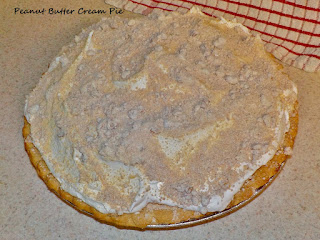 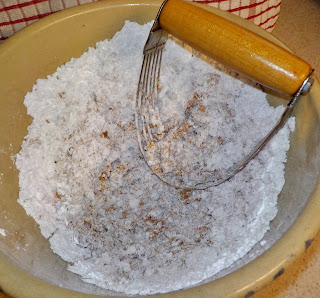 In a small bowl, cut together the powdered sugar and peanut butter until it becomes crumbly.  Spread out half of the crumbs in the bottom of the pie crust. 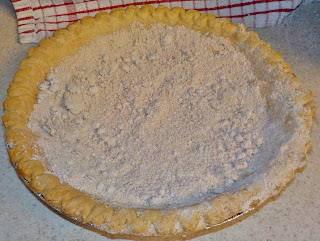 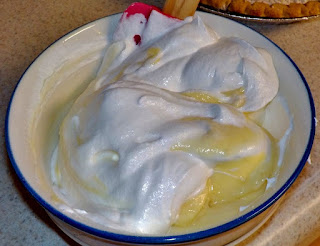 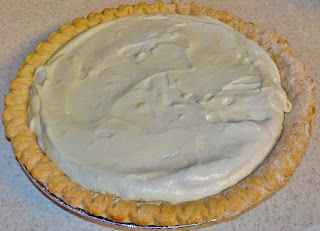 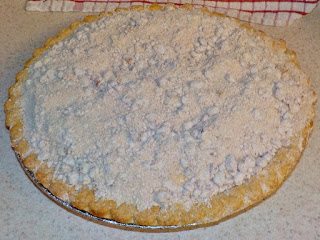 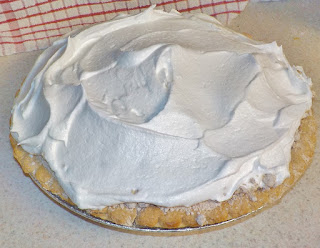 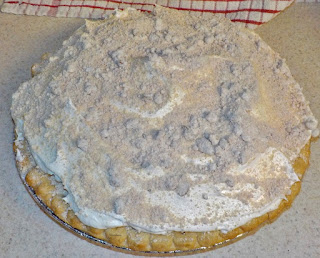 Refrigerate for one hour before serving.

Posted by Mary Cokenour at 5:17 PM