With St. Patrick’s Day just around the corner, what better way to honor the Irish then to write about the potato?  In August, 2017, my article on the Four Corners Potato Project appeared in the San Juan Record.  The potato was first domesticated in an area of South America which is now known as Peru and Bolivia, between 8000 and 5000 BC.  Makes sense that it traveled upwards into Mexico, and the southern section of North America.  Now how did it get to Europe, and most especially, Ireland?  Explorers, adventurers, and conquerors of course.

Sir Walter Raleigh brought potatoes, from the New World, to Ireland in 1589; planting on 40,000 acres of land, near Cork.  About 40 years later, the potato had spread across Europe, being found easier to grow and cultivate than other staple crops, such as wheat and oats.

While the potato became a main food source in Ireland, it also became a major reason for the Irish to board ships, and sail to America.  “The Irish Potato Famine, also known as the Great Hunger, began in 1845 when a fungus-like organism called Phytophthora infestans (or P. infestans) spread rapidly throughout Ireland. The infestation ruined up to one-half of the potato crop that year, and about three-quarters of the crop over the next seven years.”  (Source: https://www.history.com/topics/immigration/irish-potato-famine)

While there are hundreds of varieties of the potato sold within the United States, there are more varieties worldwide.  In the Andes, there are approximately 4000 (!) Native varieties, but unfortunately not all are edible.  In the United States, the ways to cook a potato are just as diverse as the varieties: steamed, boiled, roasted, fried, mashed, shredded, sliced, diced, plain, seasoned, mixed with vegetables, in a casserole, as a side, and so on, and so forth.  In this article, I will be focusing on two methods: hash browns and home fries. 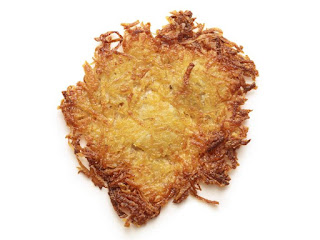 Now why these two particular styles?  Long story short, a waitress at a restaurant served me hash browns, when the menu clearly stated home fries.  I questioned her about the “mix up”, to which she stated, “They are the same thing!” and walked away.  As much as she had poked my ire, Energy can neither be created nor destroyed; energy can only be transferred or changed from one form to another.  The energy of my ire, was exchanged into a lesser tip.

Hash browns are typically potatoes that are shredded, then fried (butter or oil) in a skillet, or on a grill top, until both sides are browned, and crisped.  My husband and I do find this style to be, well, boring.  When I make hash browns, it is on the same morning I have fried up bacon in the skillet.  The shredded potatoes, diced green and red bell peppers, diced red onion (sweeter), and black pepper go into the bacon fat sitting in my skillet!  Five minutes on one side before flipping it over, five more minutes; another flip and then I just let it sit and brown away for 5 minutes; flip, another five minutes.  20 minutes (on high heat) and the most awesome hash browns!  That's right, I am a kitchen doctor; I doctored those shredded potatoes until they were ready to jump out of the skillet and join a conga line. 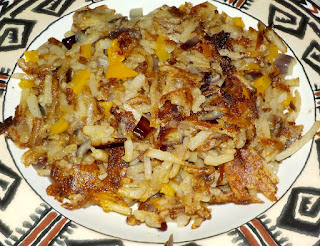 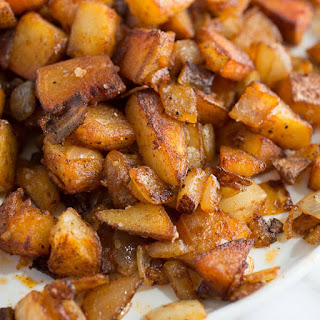 Home fries, aka Country fried, are potatoes that have been sliced (1/4 inch thickness), or roughly chopped (size consistency though gives uniform cooking); again, fried in a skillet or grill top.  However, this is where the experience of a cook truly shines with the taste, texture and consistency.  Butter, oil, or a combination of both plus seasoning, and added vegetables, usually onions and garlic, sometimes bell peppers.  Sort of like what I do with my version of hash browns.  Now for those who have gotten a version of home fries that is simply fried up, bland potatoes; allow me a moment to shed a tear for your loss. 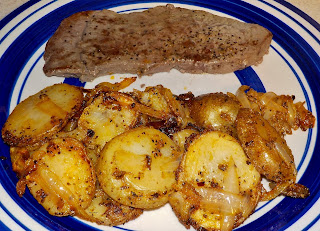 My version of home fries can be eaten as a side with any meal; breakfast, lunch or dinner.  In fact, the evening, of the previously mentioned breakfast, we had grilled steak with home fries, and we were quite sated. 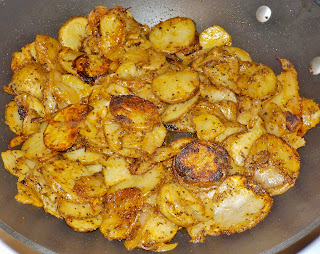 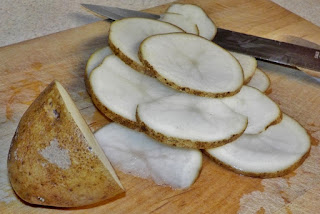 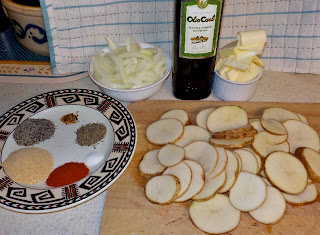 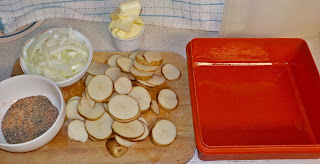 Grease the bottom and sides of a 2 quart microwave safe casserole dish with olive oil. Start layering potatoes, onions, seasoning mix and 1 Tbsp. butter; should make 4 layers of each, total.  Reserve 2 Tbsp. of butter to use for frying later. 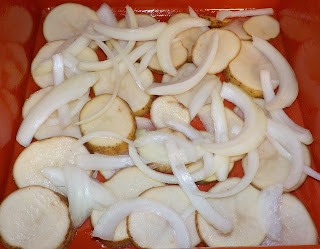 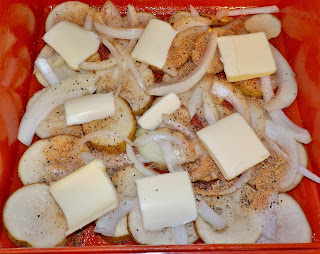 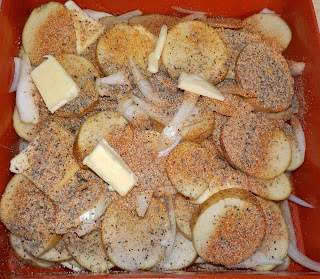 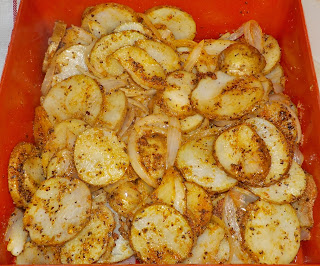 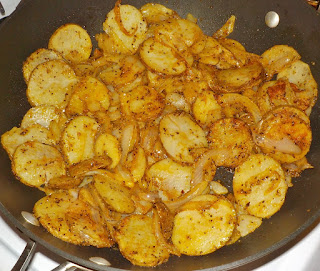 In a large skillet, on high heat, melt reserved butter. Place contents from microwave dish into skillet; fry potatoes until browned, about 10 - 15 minutes.

There you have it, hash browns vs. home fries, or my version of this tournament that will, most likely, never air on pay-per-view.

…and now for a little self-promotion, I am now doing Food Vlogs.  That’s right, you get to see my crazy self, teaching you how to cook recipes such as Lasagna, Homemade Pasta Sauce, Cream Puffs, Garlic Bread and more.  Also included are Food Shorties – Kitchen Tips, Tricks and Hacks.  My Youtube Channel can be found at: https://www.youtube.com/channel/UCx5jpfW-H2m25wcdbp2UZbw/featured?view_as=subscriber  which is really long to type in, so just go to Youtube ( https://www.youtube.com/ ), type my name, Mary Cokenour, into the Search box, and there I am!  Please Subscribe, and you’ll be notified every time a new food vlog is uploaded.

Food Vlogs scheduled for the future are Meatballs, Ham and Bean Soup, Copycat of Papa John’s “Papadias”, and lots more!

Posted by Four Corners Foodie at 11:54 AM