Before anyone gets their knickers in a twist, let me ease your minds by stating that the title, and subject matter, are not even close to being politically incorrect.  Though we live in Utah which is most definitely Native American lands (primarily Ute and Navajo), doesn't mean we cannot enjoy Indian (and that is from India) cuisine. Fooled you good, did I not? We are here to enjoy cooking, so let’s leave politics to others, shall we? 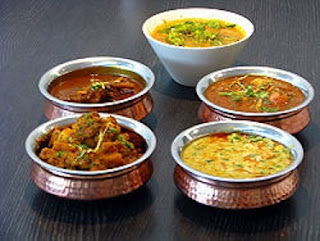 Now if you are familiar with Indian cuisine, you have probably heard of, or tried, curry, tandoori and masala.  Curry is a basic term for dishes originating not just in India or Pakistan, but Thailand, Japan and most Asian cultures. It is a collection of spices, herbs, dried and/or fresh chile peppers which gives a dish its particular taste and heat. Often the curry plant will be confused as the main ingredient for curry, but this is not so. The plant resembles lavender in structure, but smells and tastes similar to sage. I highly recommend it for jazzing up chicken salad. 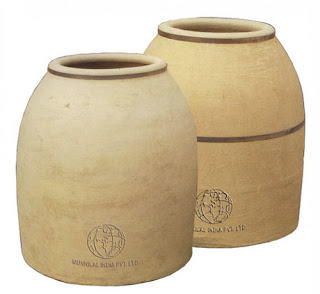 Tandoori is actually a method of cooking using a clay, cylindrical oven called a tandoor. A most popular dish is Tandoori Chicken, an Indian and Pakistani dish consisting of roasted chicken prepared with yogurt and spices.  Raw chicken (skin removed) is marinated in a mixture of dahi (yogurt) and tandoori masala; a spice blend of roasted, then ground, coriander seeds, cumin seeds, mustard seeds, cinnamon stick, bay leaves and mace.  It is seasoned and colored with cayenne pepper, red chili powder, or Kashmiri red chili powder, plus turmeric.

Masala is a combination of ground spices; garam refers to the intensity of the spices, not to the heat of the chile peppers.   Also referred to as Allspice or Jamaican pepper, its aroma is similar to clove, black pepper, nutmeg and cinnamon.  It is usually added last in the cooking process to keep it from getting bitter if cooked too long.  Do not confuse Garam Masala (spices) with Marsala (wine), or you will be in for a big surprise if you do not enjoy spicy food. 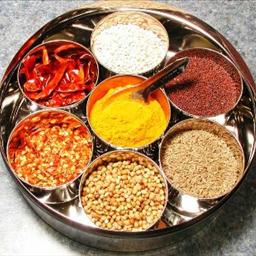 Garam Masala can be purchased at online herbal and spice sites, or you can make your own at home.  If stored in an airtight container, the powder can last up to four months. While you can use a mortar and pestle or a blender to ground up the spices, I recommend a typical electric coffee grinder. I have two, one for grinding up my coffee beans and one for grinding up herbs and spices. I labeled the latter one, so my coffee does not accidentally taste like my herbal pantry. To make Garam Masala, you are using whole seeds and pods which will be toasted before grinding; the toasting will intensify the flavors.

Now after making Chicken Tikka Marsala, may I suggest a movie, for viewing, while dining?  The Hundred-Foot Journey (2014), featuring Helen Mirren, is the story of a displaced Indian family.  They open an Indian cuisine restaurant across the street from a very fancy and classy French restaurant, run by Helen Mirren’s character.  While viewers will drool over the various recipes created throughout the movie, the story itself will tug at the heart.  There will be laughter, sadness, smiles, anger, and at the end, a whole feel good sensation.

2 small dried chile peppers (stems removed, but not the seeds)

In a medium skillet, over medium-high heat, add all the ingredients, except the nutmeg and mace; stir often until the cumin seeds darken to a deep brown. Do not worry if the ingredients crackle or smoke a little; it's all part of the toasting process.

Chicken Tikka Masala is basically a two part process where you would make Chicken Tikka, then make a sauce using the Masala mixture. Feeling scared? Just think of it as making a basic meal, for example Chicken Fried Steak, and then making the gravy for it. Same idea, just another country's cuisine.

Mix all ingredients, except chicken and butter, in a medium bowl and transfer to large plastic sealable bag.  Add the chicken and make sure to coat completely; seal the bag and refrigerate 8 to 12 hours; the longer the better. 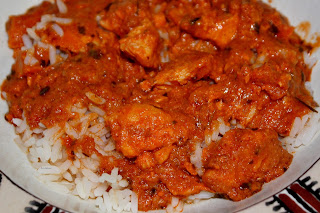 In a large skillet, over medium-high heat, sauté onion until softened and edges begin to brown; add the tomatoes and cook for 6 minutes.  Add in garam masala and heavy cream; cook for 2 minutes before adding in the prepared Chicken Tikka.  Coat all chicken in sauce, let cook additional 3 minutes.  Serve over rice.

There you have it, Indian cuisine that will inspire you to explore.

Posted by Mary Cokenour at 7:03 PM