Alternative Fact – The Cake is a Lie!

Players of the first person, puzzle solving, video game “Portal” will recognize the phrase, “The cake is a lie.”  A supposedly sweet little girl motivates the player to continue on through a deadly maze, the promise of a cake and party when completed.  The recipe itself is seen on computer screens, often recited throughout the game.  The catch?  The recipe contains many inedible ingredients; if the cake is eaten, the player would die anyway.


"Alternative Fact", a term spoken by Kellyanne Elizabeth Conway (American political activist currently serving as Counselor to President Donald Trump) in January 2017.  She claims the US media developed a definition which was not necessarily the meaning that Conway intended. A politically declared "fact" that does not match reality; a fiction, a falsehood, a lie, not a fact.  In other words, a politically correct term that means "it's a lie" without being nasty sounding.


In other words, you have this seemingly intelligent, pleasant looking, woman telling you one fact, while the players (American public) are believing a lie and continue on with the game.  Or that is what the media is intending for us to believe; are they trying to get us to follow the cake?  Main problem is, people are too ready to be sheeple; to follow the shepherd without questions; without bothering to do research to figure out what is true, what is the lie.


Anyway, I do not have the time nor patience to get into political fights, not debates, not arguments based on facts, but knock-down, drag-out fights, mostly based upon “alternative facts”!  Whether it is for or against our new President; whether it is for or against the Bears Ears National Monument; people are ready to fight, verbally and physically on social media.  I have seen family, friends, virtual strangers blast with cruel words; threaten to kill; unfriend, block and refuse to speak to each other ever again.  I, myself, have been unfriended and blocked for refusing to pick one side or the other 100%; I’m either with the “correct” crowd, or I’m an enemy.  I have even heard from several sources that I have declared whether I am pro or con on an issue.  Really?  Would be so nice if these “gossips” would have the politeness and courage to outright ask me before signing me up to their cause!  Why having me on their side is so important leaves me clueless. 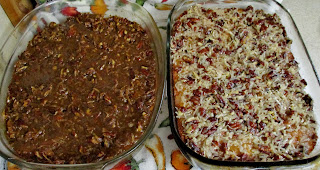 Now that the venting is out of the way, let me get to the true purpose of this article, “the cake is a lie”.  Recently I found, again on social media, a recipe for a “poke cake” (poke holes in cake, pour liquid frosting over top) called “Do Nothing Cake”.  Personally I am not a fan of poke cakes; the flavor seems to be concentrated at the “hole” sites, doesn’t seem to infuse the entire cake.  Other folks love them as they are quick and convenient to make, especially when going to a social event; to each his own and I applaud that.  For a test, I made one cake according to the recipe, using all-purpose white flour and granulated white sugar.  The second cake I used coconut flour and unrefined coconut sugar; often used in gluten free cooking and baking.  If you remember one of my previous articles, I made coconut pancakes with these products and they were quite yummy!  How could I go wrong baking a cake then?

After both cakes were baked, frosted and ready to eat, Roy and I decided to taste test first, before asking others for opinions.  The “Do Nothing Cake” was moist, slight pineapple flavor in the cake; the chopped pecans were a bit overwhelming for both of us.  Now the cake made with the coconut products, oh dear; the batter had been more like a soft cookie dough. While moist the cake was very “gritty”, had a terrible mouth feel, and was simply downright awful!  Poor Roy and myself, we couldn’t get that one bite out of our mouths quick enough; and the entire 9” x 13” cake went immediately into the trash bin.  My usual guinea pigs couldn’t be put through this horrible ordeal; Roy took the first cake to his mom’s house, and she’s loving it.


Now the point of me telling you of my baking failure is to help you realize; you can’t tell the lie from the truth if you don’t investigate it yourself.  By the way, social media is for socializing, so start being nicer to each other; less stress that way. 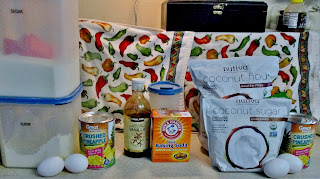 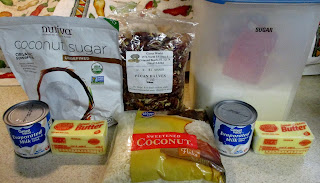 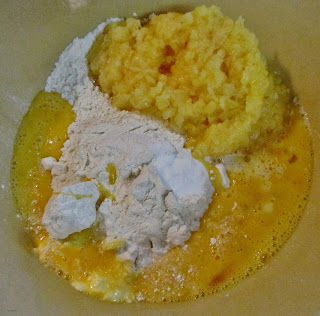 2 - In a large bowl, Whisk together all the batter ingredients until just combined. 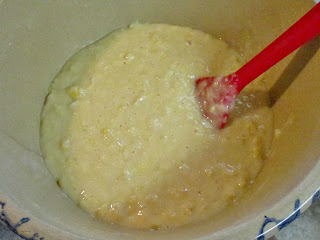 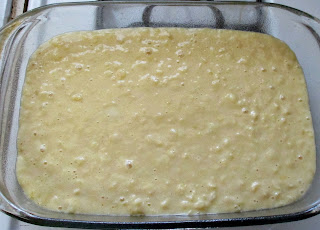 3 - Pour into a greased 13×9 baking dish, and bake for 30-40 minutes or until a wooden toothpick, inserted in the middle comes out clean. Don’t over bake.

4 - While cake is still baking, prepare the frosting.

5 - Heat the butter, sugar, and evaporated milk in a small saucepan until boiling.

6 - Cook and stir for about 5 minutes, or until slightly thickened.

7 - Remove from heat and add in the coconut and pecans. 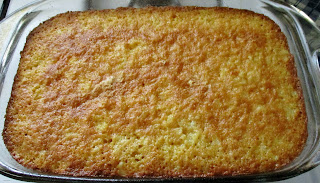 8 - Remove the cake from oven, and using a kabob skewer or wooden spoon handle, or some similar-sized object, begin poking holes in the cake. 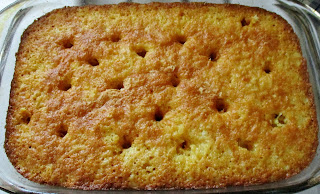 9 - You need holes so that hot frosting has plenty of room to get down and soak the cake. 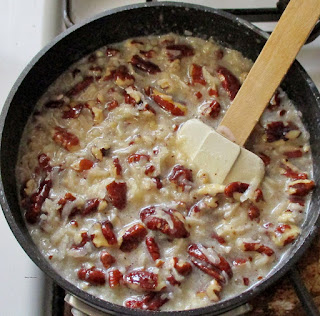 10 - Pour frosting over the hot cake, spreading it out to make sure it’s all evenly dispersed. 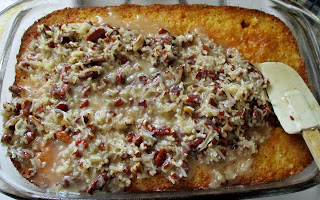 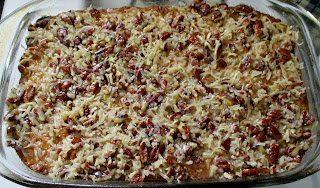 11 - Allow cake to cool for a bit before cutting. 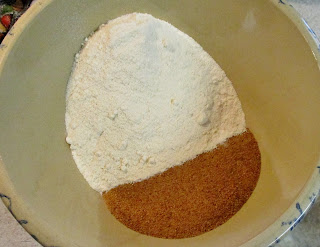 For the “alternative fact” cake; used equal amounts of coconut flour and sugar in place of all-purpose flour and granulated sugar. 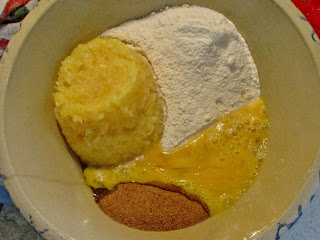 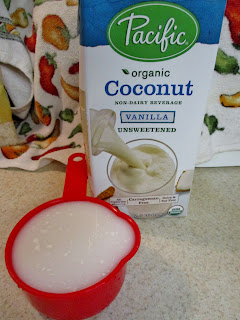 Add one cup of coconut milk to the coconut product cake ingredients; otherwise “batter” is crumbly. 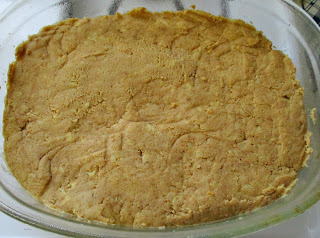 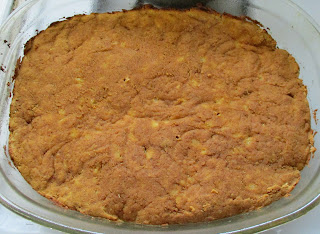 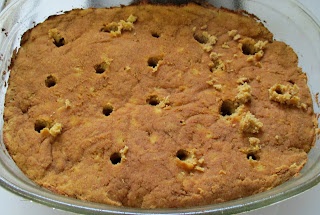 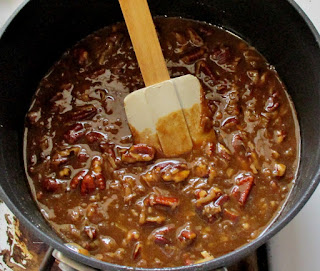 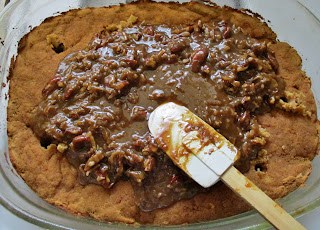 A large rubber spatula worked better, for both cakes, than a whisk.