Bruschetta Without the Bread.

Whenever Bruschetta is on a menu, it is usually listed under "Appetizers"; an Italian antipasto made with grilled bread as the base ingredient. Recently I received an eggplant and figured I would make the same old, same old eggplant parmigiana; Roy and I don't like eggplant, so this dish usually goes to his mom. Then I saw a recipe on Facebook that used eggplant as the top and bottom of a sandwich type appetizer/main course item with spaghetti and sauce as the filling. While the photo looked pretty, I truly didn't see the point of it; but it did get my mind going into a creative direction.

To the refrigerator I went to look for ingredients that would work with the eggplant; Roma tomatoes and mozzarella cheese, but then I spied the chicken cutlets I had defrosted for another recipe.  Suddenly the picture of the recipe I was to make came into my mind like little photos, and I was off!  The eggplant would be the base ingredient, just as bread was for bruschetta; olive oil, garlic, , Italian herbs, tomatoes and cheese were a given.  The chicken, however, would give the entire dish a new dimension in flavor and texture; this would be one of those recipes that could be an appetizer or a main meal.

Enough chit chat and lets get to cooking... 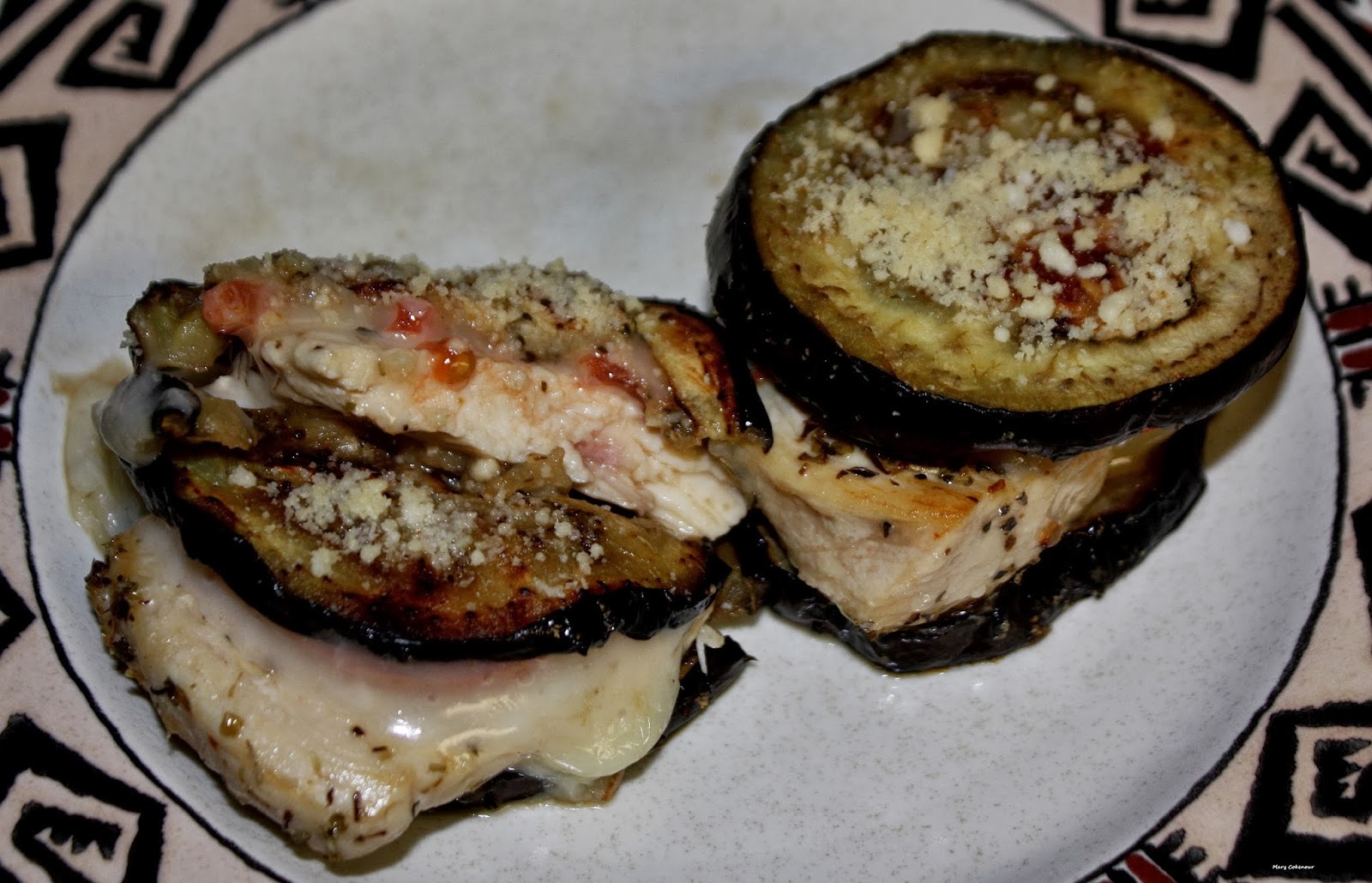 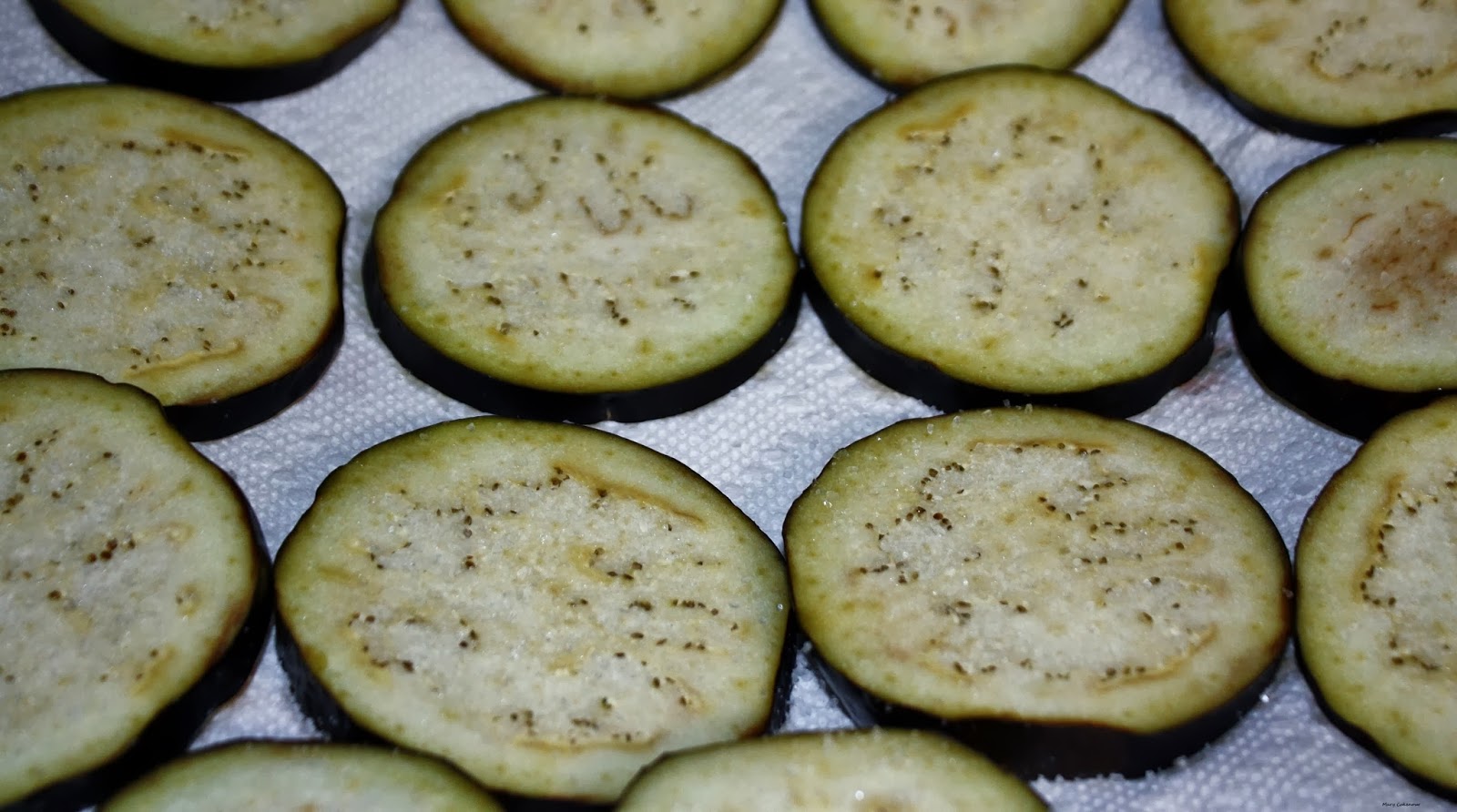 Line a platter or baking sheet with paper towels; lay out eggplant slices, sprinkle with salt and cover with additional paper towels.  Wait a minimum of one hour before pressing the paper towels onto the eggplant to remove excess water that has been drawn out by the salt. 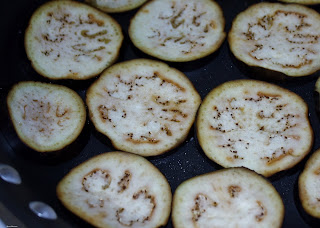 Heat 2 tablespoons of oil, medium-high heat, in a large skillet; place eggplant into skillet, brown one side, turn to brown other side and sprinkle garlic powder over first browned side.  Remove to paper towels. 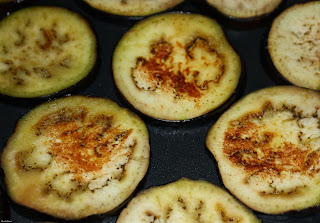 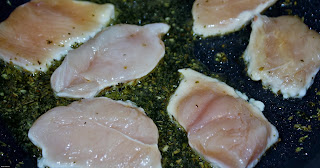 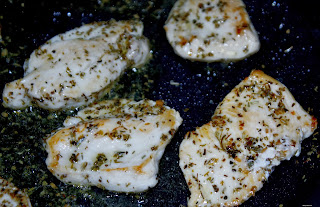 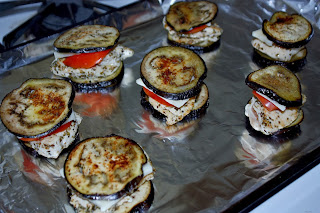 Build a stack: eggplant slice, chicken piece, tomato slice, cheese slice, eggplant slice.  When all stacks are made, place on the baking sheet and top with 1/2 tsp of grated cheese.  Bake in oven for 5 to 7 minutes to allow mozzarella cheese to melt. 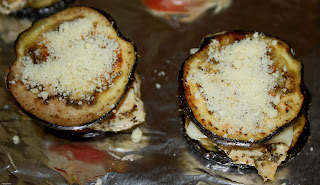 Posted by Mary Cokenour at 3:00 PM