What happens when you can't decide if you want to make Burritos, Enchiladas or Fajitas?  You make all three in one main dish, three Mexican recipes in one, a Mexican Trifecta.  Ok, fajitas are technically classified as Tex-Mex, a recipe developed within the United States with Mexican influence, so it sort of counts as part of the trifecta.

I tried looking up the differences between burritos and enchiladas, but American influences (mainly California and Texas) have blurred the line between authentic and invented.   On one question/answer site, a man stated they were invented in California because, "he's eaten so many of them there for the past 6 years"...ummm, ok.  Authentic Mexican burritos are usually small and thin, with flour tortillas containing only one or two ingredients: some form of meat or fish, potatoes, rice, beans, asadero cheese, chile rajas, or chile relleno.  Authentic Mexican enchiladas are rolled maize (corn) tortillas stuffed with meat, covered with a tomato and chili sauce; this food practice can be dated back to the time of the Mayans.  Nowadays, burritos can be served up in a casserole dish, covered in cheese and sauce; or heated and browned on a grill as is to make it easier, and less messier, to walk around with.  The tortillas for burritos are closed ended, enchiladas are open ended; fillings are basically "anything goes".

Usually the tortillas are long length after rolling, even for the burrito; mine became square shaped packets, not intentionally, just ended up that way.  The taste, after complete cooking, was pretty awesome as is, but add a little sour cream and/or guacamole and they became exceptionally awesome!  There were so many textures and flavors, and they all worked so well to enhance each other. 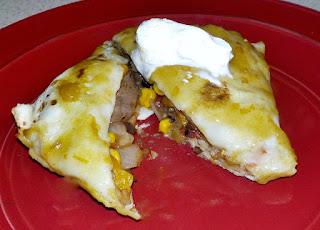 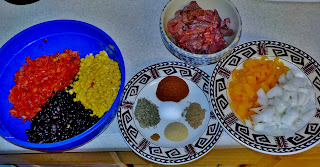 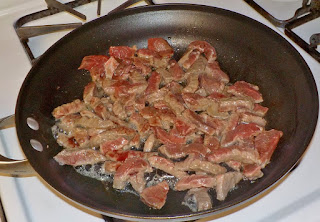 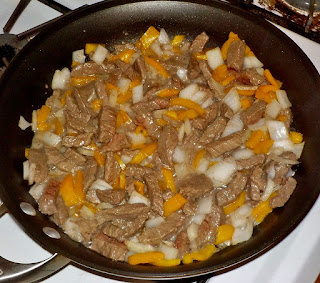 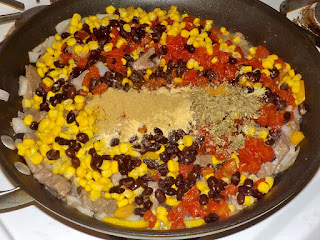 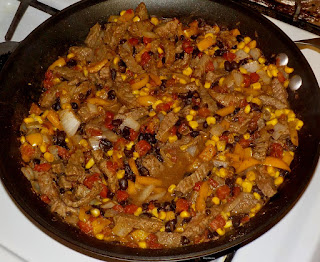 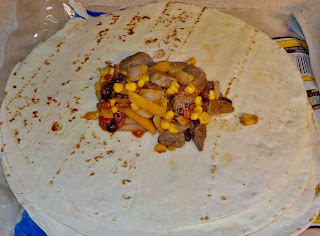 In center of each tortilla, place one cup of meat/vegetable mixture.  Fold up long sides of tortillas over each other, fold up short sides to create a square packet; place 6 packets inside each baking dish.  Top each packet with 2 tablespoons of enchilada sauce; bake for 30 minutes. 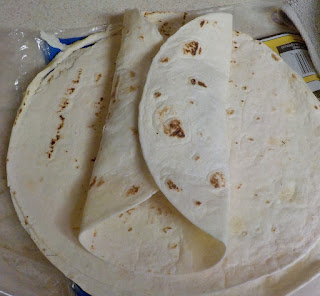 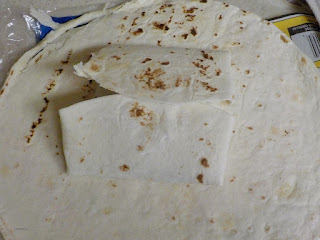 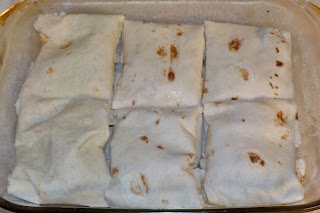 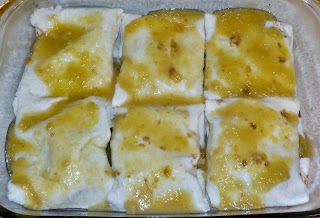