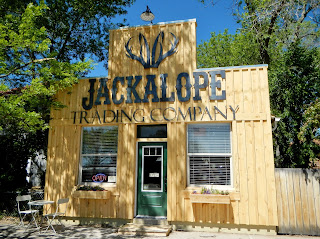 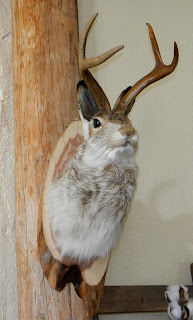 The Jackalope, aka The Warrior Rabbit, was first encountered by John Coulter, the first white man to set foot inside, what is now known as, the State of Wyoming.  By the 1940s, Douglas, Wyoming was known as the “Jackalope Capital of the World” being overrun by the pesky critters.  The legislators knew a good legend, and tourist draw, when they saw it, so in 2005, the Jackalope became Wyoming’s “Official Mythical Creature”.  These creatures are most definitely not on the endangered species roll, so the Douglas Chamber of Commerce issues thousands of Jackalope hunting licenses; despite rules specifying that the hunter cannot have an IQ higher than 72 and can hunt only between midnight and 2 a.m. each June 31st.

Now for those of you (yes, the two of you) who have no clue as to what a Jackalope is, it is a species of antlered rabbit, mostly brown in color (genetics does produce other colors occasionally), between 3 to 5 pounds in weight, and can travel up to a speed of 90…yes, 90, miles per hour.  They’re said to be a cross between a pygmy deer and a vorpal bunny (ala Monty Python and the Holy Grail), therefore, extremely aggressive and vicious.  This species is not North American specific, but has cousins in Germany (wolperdinger) and Sweden (skvader) with illustrations depicted in 16th century scholarly works!  Then, of course, there are those who have to take the fun out of the legend by stating a virus called papillomatosis, or Jackalopism, creates certain growths, caused by a parasite, to harden on the top of a rabbit’s head, resembling horns. 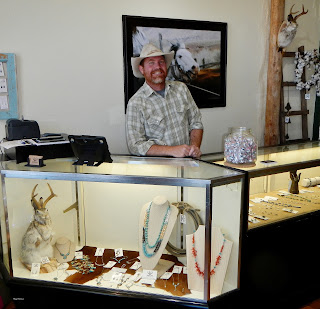 Local artisan, Melinda Redd (formerly of Michigan) and husband, Adam Redd (born and raised in Monticello, Utah) have taken the Jackalope, the historical concept of the trading post, and the aura of the Southwest to create a unique shop.  Jackalope Trading Company opened in June 2017 after many months of renovation, persistence and hard work.  Entering inside, you are greeted with warm, welcoming smiles; southwestern/blue grassy music plays in the background.  The wood plank flooring and log beams; antique furniture and goods for sale throw you back to the 1800s when the West was being won. 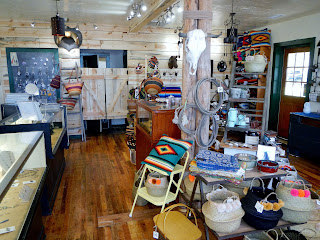 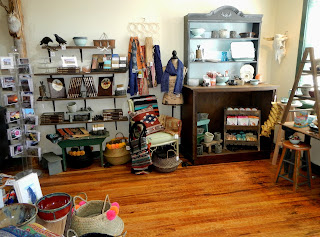 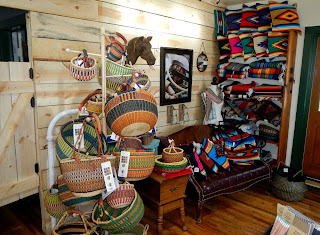 Melinda Redd is a renowned photographer, artist and jeweler; her crafts are displayed around the shop and upon the walls.  This was her inspiration, to show and share her craftsmanship with locals and visitors alike.  However, Jackalope is not just all about Melinda; local artisans of San Juan County, or Utah, are seen, “Buy Utah” is the main theme in goods for sale.  Native American jewelry, with certificates of authenticity, are carefully watched over by one of the Warrior Rabbits.  The Free Trade program is exhibited in the beautifully crafted baskets from Africa and Vietnam; a good cause to help these countries develop business and employment.  There are food items also, such as dried sausage and sweetly delicious licorice (my favorite!). 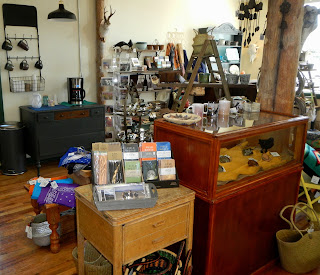 Visiting Monticello and can’t carry all your purchases with you?  Melinda and Adam will gladly ship it to your home, or other location, even if they’re a gift.  Special orders are a pleasure to create!    A small town shop that will certainly succeed with the support of Monticello’s small town community, and visitors, like you!