Heads up, this will not be about the Mormons and their travels to Utah in 1847.  No, I am going ahead in time to 1914 with the establishment of “Russian Settlement”.  It is not known if the settlers there had another name of this now ghost town in the Park Valley area of Box Elder County.  By 1917, the residents had moved to either California, or towards Salt Lake City; continual crop failures, children sent to outside schools, supplies not shipped in as promised broke them.  The only remnant that the town ever existed is a little white fence built around two gravesites, Anna Kalpakoff, who was accidentally shot by her husband, and her sister-in-law, Mary Kalpakoff, who died during childbirth.
These settlers were Molokans, a Russian Protestant-like Christian sect; this particular group belonging to a sub-sect called the “Jumpers and Leapers”.  These believed they were visited by a manifestation of the Holy Spirit, held revivals with intense zeal, reporting miracles that rivaled the stories from Christ's apostles.  Molokans were also pacifists; they refused to bear arms, or join with any of Russia’s military forces.  Life in Russia became exceptionally difficult, for any religious sect, after the publishing of Karl Marx’s “Communist Manifesto” (1848); with Lenin finally overthrowing the Emperor and his court in 1918.
As with any other persecuted religious groups (Amish, Mennonite, Puritans, Quakers, Mormons), moving elsewhere to find freedom was a very good idea.  As with any immigrants that came to the United States, they brought with them culinary goods they could carry and recipe books.  America is called “The Melting Pot”, a gigantic living, breathing, working version of the child’s book, Stone Soup.  Picture this, the country is the cooking pot being filled with ingredients from every ethnic, religious, racial populace that has settled its lands.  Our language which we call English, is a variation of Olde English, Spanish, French, German, Latin and a few others thrown in as seasonings.  While we are all American, sometimes we tend to forget where our ancestors truly came from; we have forgotten, or not bothered to learn ancestral histories.  We also tend to forget that our ancestors were not that welcomed by residents already well-established here; they had to fight for their, and your, rights.
There is your mental meal to chew upon, now something to prepare for dinner to make your stomachs happy.  Since I have brought up Russia, a popular meal prepared with either beef cubes, strips or ground is “Beef Stroganoff”.  The history behind this dish is vague: #1 – 1850s created by a chef for Count Grigory Stroganov who had rotten teeth and needed the meat to be very soft.  #2 – 1891 created by French Chef Briere for Count Pavel Alexandrovich Stroganov; using shallots.  #3 – 1871 Elena Molokhovets writes a cookbook for young housewives; her recipe uses mushrooms, onions, bouillon, allspice and mustard.  None of the recipes include the use of egg noodles, rice or ground beef; those are strictly American inclusions along with the invention of cream of mushroom soup and crock pots.
Personally I have made many versions of Beef Stroganoff using lean meat or ground beef; in a skillet or crock pot; sauce made of sour cream or cream of mushroom soup.  To avoid any disappointments, always make sure to drain any excess oil after browning the beef; who enjoys a slimy sauce really?  When using beef cubes or strips in a skillet, tenderize the meat overnight with a drizzle of red wine vinegar; breaks up the fibers and even Count Grigory’s teeth would   appreciate it.  Ground beef (90% or higher lean) is the quickest to brown in a skillet and this is the recipe I will now share.  Enjoy! 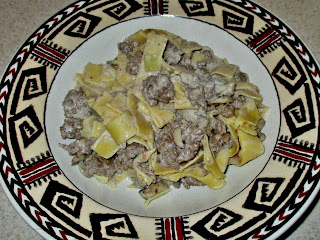 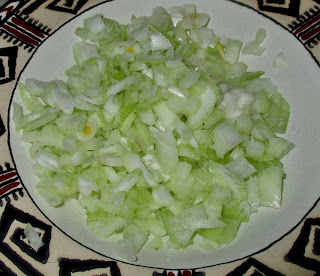 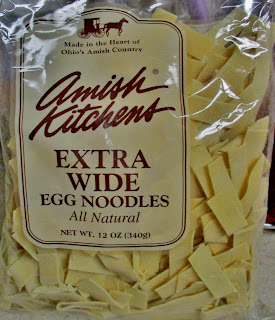 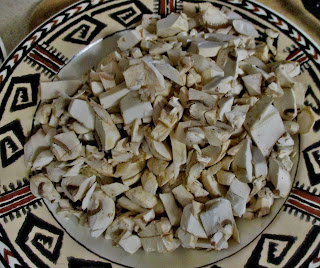 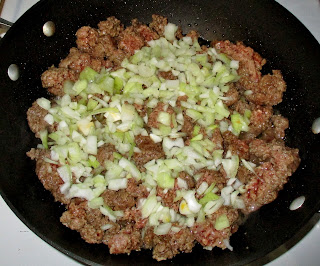 Prepare noodles according to package instructions; begin browning meat, medium-high heat, in 12 inch, deep skillet.  When meat is partially browned, add onions and continue to brown until no pink shows in meat; drain any excess oil. 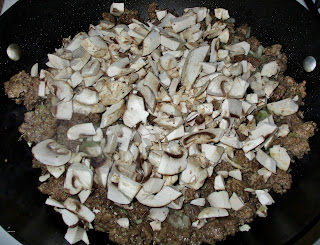 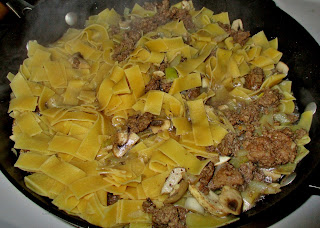 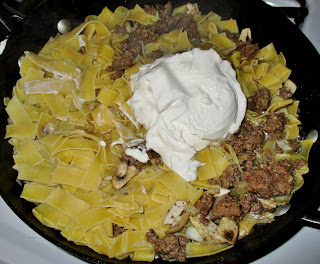