In one of my baskets, from Bountiful Baskets, I received a dozen Poblano peppers. Normally I would roast them, remove the charred skins and do whatever I wanted to afterwards; make green chile sauce, perhaps Chile Rellenos for my hubby.  Not this time however; I put them in a bowl, standing with the stem upwards, and promptly forgot about them for about two weeks.  They were in a cool, dry place and when I wandered in and found them, they had turned lovely shades of orange and red, but had not dried out.  Ruined?  Far from it; when Poblano peppers turn those lovely shades of color, they sweeten and get hotter.

Experimental cooking time!  Hmmm, chicken is always a good palette; hey, I've got some salsa and two boxes of yellow rice mix...chicken and rice, but lets spice it up a bit more...Oooo, cheese, have to have cheese on this!  Brought a portion over to a friend to try, love when friends don't mind being my guinea pigs; she enjoyed the dish, I enjoyed it, I would say this experiment was a success!!!  No more words, except for the recipe and let the photos do the rest of the story telling. 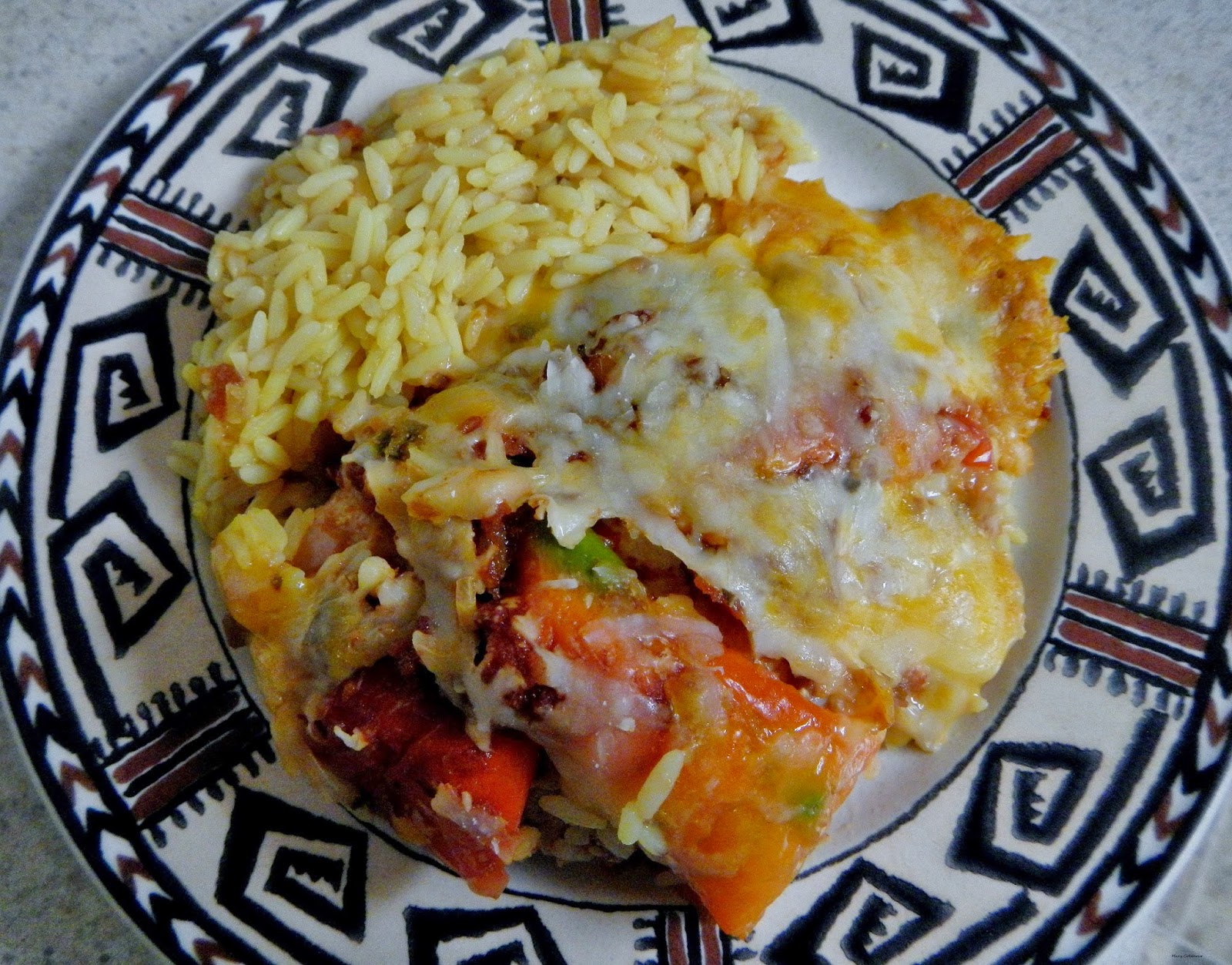 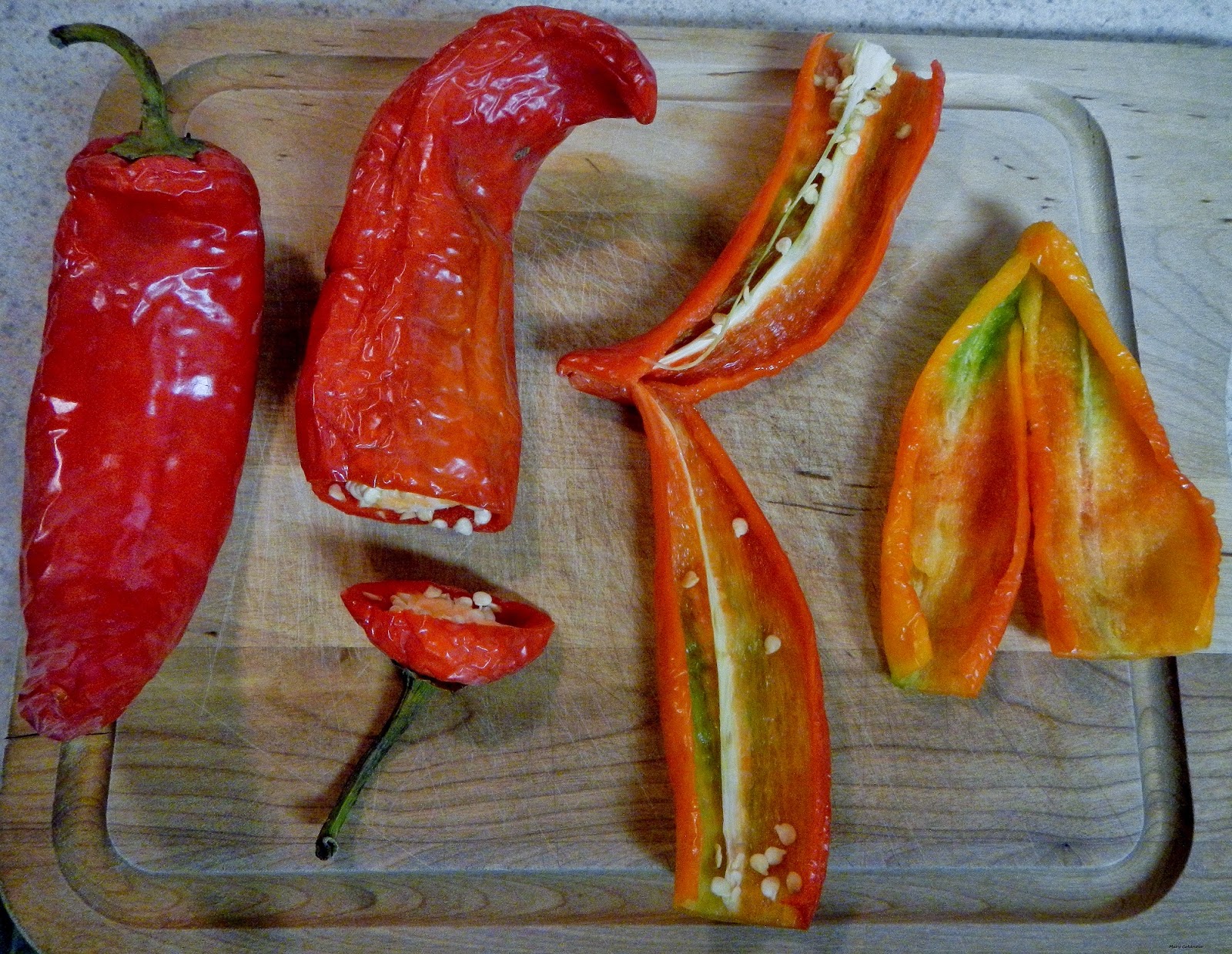 Cut off the tops of each pepper about 1/4 inch down.  Carefully cut down the two end seams of the peppers, but leave 1/2 inch uncut at the bottom.  Open the pepper up, careful not to split open the bottom; clean out the seeds and white pith. 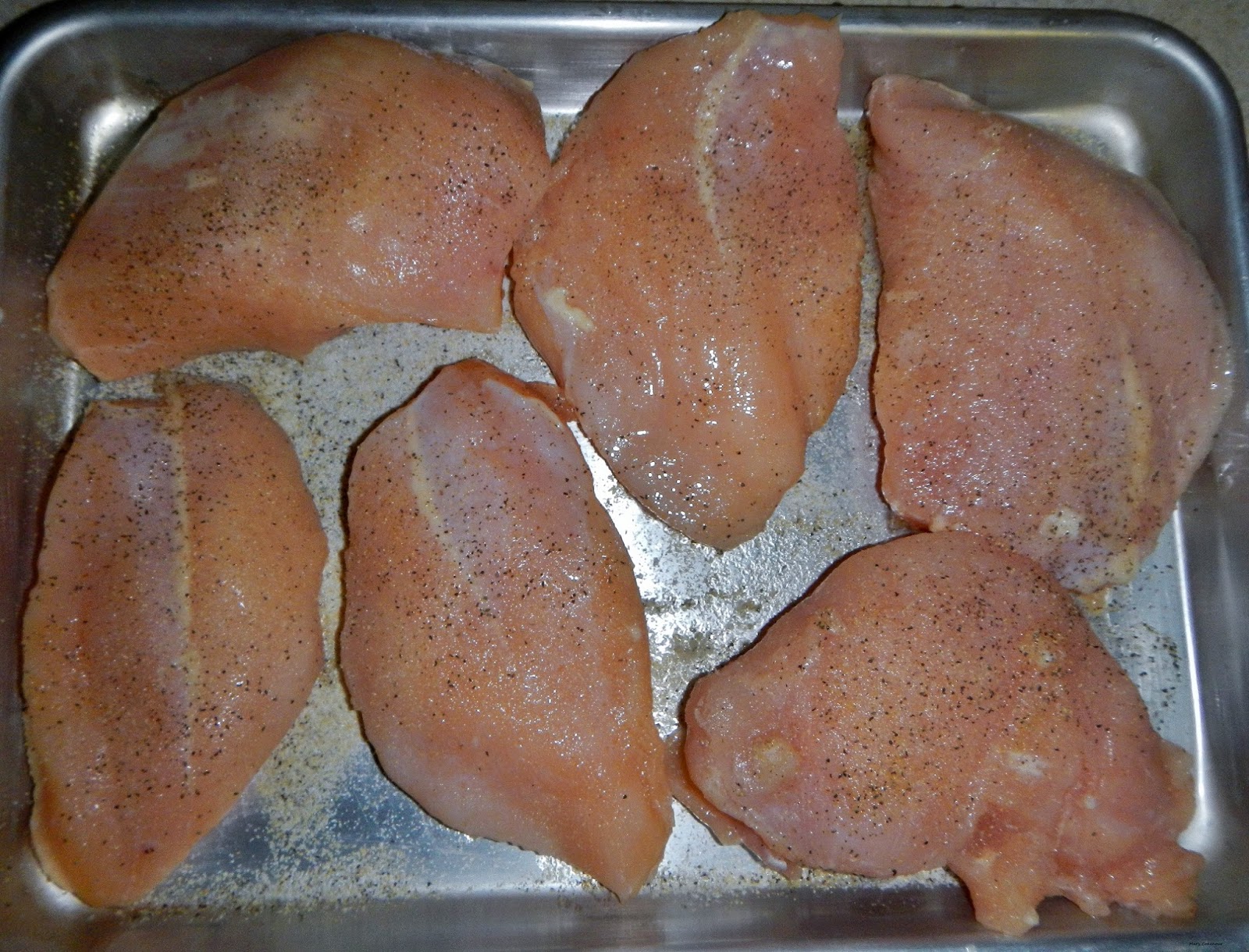 Season both sides of the chicken with the seasoning  mixture.  Heat the olive oil in a large skillet, medium-high heat, and brown the chicken on both sides (about 2 minutes per side).  Remove to a paper towel covered plate to drain off any excess oil. 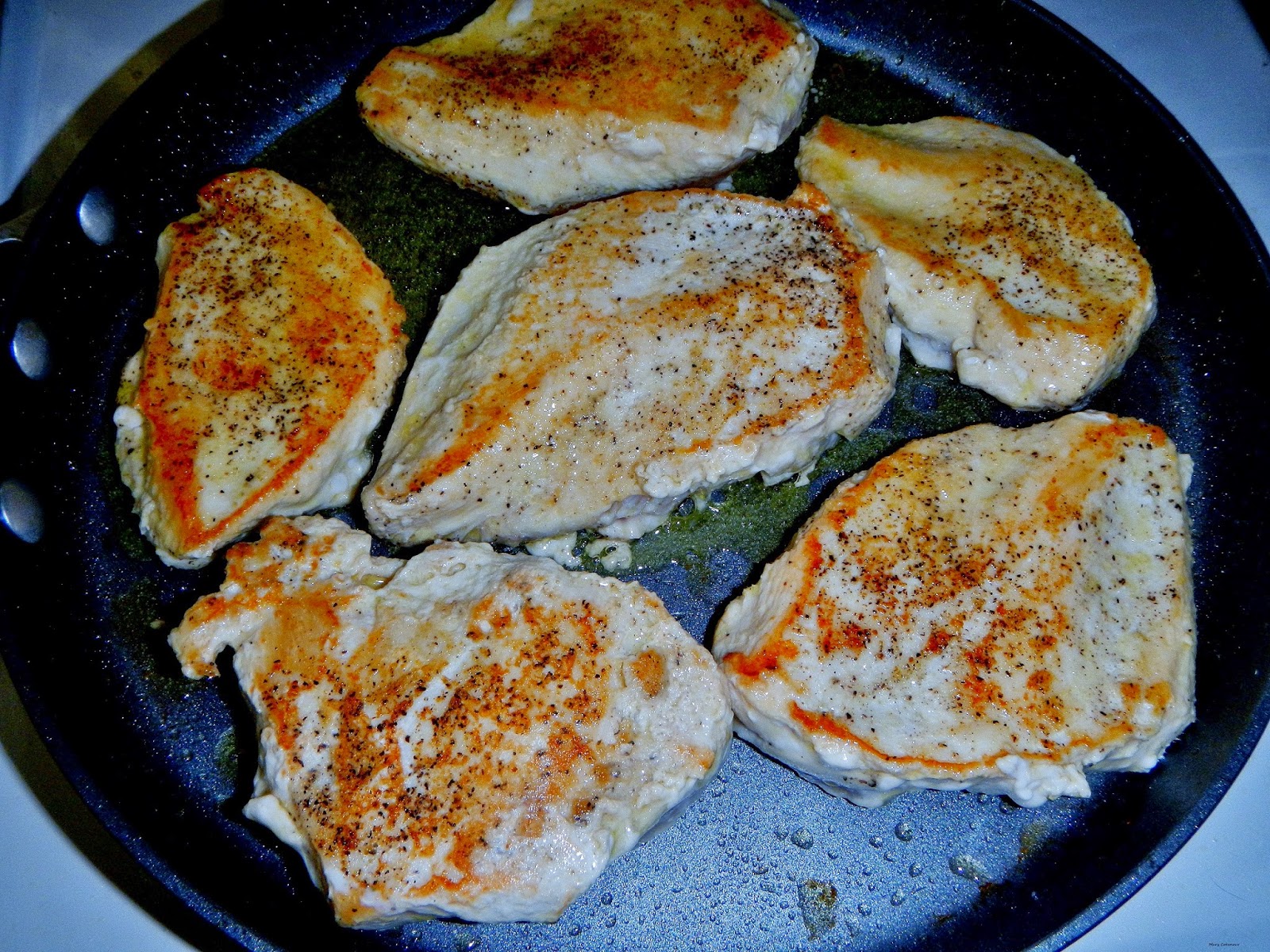 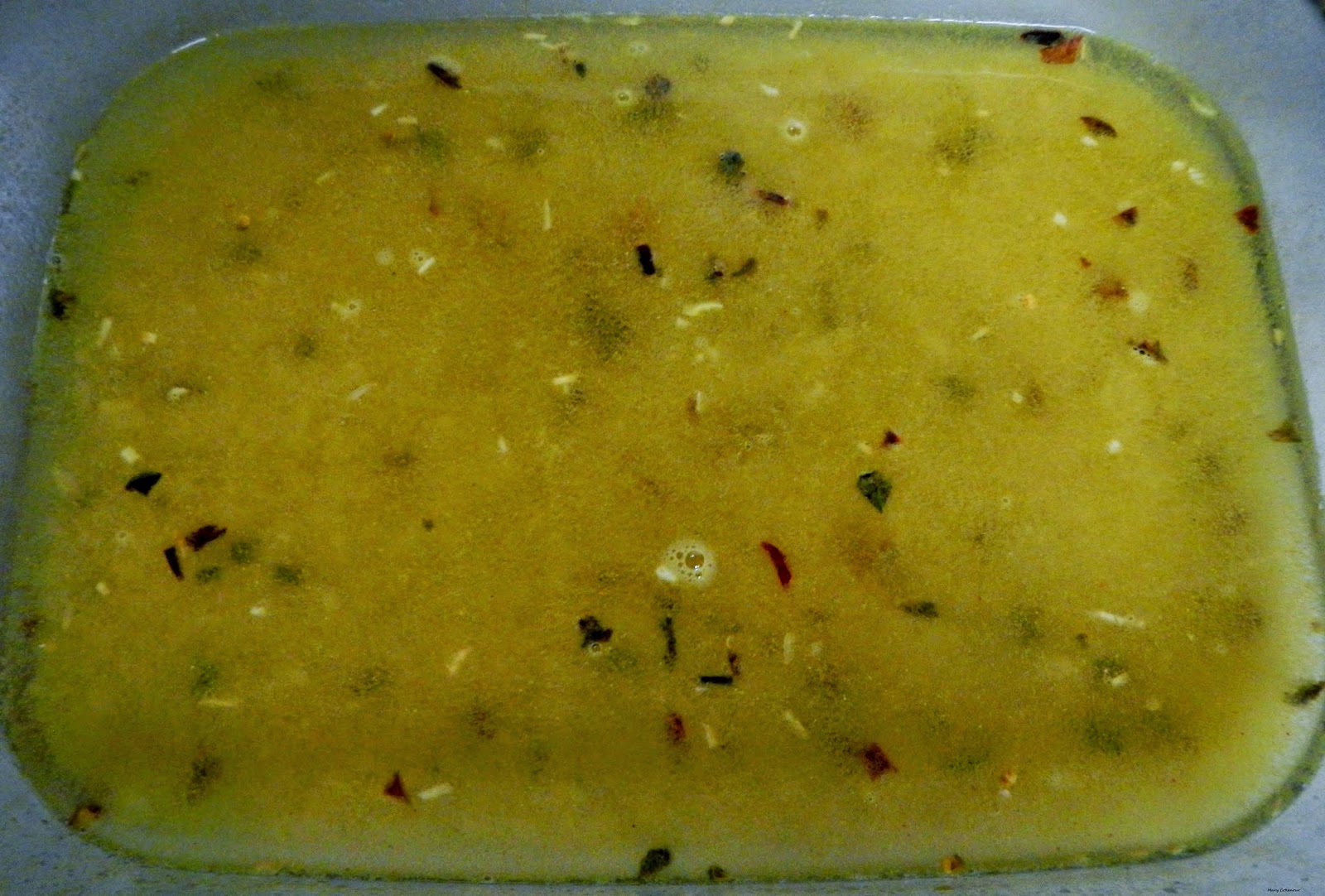 Preheat oven to 350F; spray a 4 quart baking dish with nonstick cooking spray.  Put in the rice mix from both boxes, add water and stir. 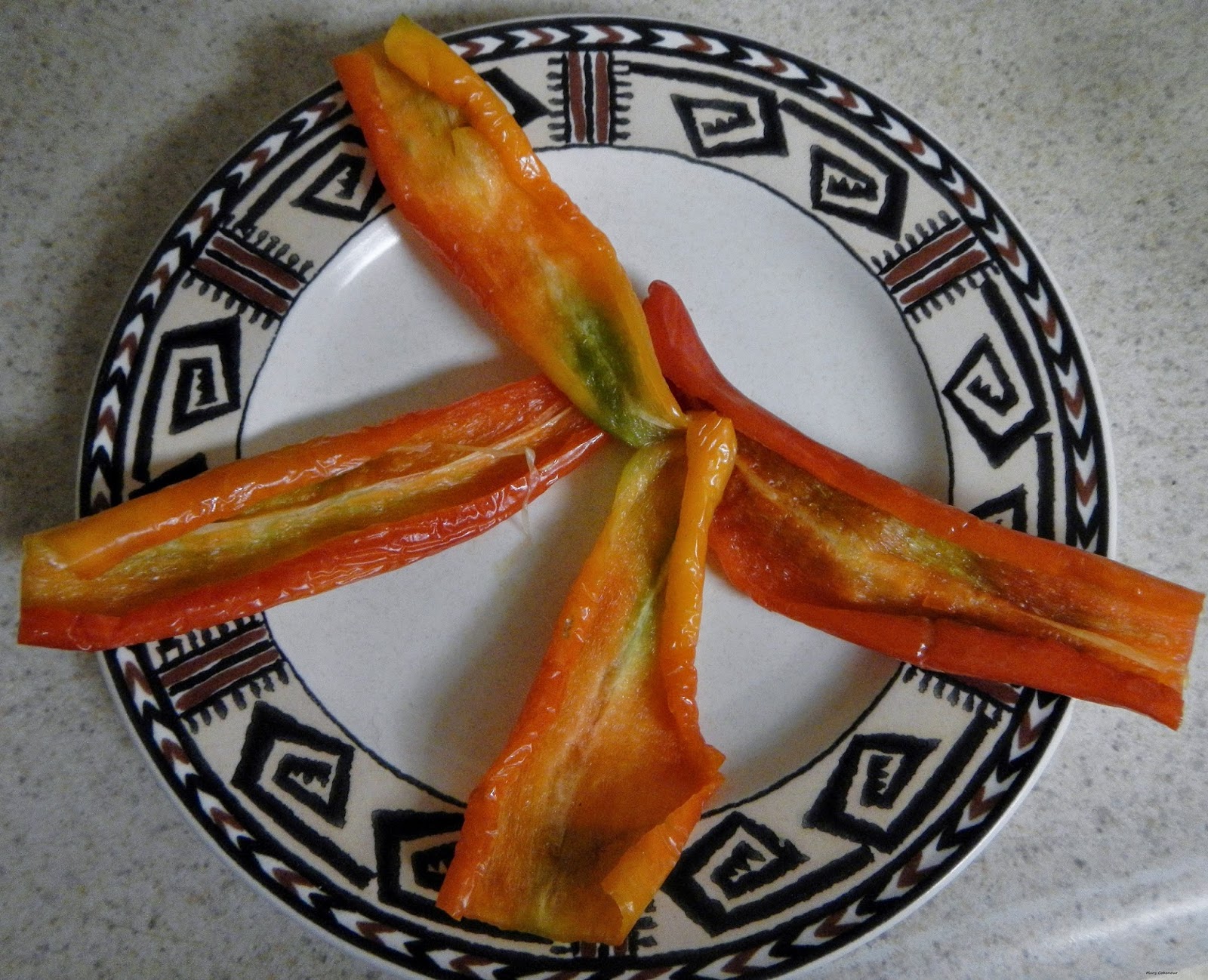 The chicken is now cool enough to handle.  Place one pepper (opened up) onto a plate; place another pepper across to make an "X".  Place a chicken breast (skin side down) in the center; fold the peppers around the chicken and secure with a toothpick.  Place the bundle into the baking dish, pressing down slightly into the liquid and rice; do same for remaining chicken. 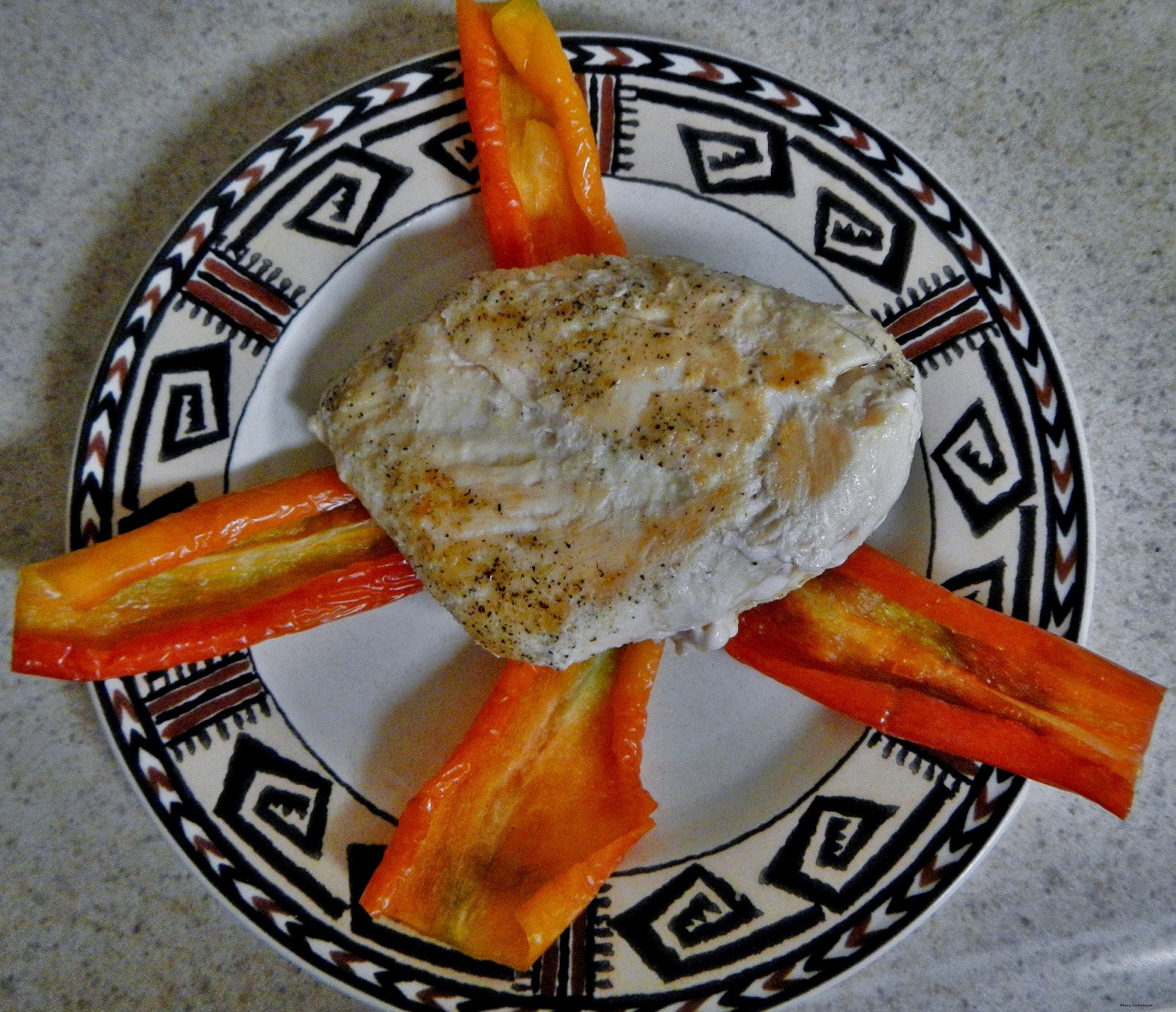 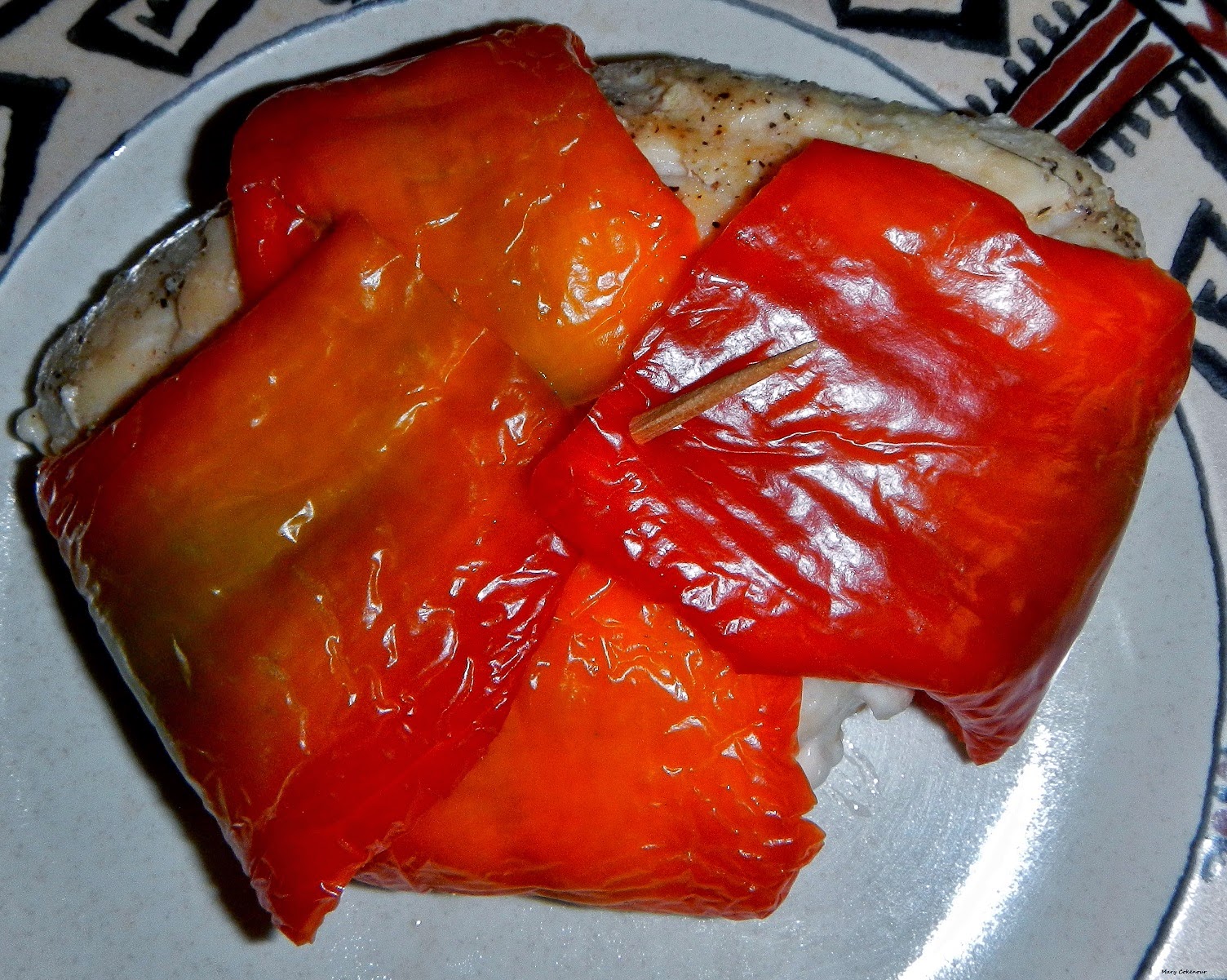 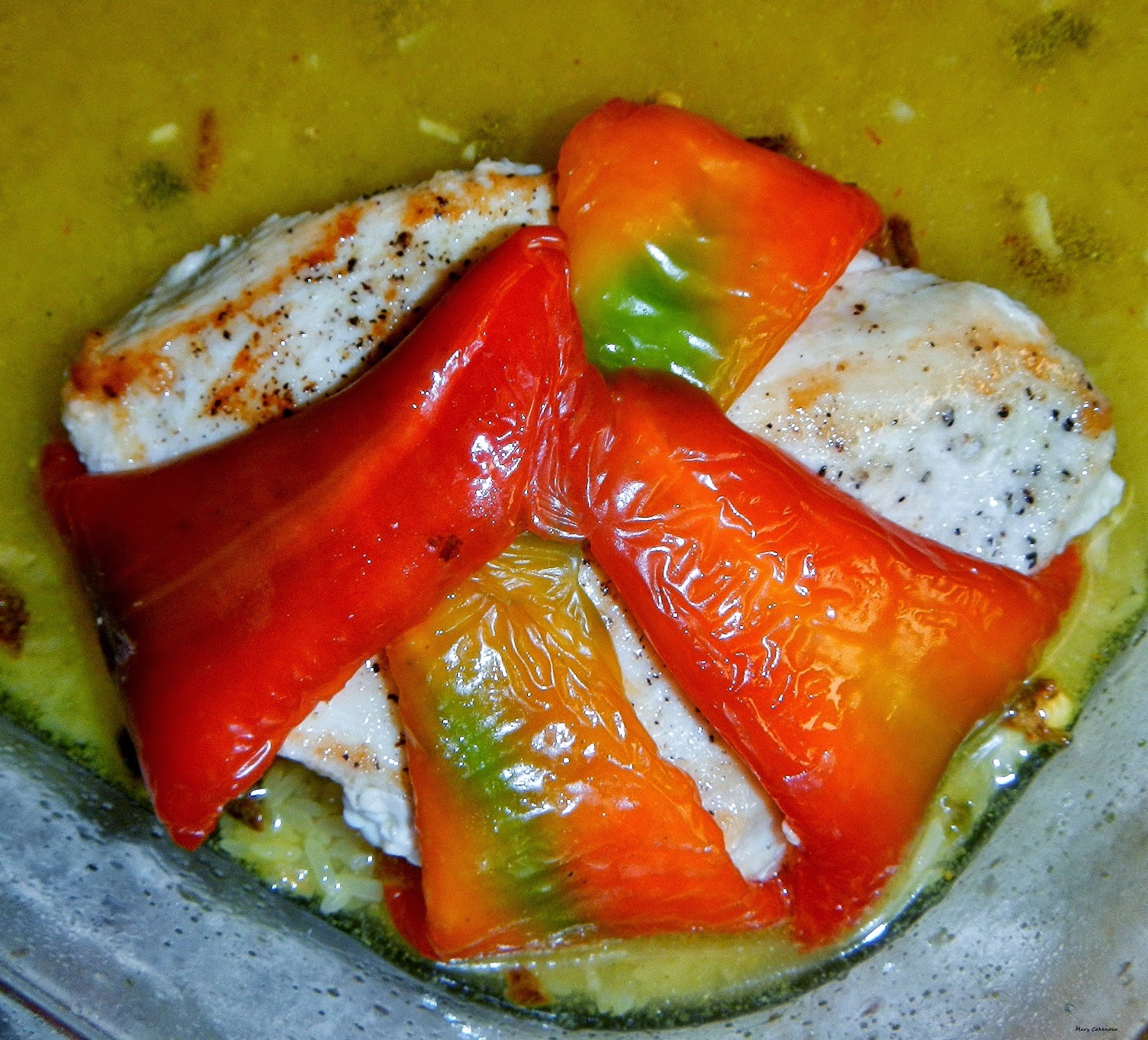 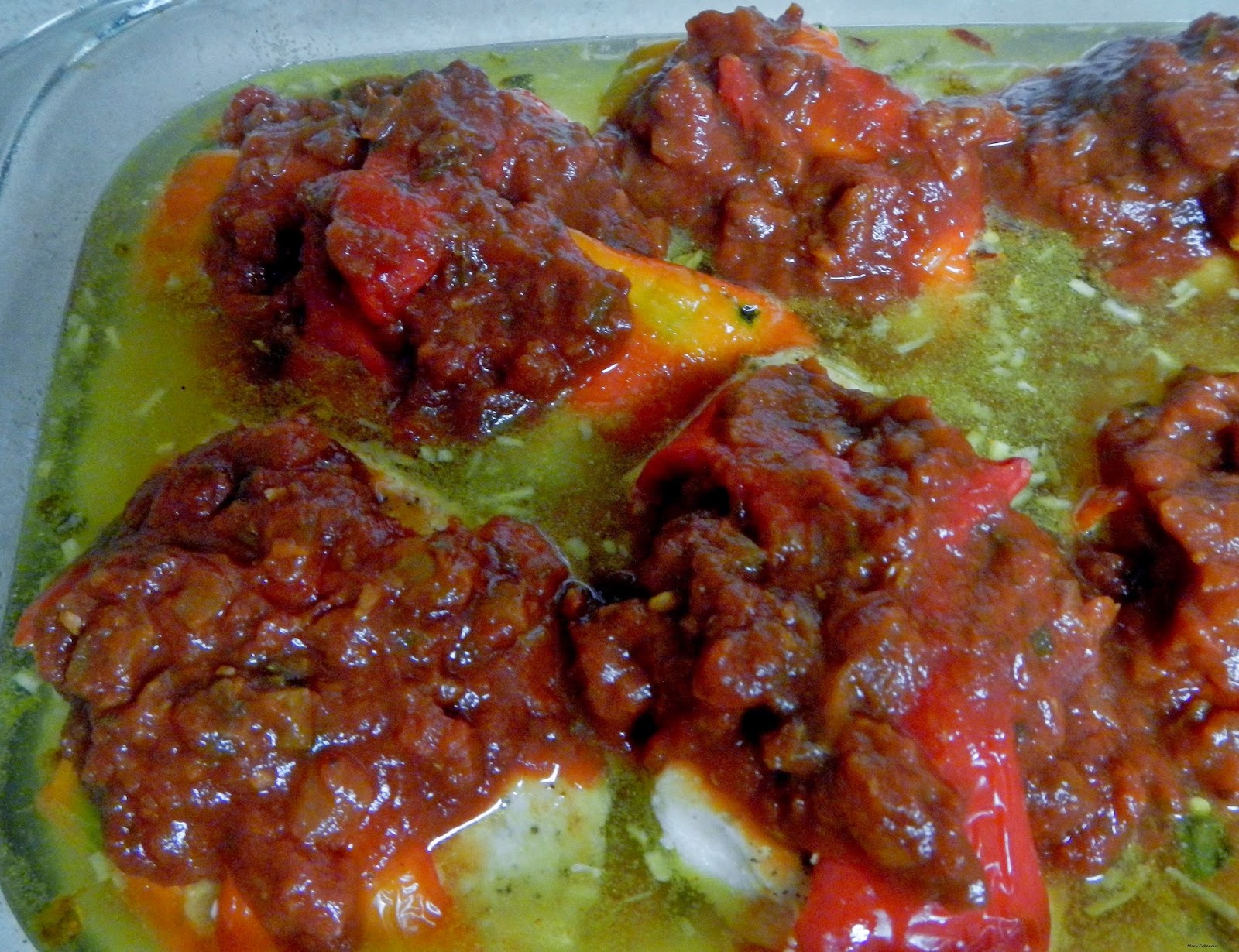 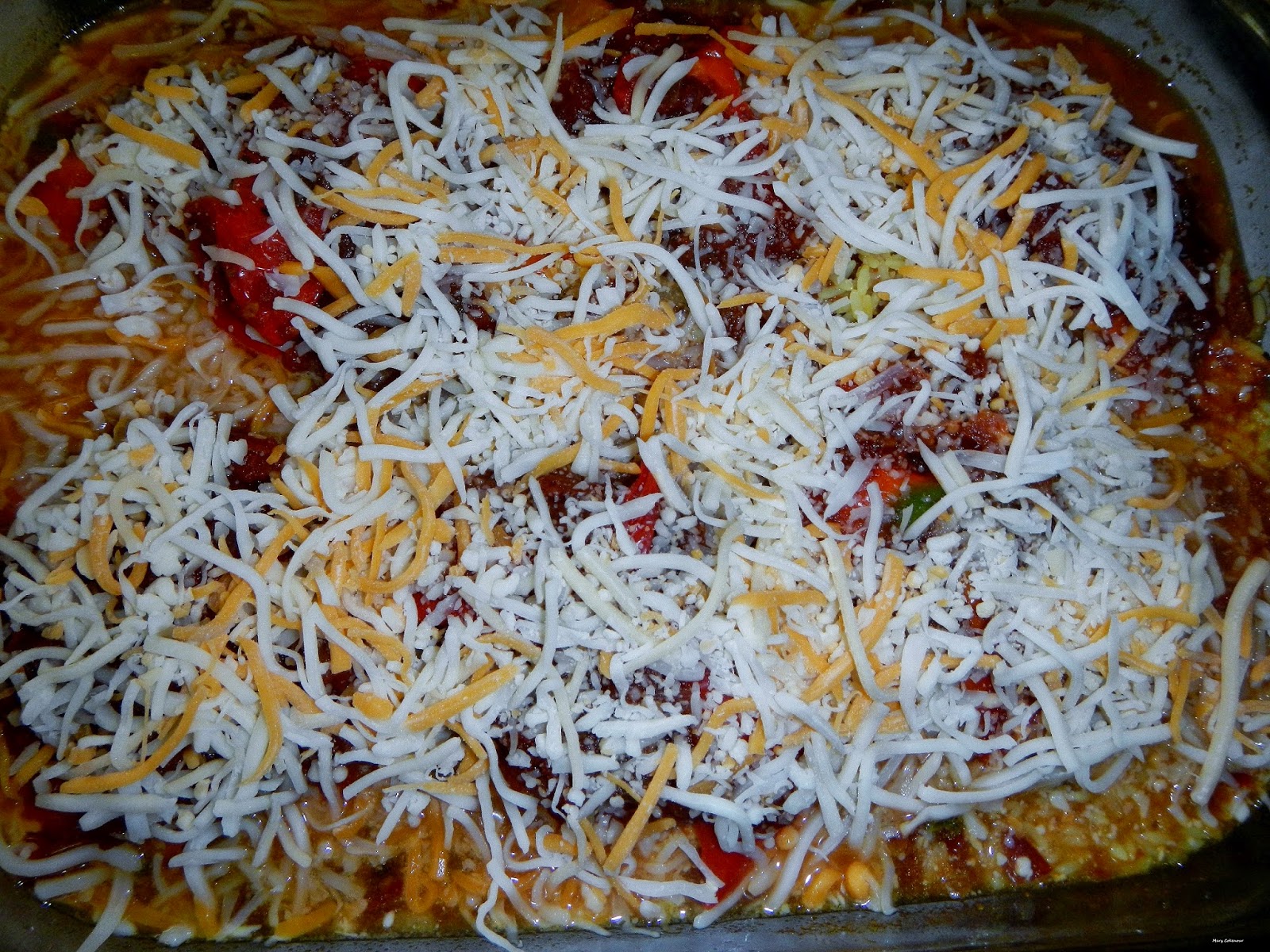 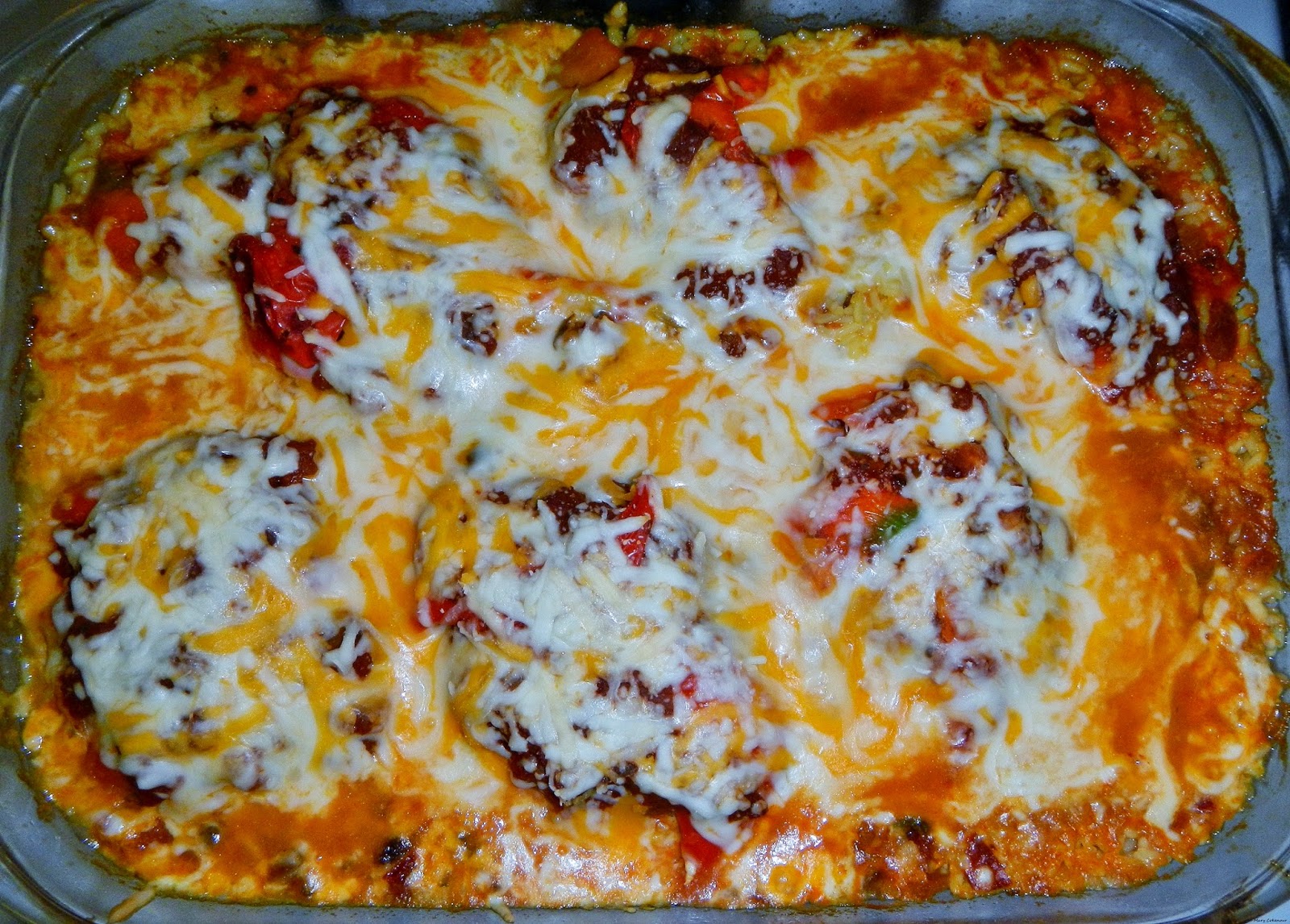 The other day I tried to fry up two one inch thick pieces of cod in a skillet.  A little olive oil over medium heat, seasoned with salt, black pepper and dill; lemon juice splashed over them at the last minute of cooking.  Sounds yummy, right?  Well, I don't know what went wrong, or maybe I do; while the fish did brown slightly on both sides and turn opaque, the middle did not cook through.  I don't think it was the cooking technique, it was because I used defrosted fish; unfortuately, frozen is all that is available for purchase around these parts.  Utah is a landlocked state, so if fish comes in, it was fresh at one time, but now is totally frozen.  Freezing fish changes its texture; even carefully defrosting and cooking, the outside may be flaky, but the deep inside tends to be rubbery.

That doesn't mean that I have given up entirely on fish; I still buy the frozen and still attempt to find ways to get it done right.  This post is another of those attempts; I needed to bake it a little longer than fresh fish, but the rubbery texture was almost...almost nonexistent.  So, while my recipe says to bake 25 - 30 minutes, that is based on defrosted fish; fresh fish should be about 10 minutes less in baking time. 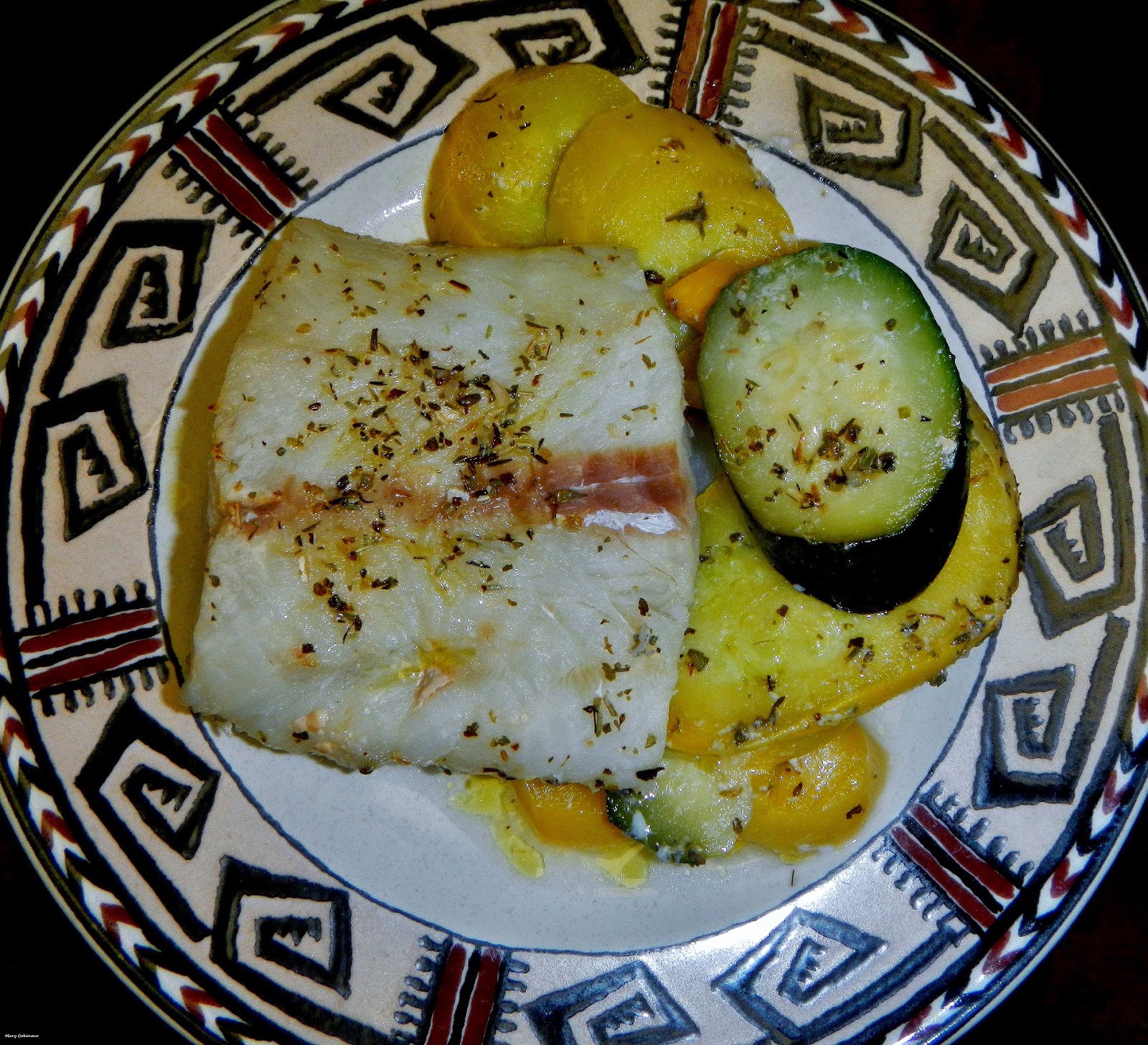 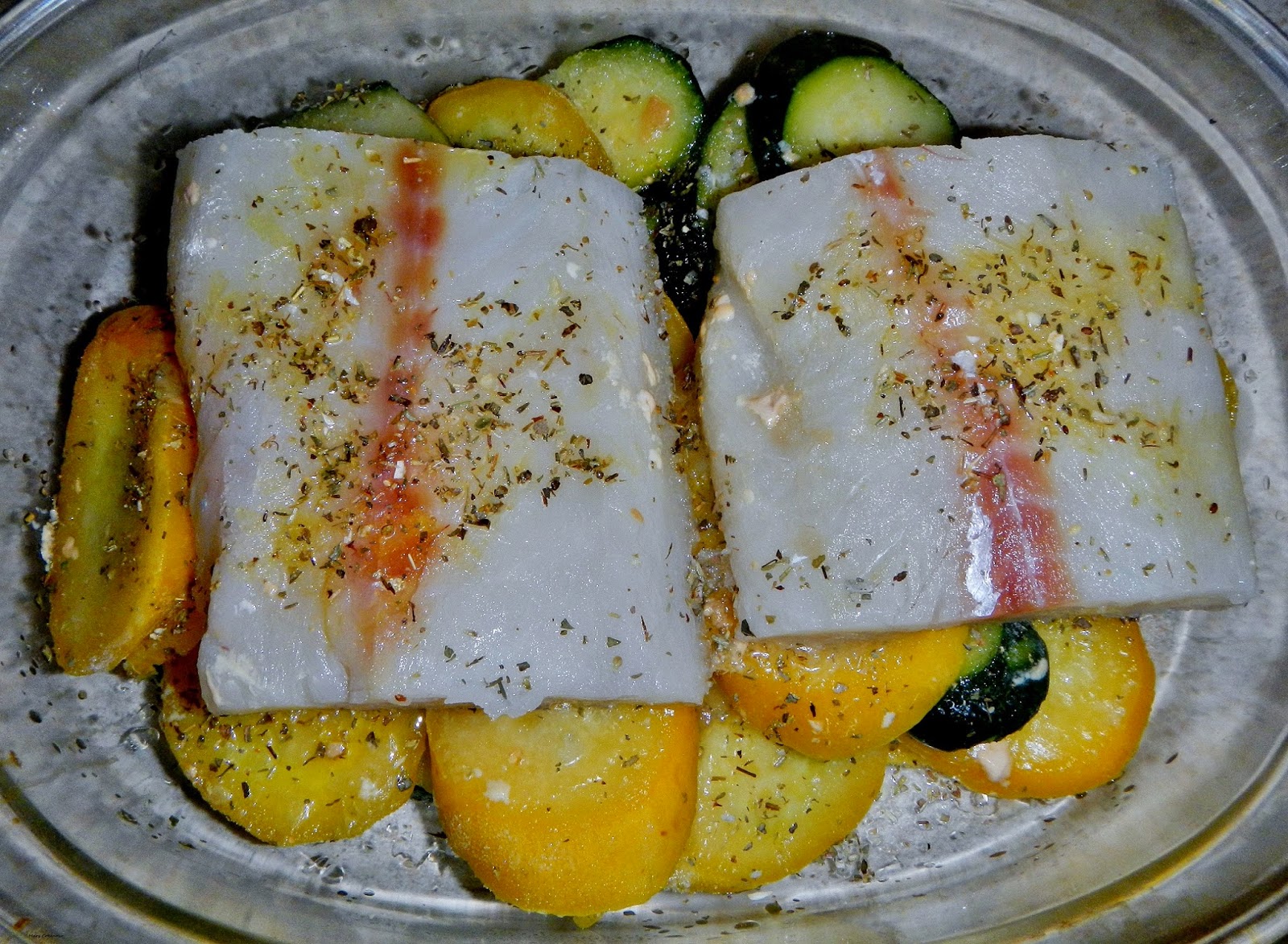 Preheat oven to 400F.  In a 1 and 1/2 quart glass baking dish, spread the squash slices over the bottom.  Drizzle 1/4 cup of olive oil over the slices; sprinkle one tablespoon of the herbal mix, one teaspoon of sea salt and the one teaspoon of garlic powder over them. 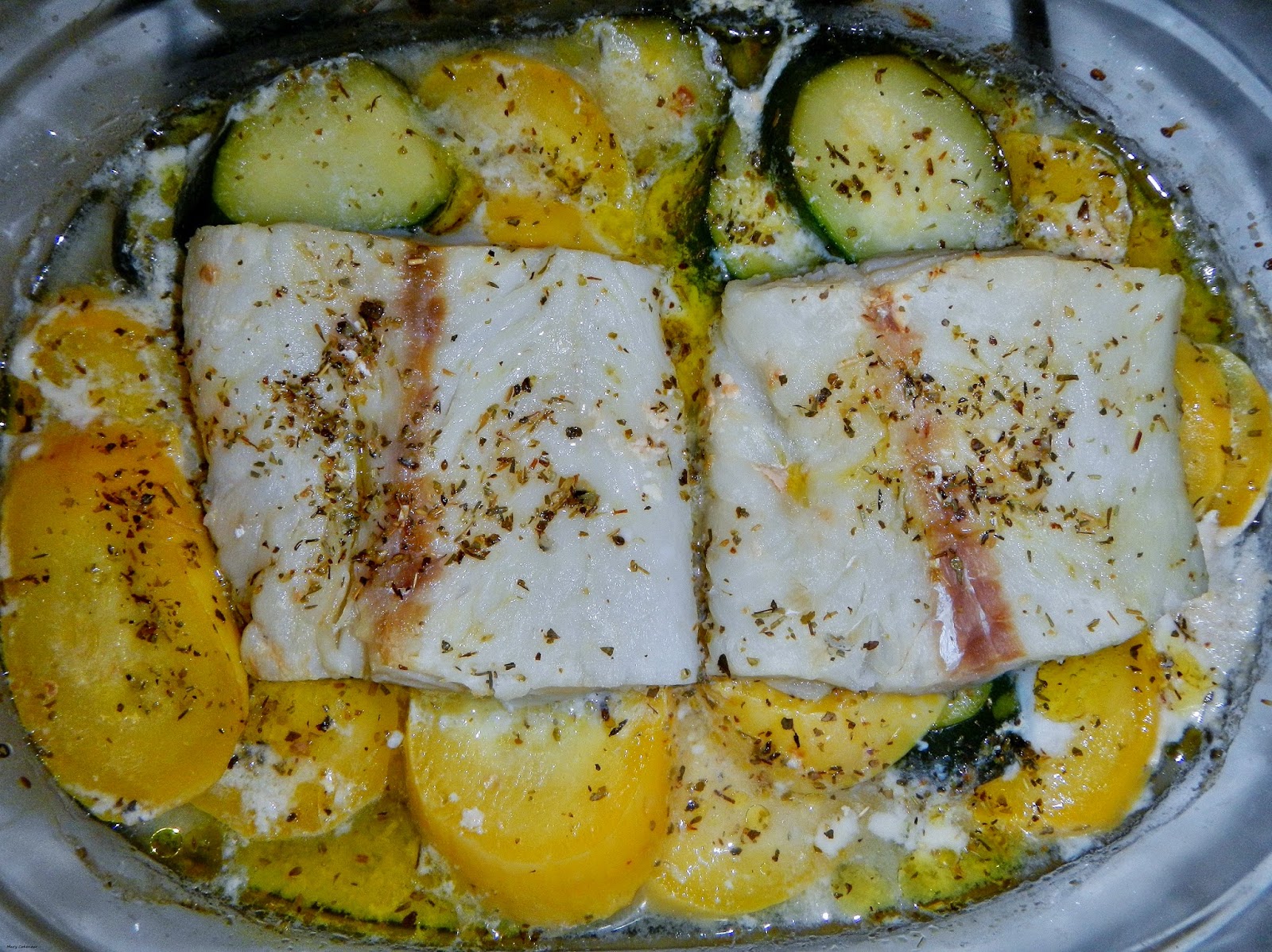 Lay the cod fillets (skin side up) on top of the squash; drizzle with remaining olive oil; sprinkle remaining herbal mix and sea salt; drizzle lemon juice over all.  Bake for 25 - 30 minutes; until cod is opaque and flakes easily.  Remove one fillet and portion of squash to plate; spoon liquid from baking dish over all.

I Beat My Own Balls.

Meatballs that is.  Now my softball sized meatballs have always been yummy, but I wanted something different; I needed a change of pace.  Instead of that huge one meatball on top of my spaghetti or pasta, how about two to three smaller ones; same amount of meat, just a different look for the eye.  Another change is mostly due to supply and demand; finding a simply ground pork that hasn't been preseasoned for use as a breakfast sausage is almost next to impossible around here.  Oh, and one more minor change, the onions; instead of dicing them up and putting them into the meat mixture raw, I added a can of diced tomatoes with sweet onions.  The onions are steam processed with the tomatoes, so are softened; sometimes the raw onions don't soften up when added raw and not everyone likes to bite into raw onion.  In our tiny store which acts as the local "supermarket", the Western Family brand is sold and they carry diced tomatoes with sweet onions.  I've looked in supermarkets and Walmart, but haven't found anything to its equal as yet; so if you can find some, stock up!

Of course the meatballs are parbaked in the oven before adding them to a pot of homemade sauce to finish off cooking.  Taking out all that excess grease from the meat makes a big difference on how your sauce will turn out. 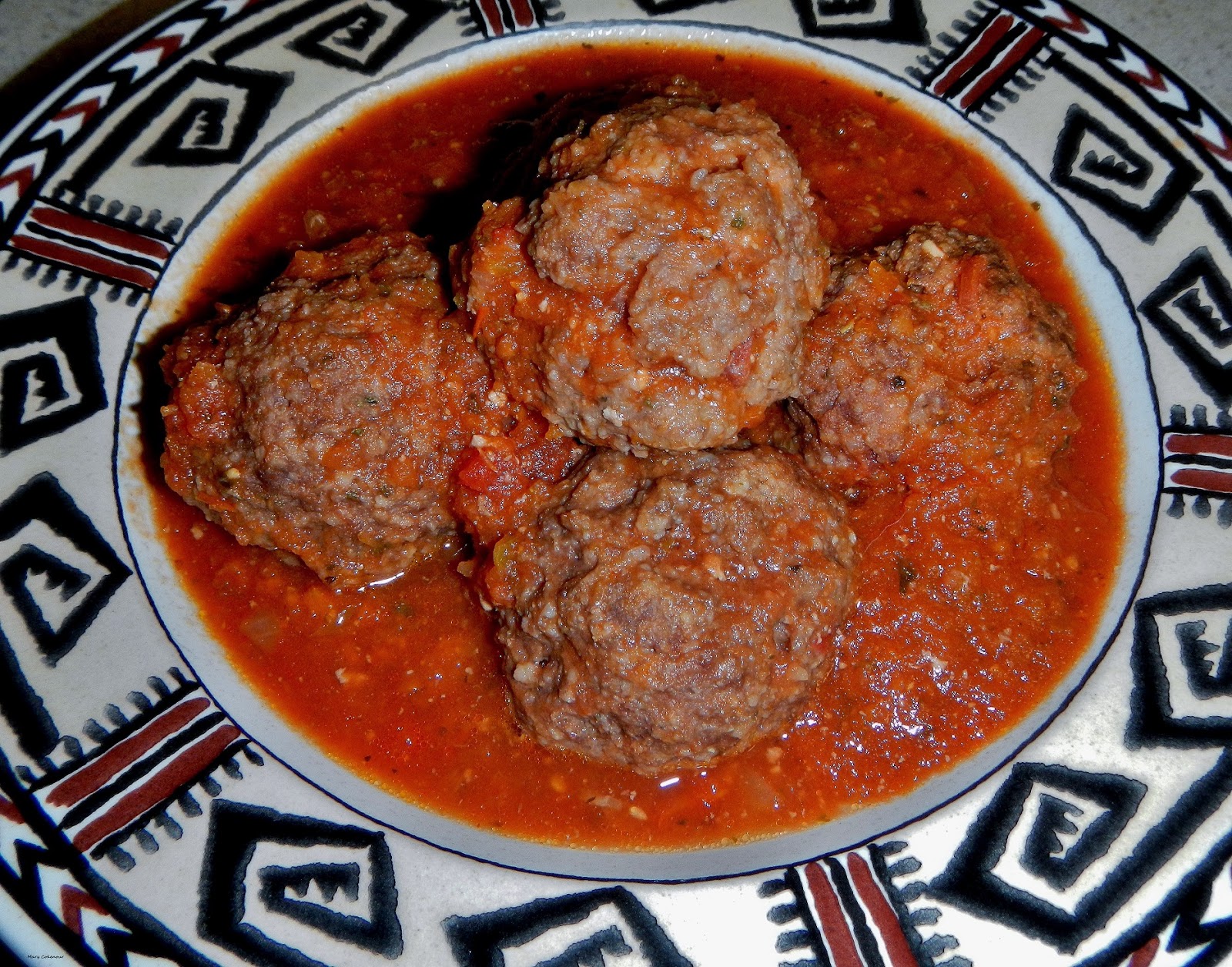 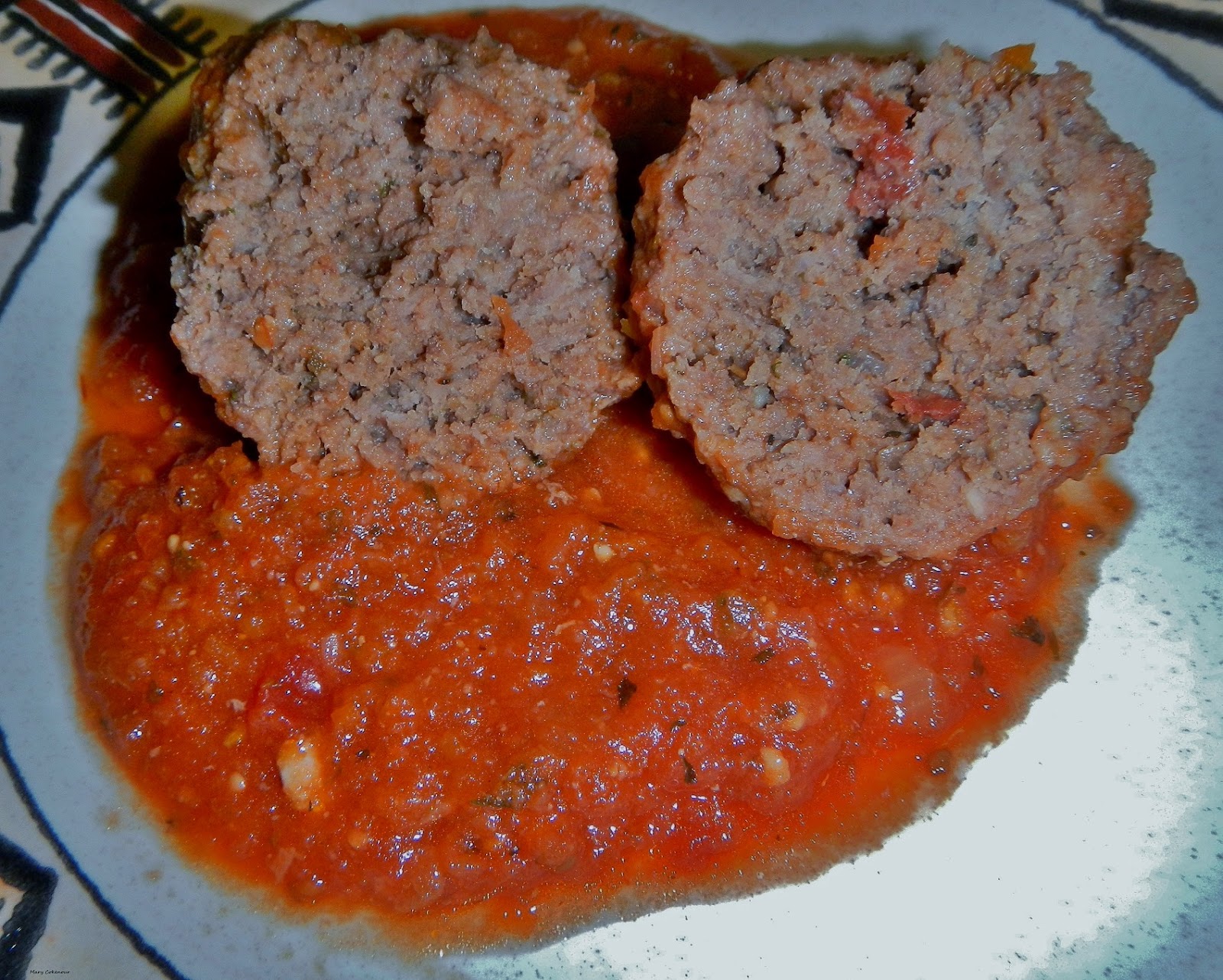 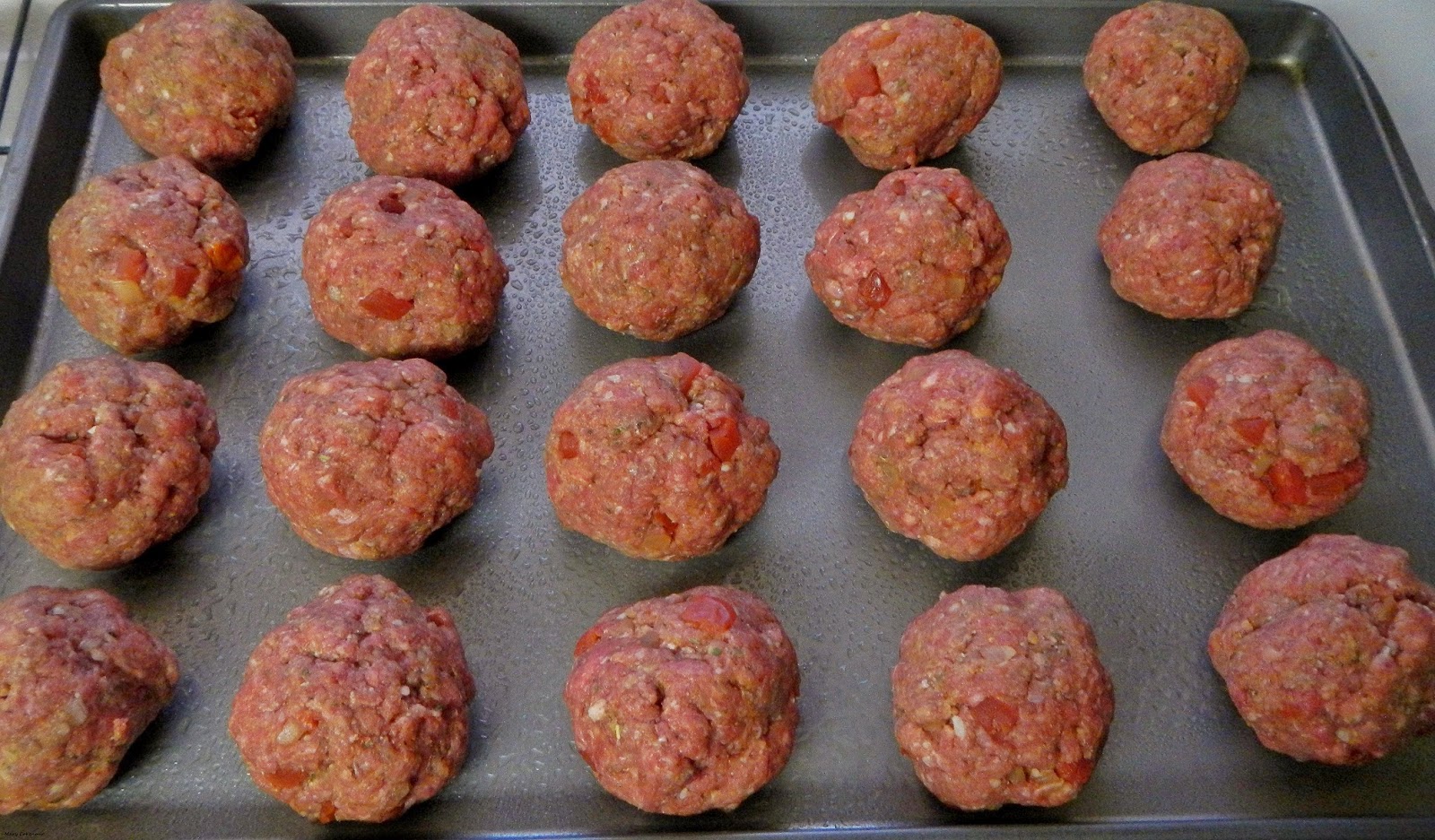 In a large bowl, combine all the ingredients thoroughly; use a 1/3 cup to help measure out the mixture portions.  Roll between palms of hands; place on pan about a half inch apart. 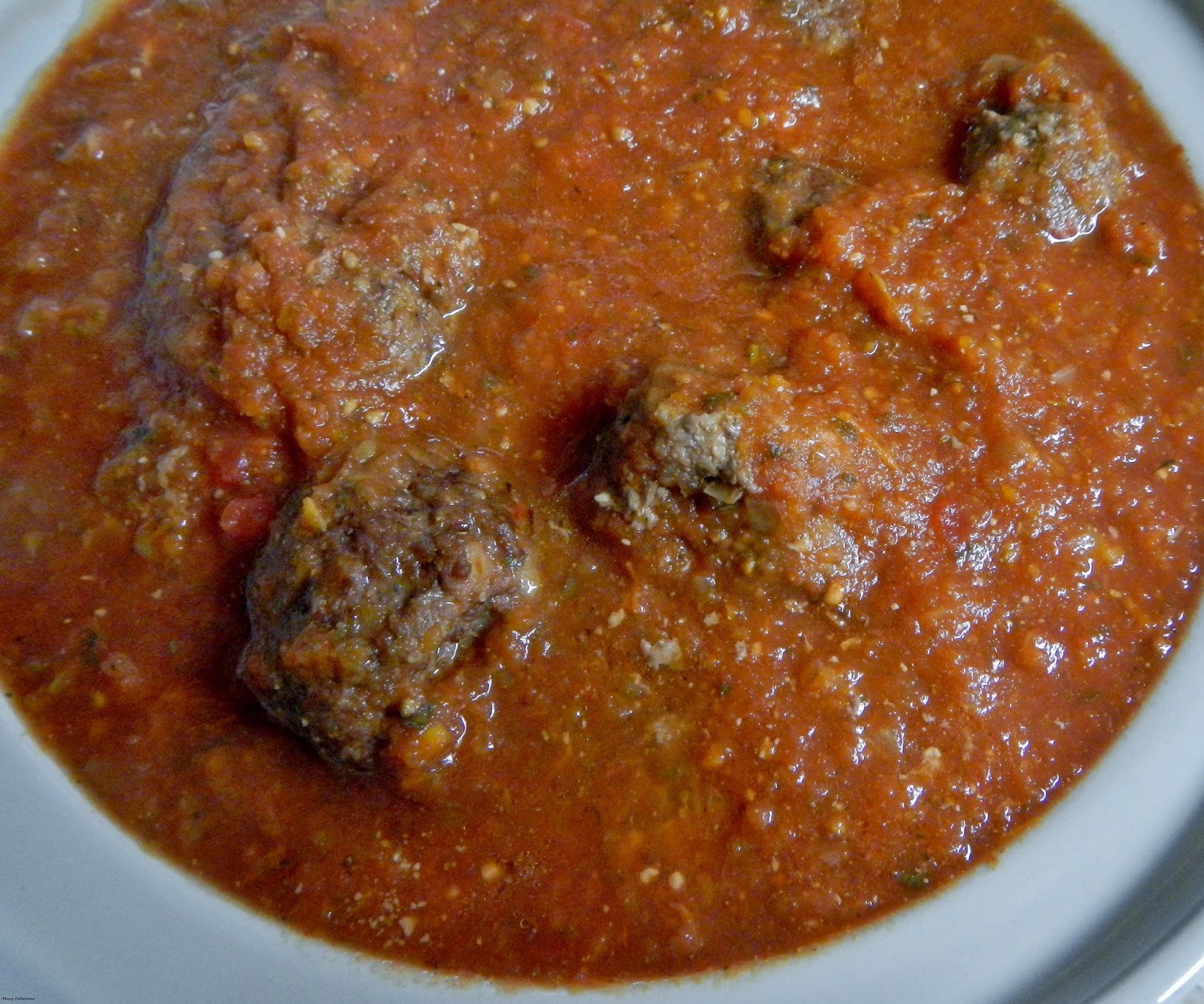 Bake for a half hour; dab each meatball onto a paper towel to remove any excess oil.  The meatballs are only partially cooked, so do not eat yet; place into pot of sauce to finish off cooking.  If stovetop cooking, two hours; if slow cooker (crock pot), four hours.
Makes 20 meatballs. 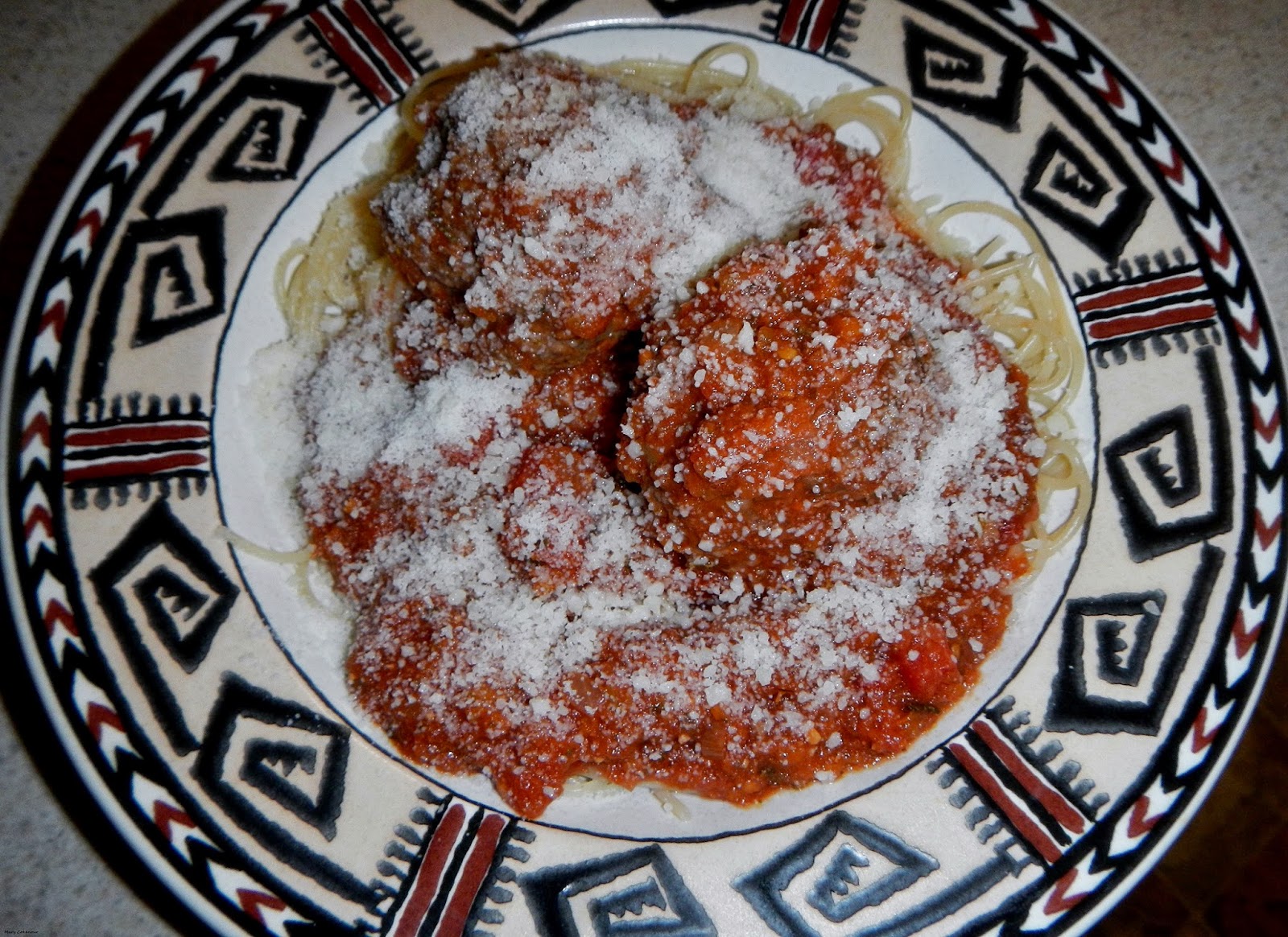 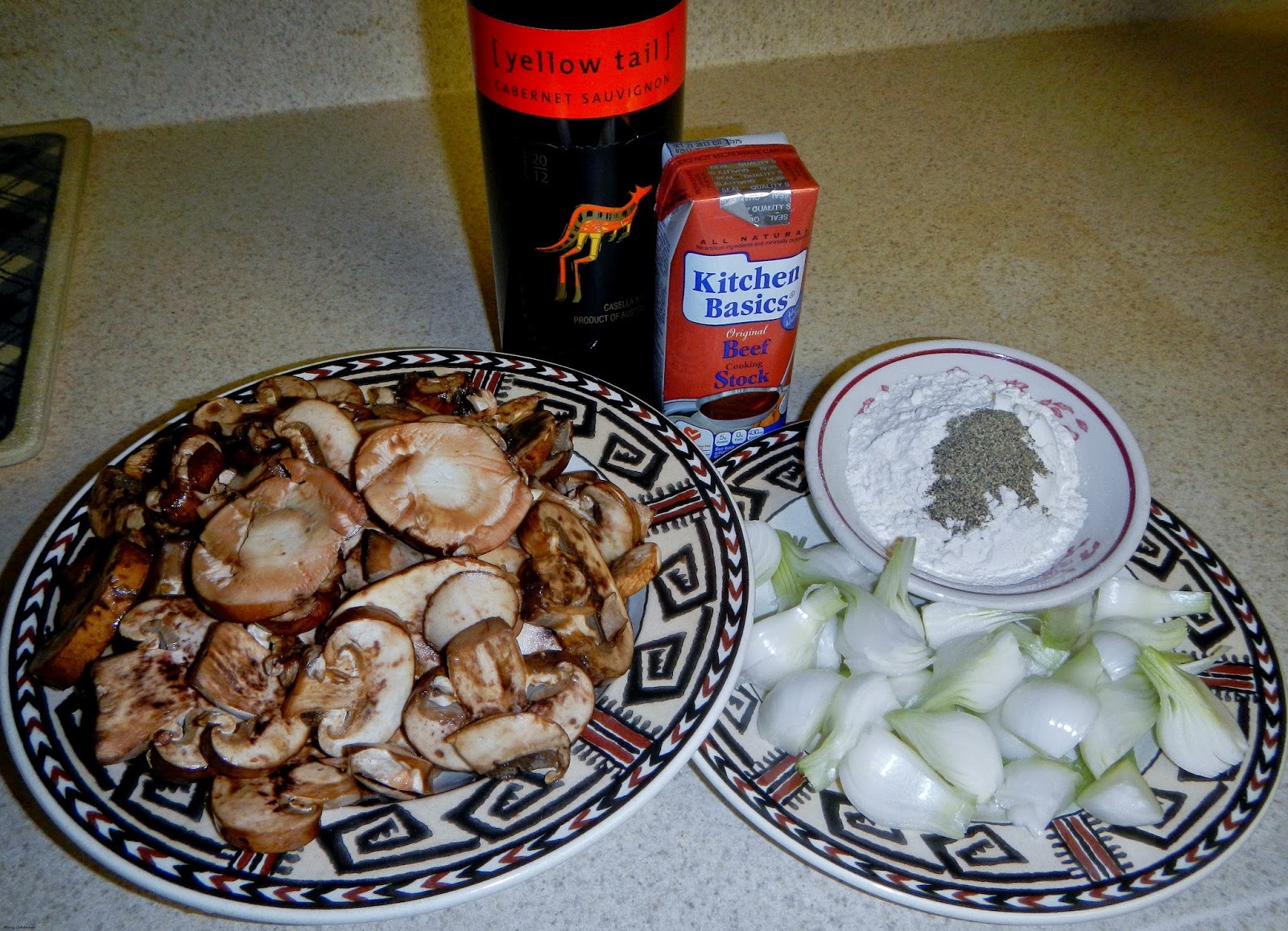 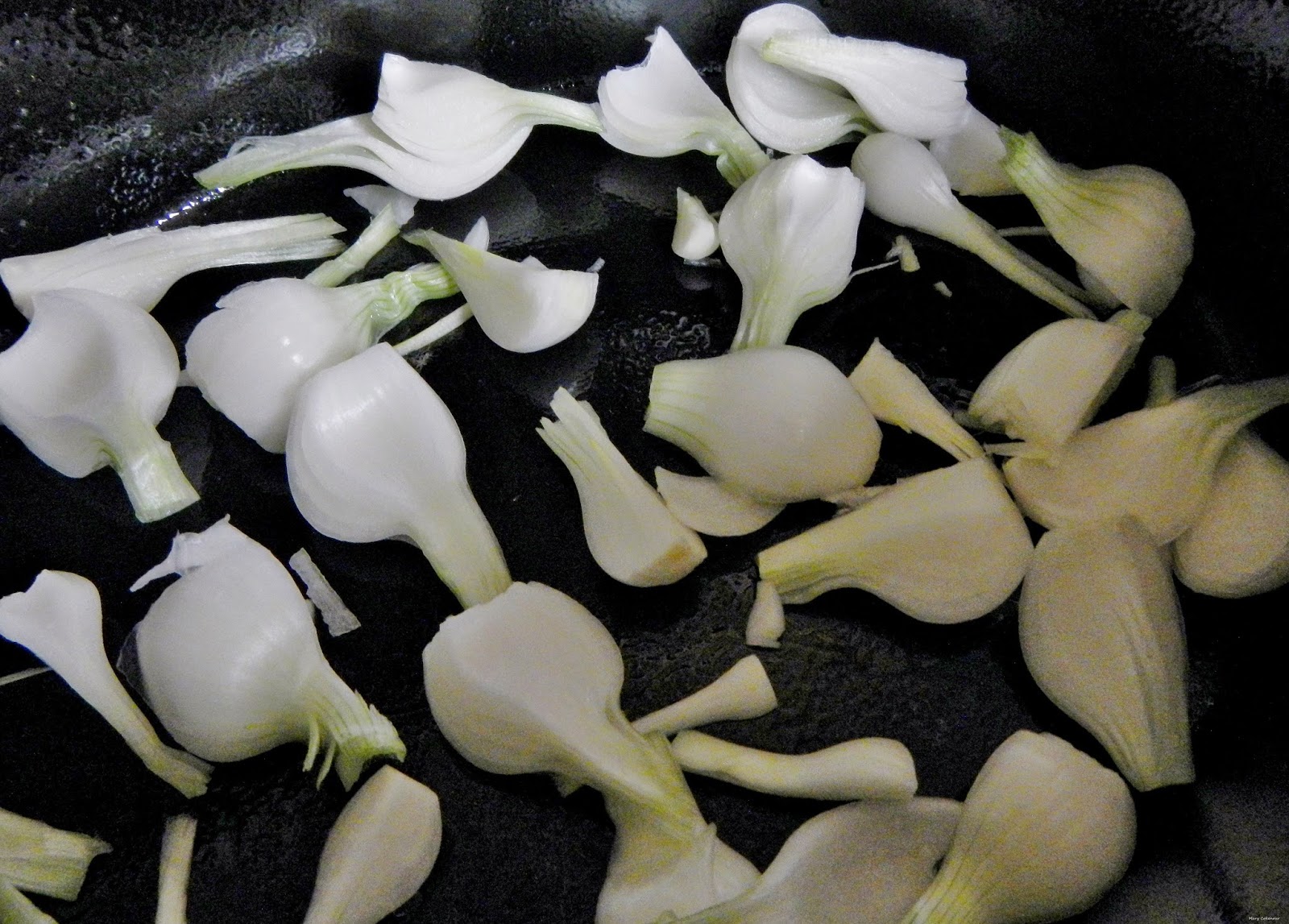 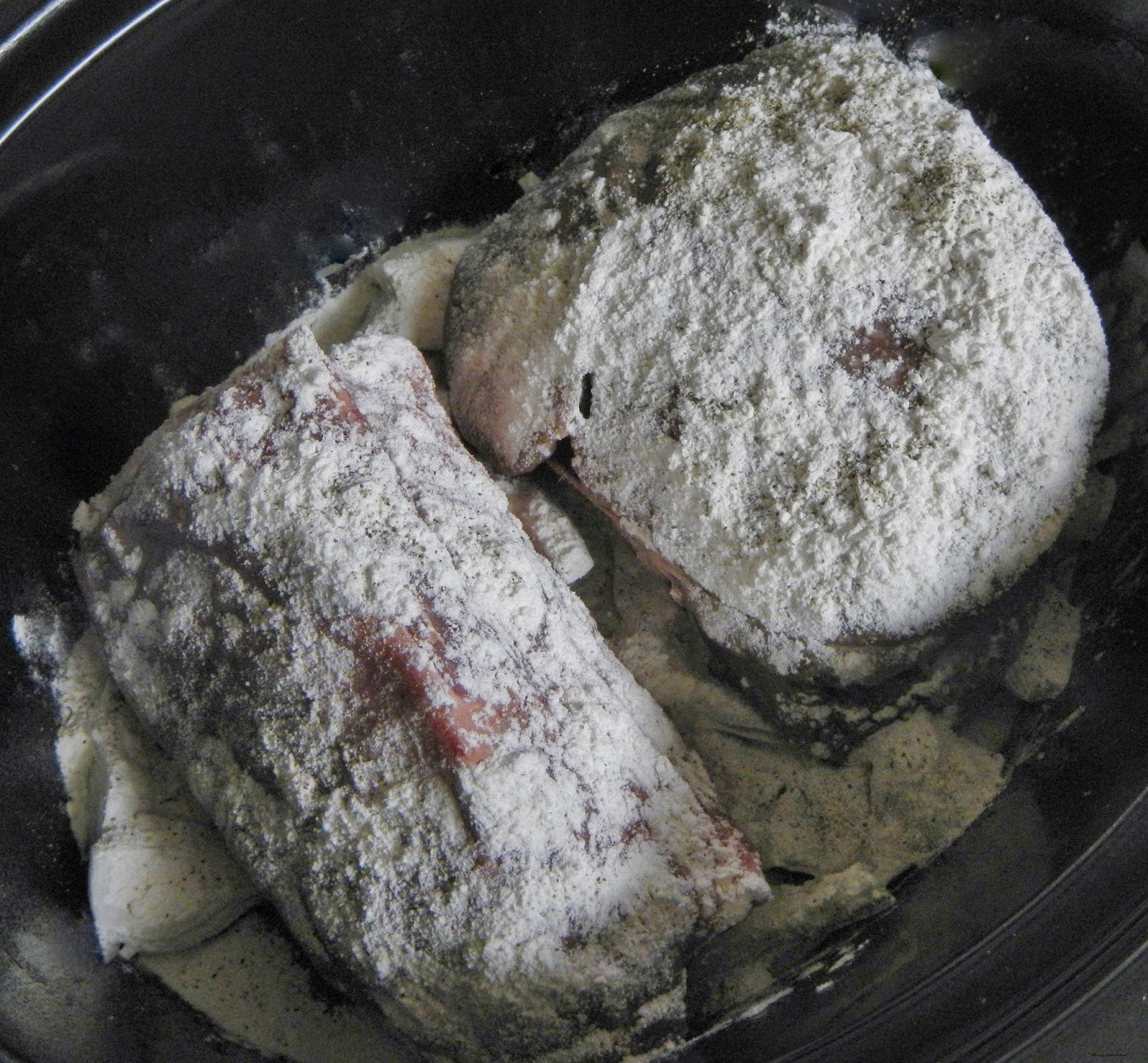 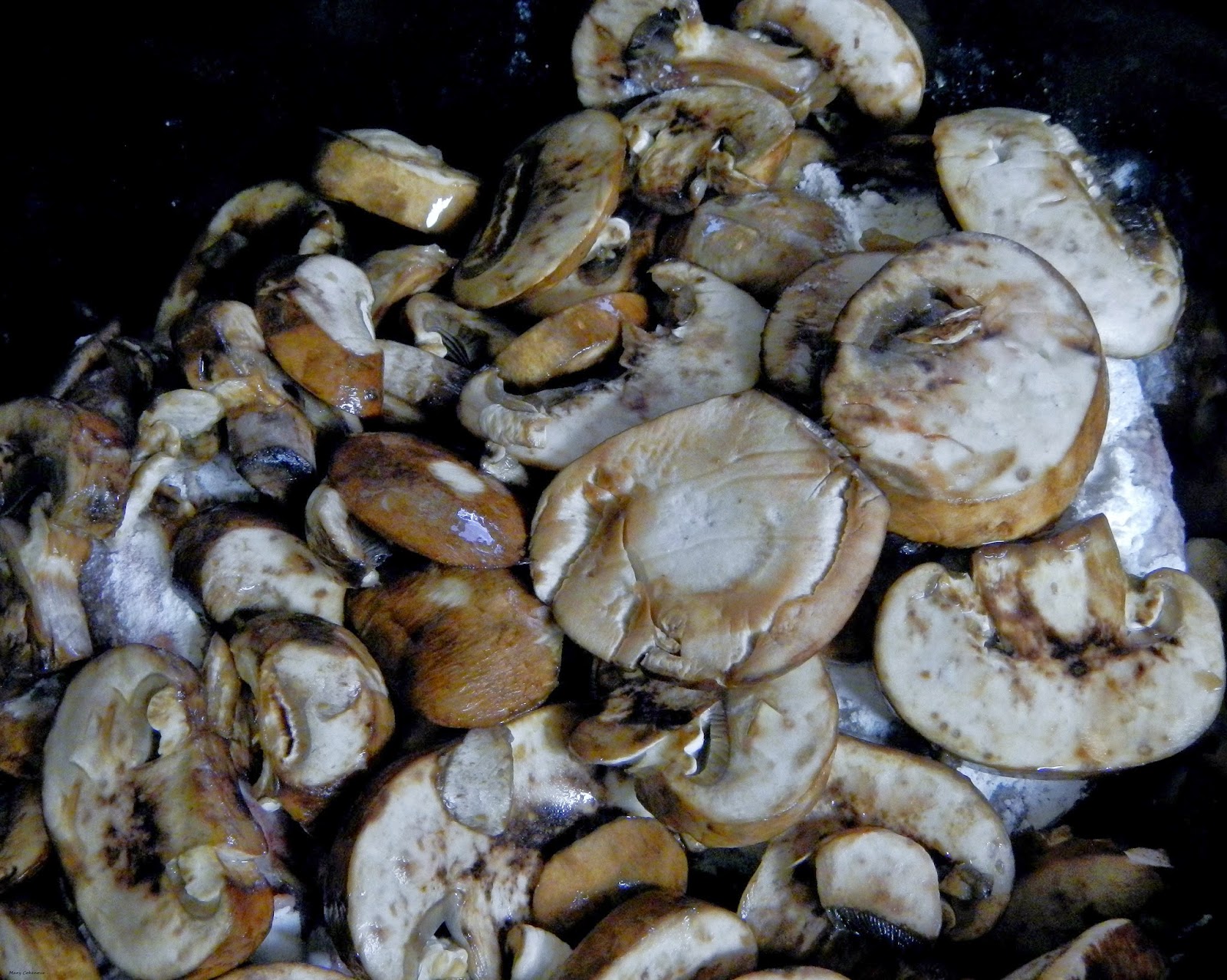 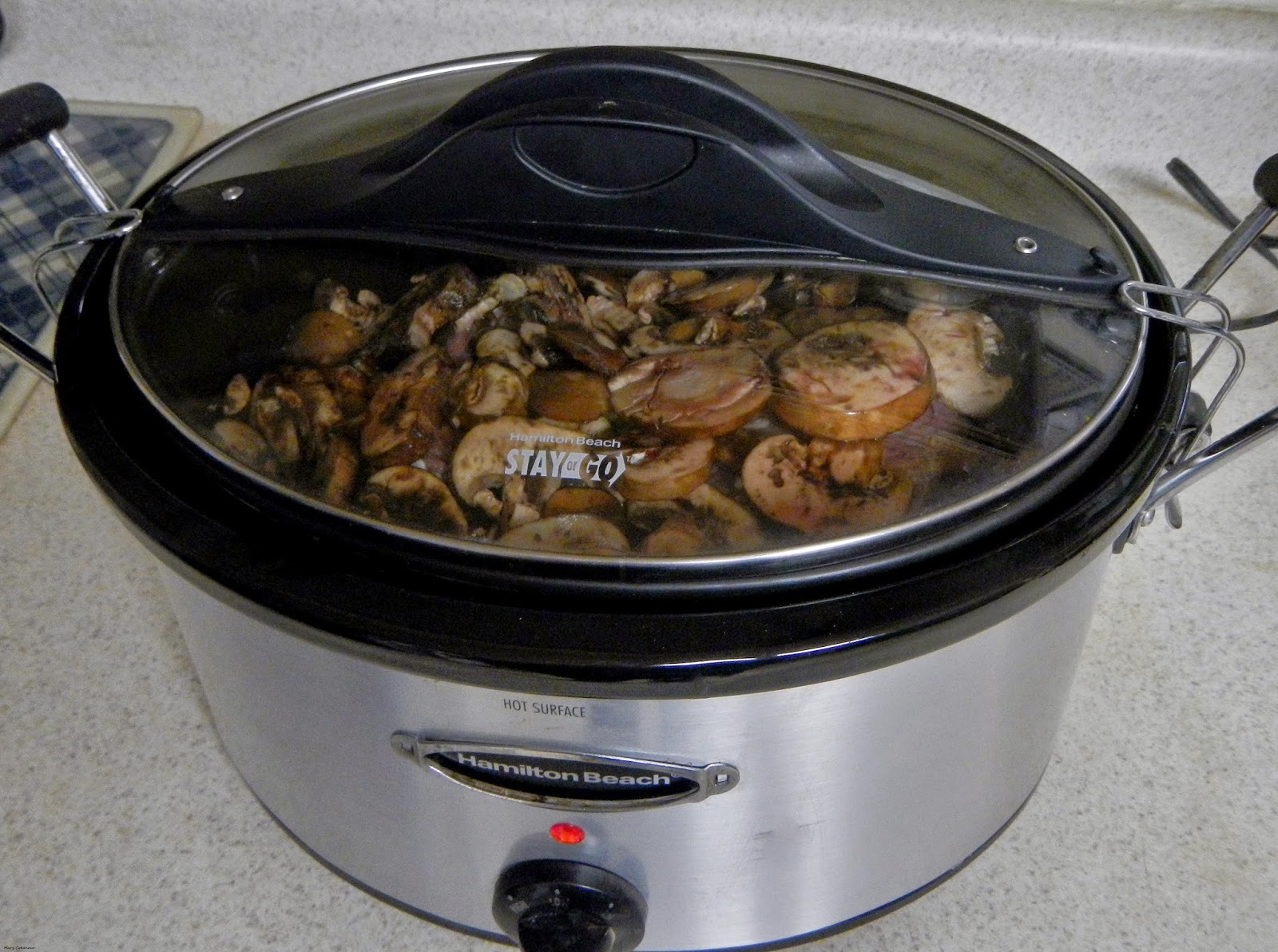 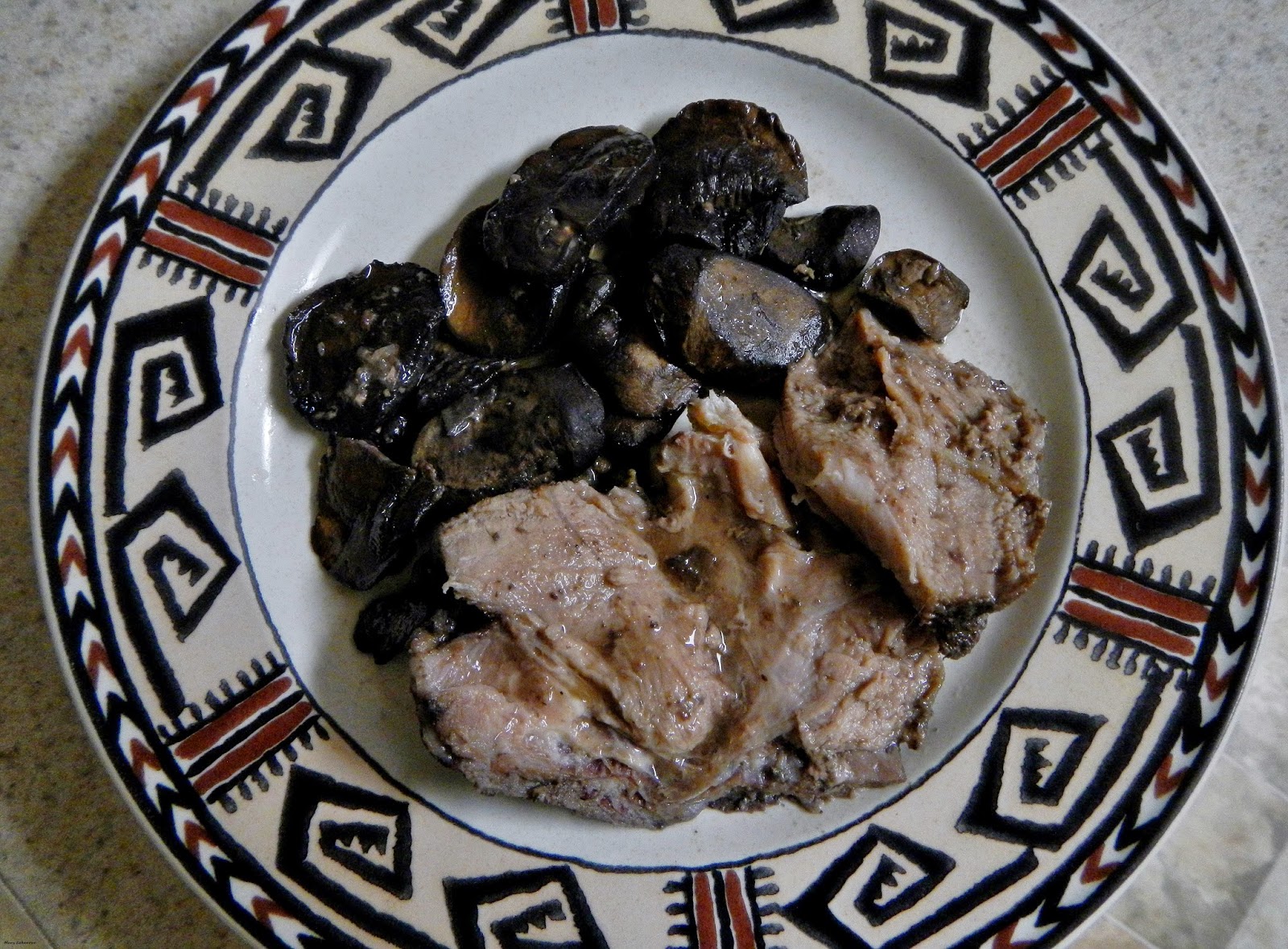 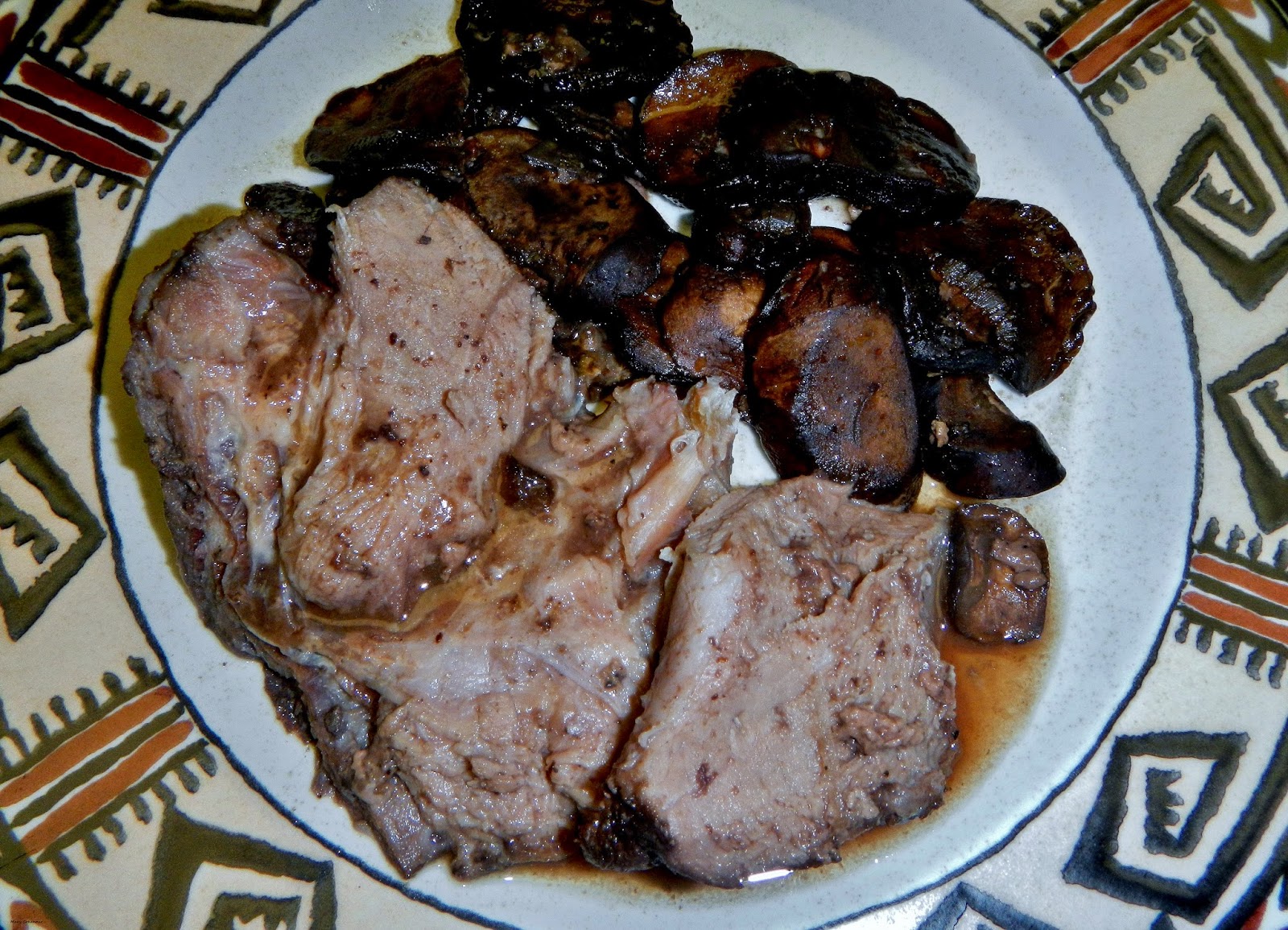