Fans of the Good Witch (movies and series) which is featured on the Hallmark channels enjoy, not just the stories, but the morals and lessons learned from the characters themselves.  Many of us also want the recipes for many of the food items mentioned on the show.  Hallmark has a pdf (https://hallmark.brightspotcdn.com/46/9b/4c640c164f178a0a7f17c678372b/gw-recipe-grimoire-2020.pdf) for download, but it only contains about 12 recipes.  Two desired recipes are for the Apple Cider Donuts featured in Good Witch: Curse from a Rose, and I have already given you a version of this recipe.  The second is for Martha Tinsdale's Pumpkin Pie and her secret topping, and I am going to give you that recipe now.  This pie appeared in Good Witch: Tale of Two Hearts, and while I make a great pumpkin pie, even Martha's version was favored by my own family!

While the recipes are geared around Halloween themed movies, they are great any time.

1 ½ cups sugar (Yes! You can use a substitute like Swerve)

1 tsp. each of ground nutmeg, ginger and cloves

½ tsp. fresh ginger root (if you can’t find it, then use ground)

Preheat oven to 425F; place a jelly roll pan in oven to warm up. (this will keep the pan from warping while the pies bake). Divide pecans, if using, between the 2 pie crusts, pressing them down slightly into the bottom of the pie pans. (be careful to not go through the crusts)

In a large bowl, mix together the pumpkin, sugar, salt, spices, and eggs. One can at a time, beat in the evaporated milk until well incorporated into the pumpkin mixture. Remove jelly roll pan from oven (careful, it’s hot!) and place pie pans on top; ladle pumpkin filling into each until it reaches the interior edge.

Bake pies at 425F for 15 minutes; reduce heat to 350F and bake an additional 50-60 minutes; a knife will come out cleanly from center when done. Let pies cool for 2 hours before serving.

Before serving, in a small bowl, mix together all ingredients for Topping, divide in half and sprinkle over tops of the pies. 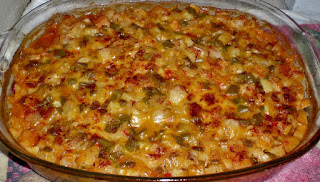