Basically, I often let it be known that the most I miss about the East Coast is the food.  Roy and I have discussed the question of "would we ever go back East?"  The answer is that it would have to be for a very, very good reason; and we probably wouldn't feel very comfortable.  Comparing the wide open spaces of where we live now to the traffic and people congested areas of New York City, Philadelphia and Lancaster...no comparison.  Comparing the clean air, the blue sky, the overall feel good feeling to pollution that is quite visible, smells that would make a skunk gag and overall feeling of oppression...no comparison.  Southeastern Utah wins hands down! What did Roy say to me the other day, oh yes, "hun, you may have been a city girl because you lived there, but deep down, you ain't no city girl"  He's right, I never was very comfortable living in large city areas; hating the pollution, noise, crowds; many are surprised when I tell them this truth about myself.

We did travel up to the Salt Lake City area once, and once was enough.  I have driven many of the highways of the East: Long Island Expressway, Belt Parkway, Schuylkill River Parkway, I-95; to just name a few and they didn't bother me.  The highways in the Salt Lake City area are terrifying!!!  Yeah, if they can scare me, then they must be bad.   Seeing a tiny Prius cut off an 18 wheeler with only a foot to spare speaks to me of having a death wish and not caring who is taken with the driver.   See, that's another reason I like the area we live in now; our version of a traffic jam is three pickup trucks in front of you as you're driving down either Highway 191 or 491; and the passing lane is a mile away.

One business I’d personally love to see develop is Italian based, a combination of restaurant/delicatessen/bakery which would be a wondrous place to tantalize all the senses.  From the bakery alone, the smell of baking wafts throughout the air, the sight of decorated cakes, the taste of crispy cookies, hearing the workers speak in a romantic language, the feel of a loaf of real Italian bread and the overall feeling of contentment is intoxicating.   Of course if you’ve never experienced such a place, then you don’t truly know what you’re missing out on. 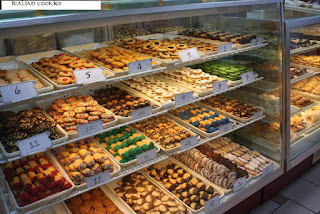 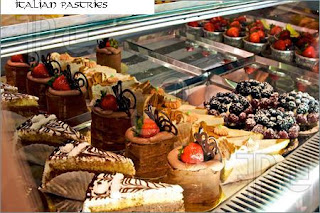 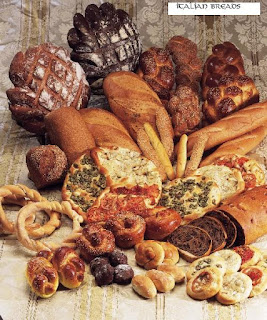 Little by little I have been learning to recreate recipes from the Italian Bakery; no folks, we don't have such a wonderland in our area.  If you do in your area, appreciate it!!!  Two previous articles I’ve written covered Tiramisu and Cheesecake, now I have decided to tackle cookies, not your typical chocolate chip or sugar cookies, but Italian cookies.  The first is a chocolate meringue cookie called "Brutti Ma Buoni" which translates to "ugly but good", containing nuts and Amaretto.  The second is a cookie made with ricotta cheese and is basically a simple cake like cookie, not overly sweet and putting a glaze or frosting on them is optional. 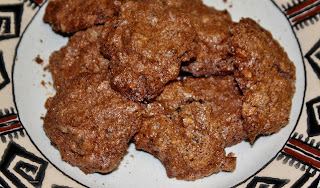 In a large bowl, beat egg whites, vinegar and cream of tartar until soft peaks form. Continue to beat, while adding 2 tablespoons at a time of the sugar, until stiff peaks form; beat in the Amaretto.

Gently fold in the cocoa powder and nuts, so as to not deflate the egg whites. Drop, by tablespoon, the mixture onto the cookie sheets; bake for 15-20 minutes; until cookies become firm. Remove to wire racks and let cool. 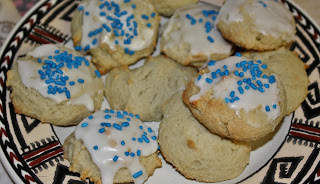 In a small bowl, cream together the sugar and butter until fluffy; continue to beat in the preserves, then one egg at a time until all are incorporated fully.

In a large bowl, sift together the flour, salt and baking soda; add the mixture from the small bowl and mix together well; add the ricotta cheese and mix in fully. The dough will be thick, so can easily be measured out by rounded tablespoons onto nonstick cookie sheets.

Bake for 15-17 minutes or until tops are golden brown; move cookies onto wire racks to cool.

The cookies have a mild sweetness at first, but intensify as eaten. However, a glaze can be spread onto the cookies and sprinkles added immediately before it sets.

Mix together until it becomes a spreadable consistency.