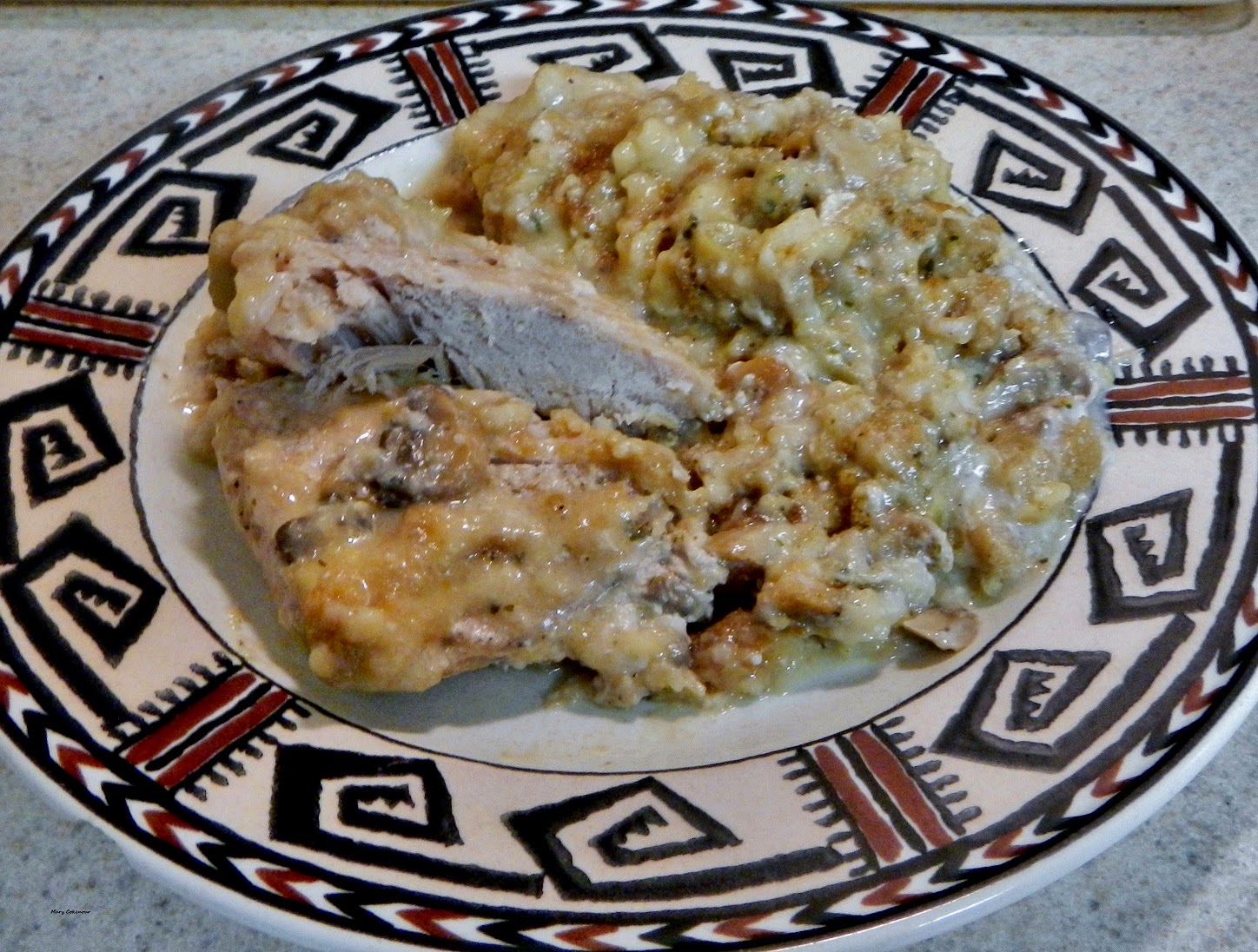 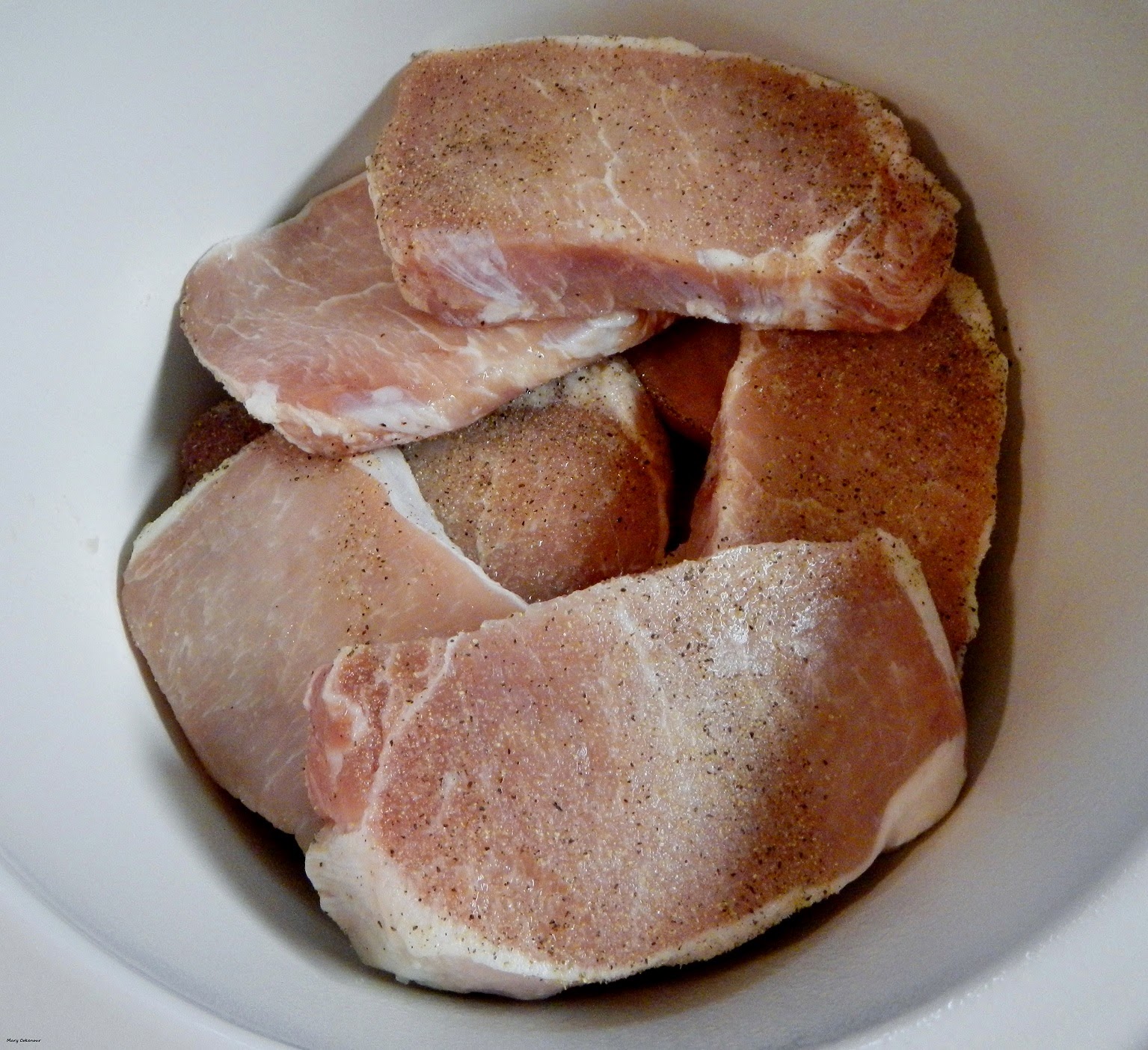 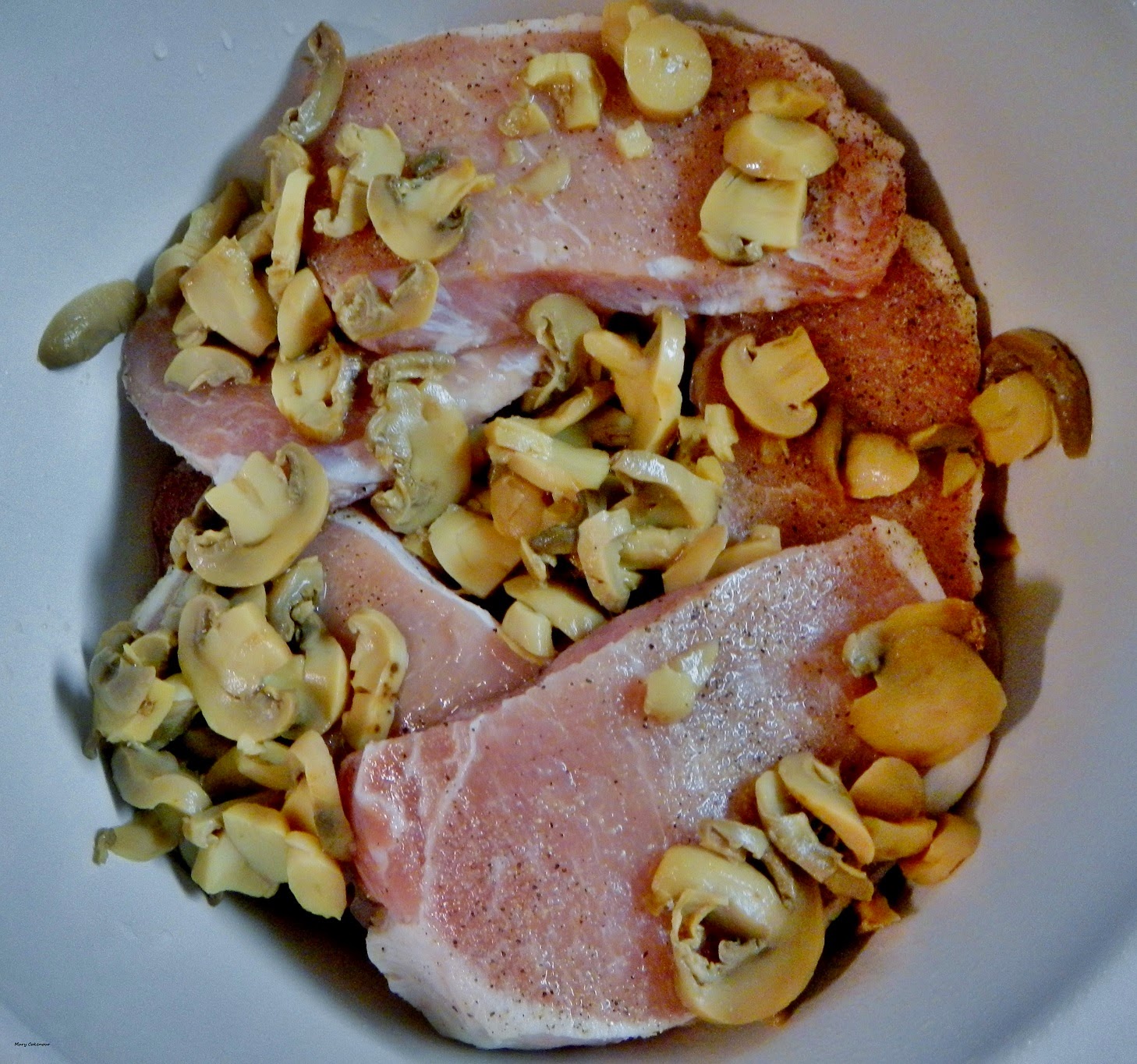 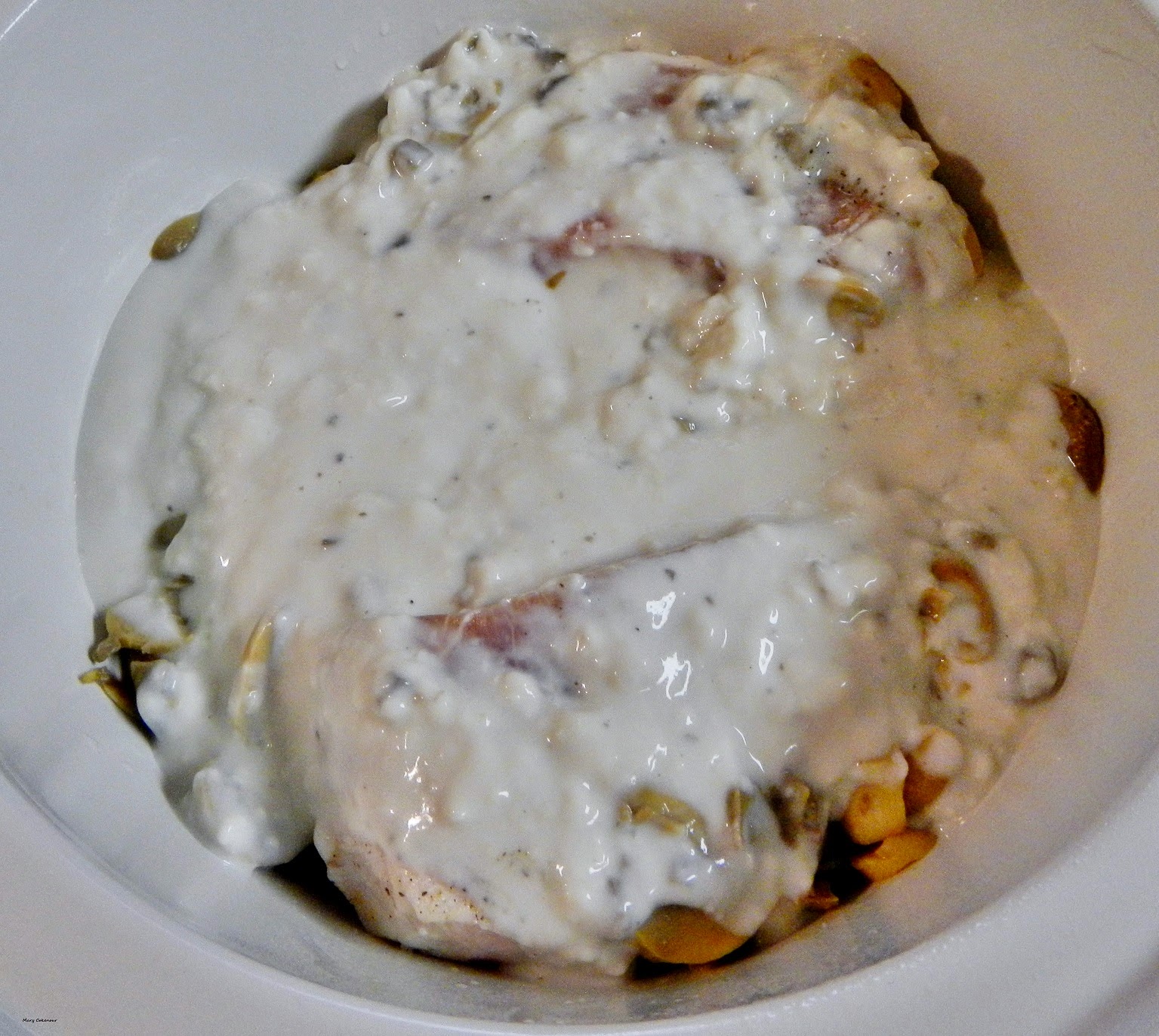 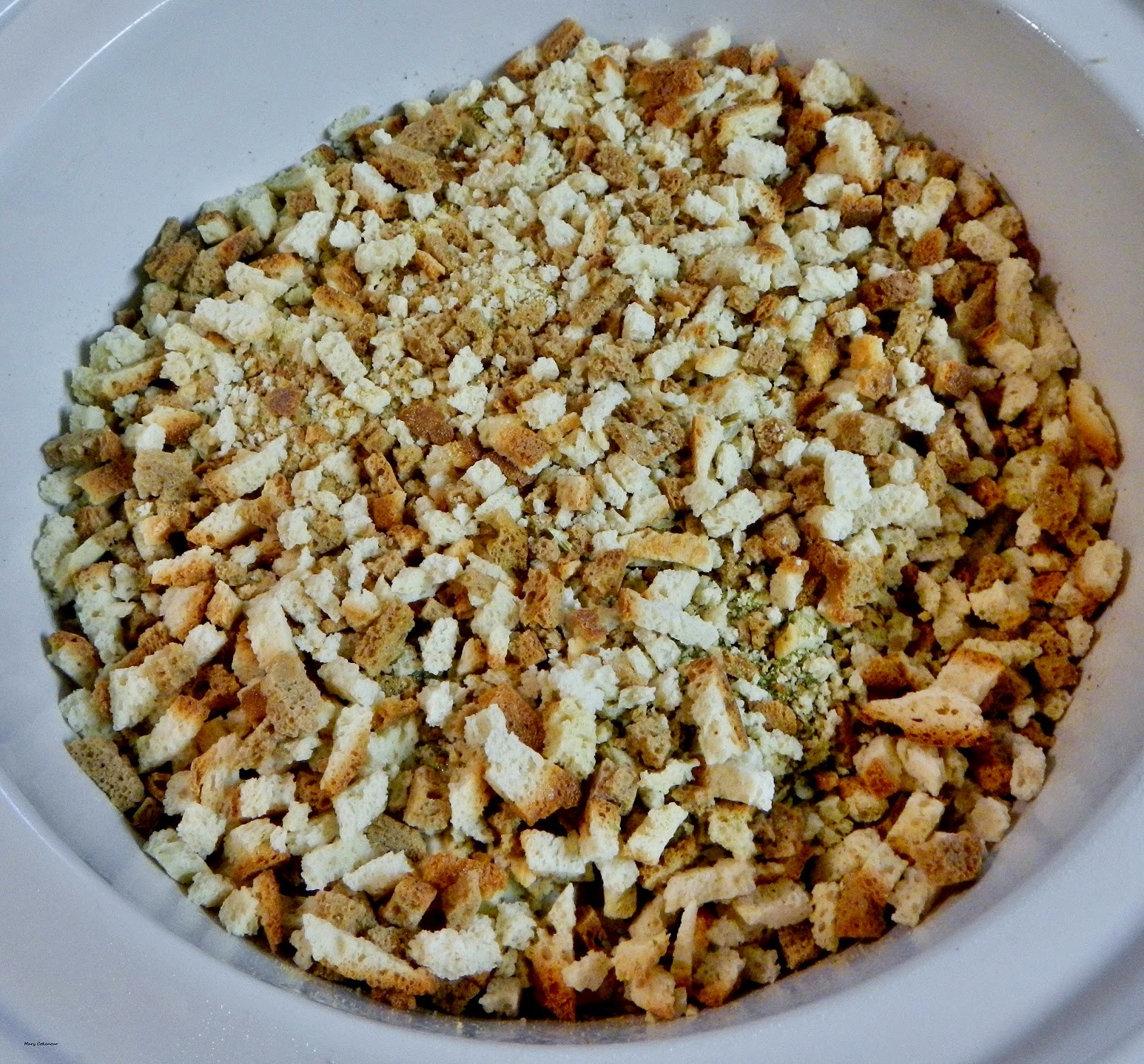 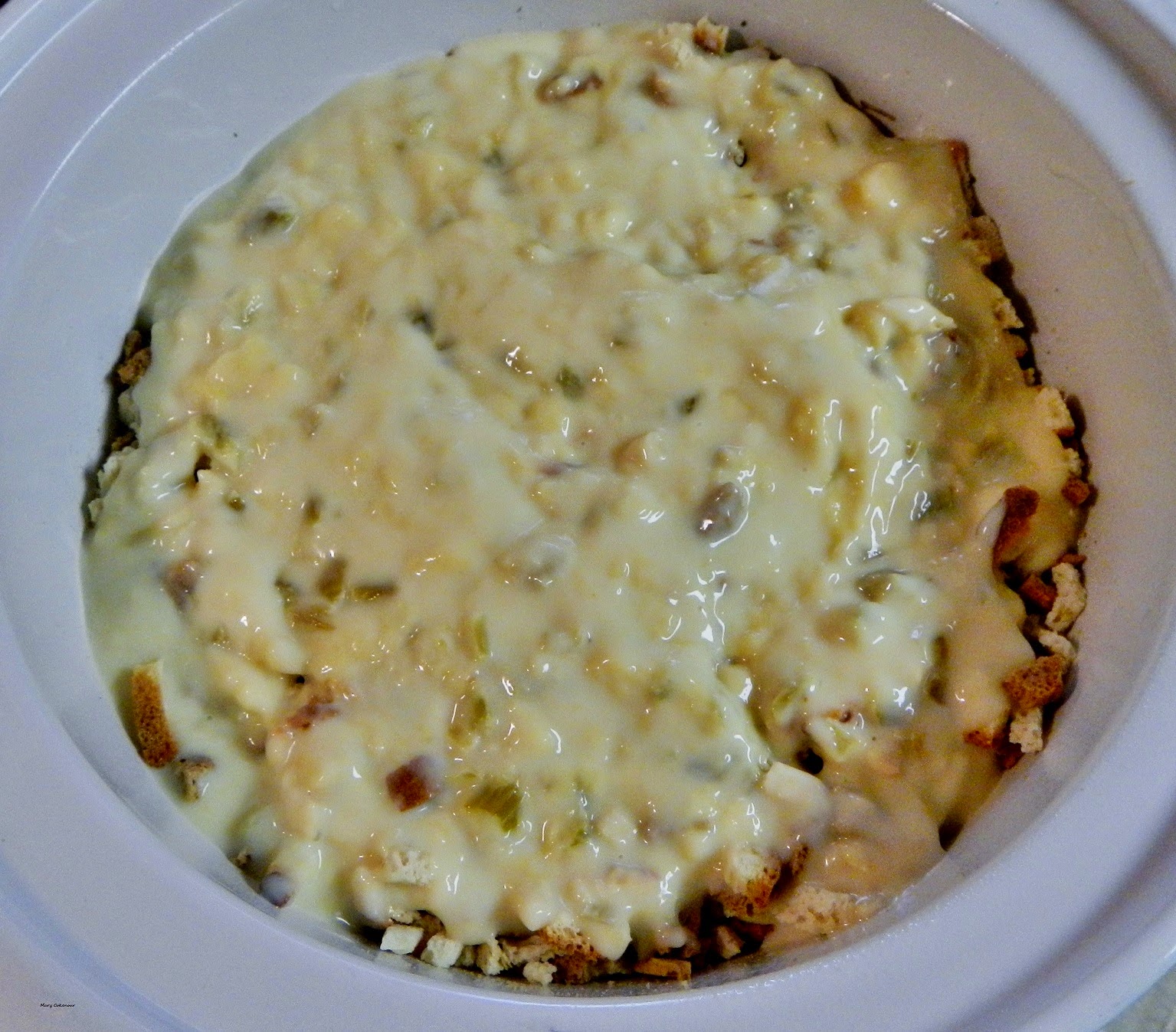 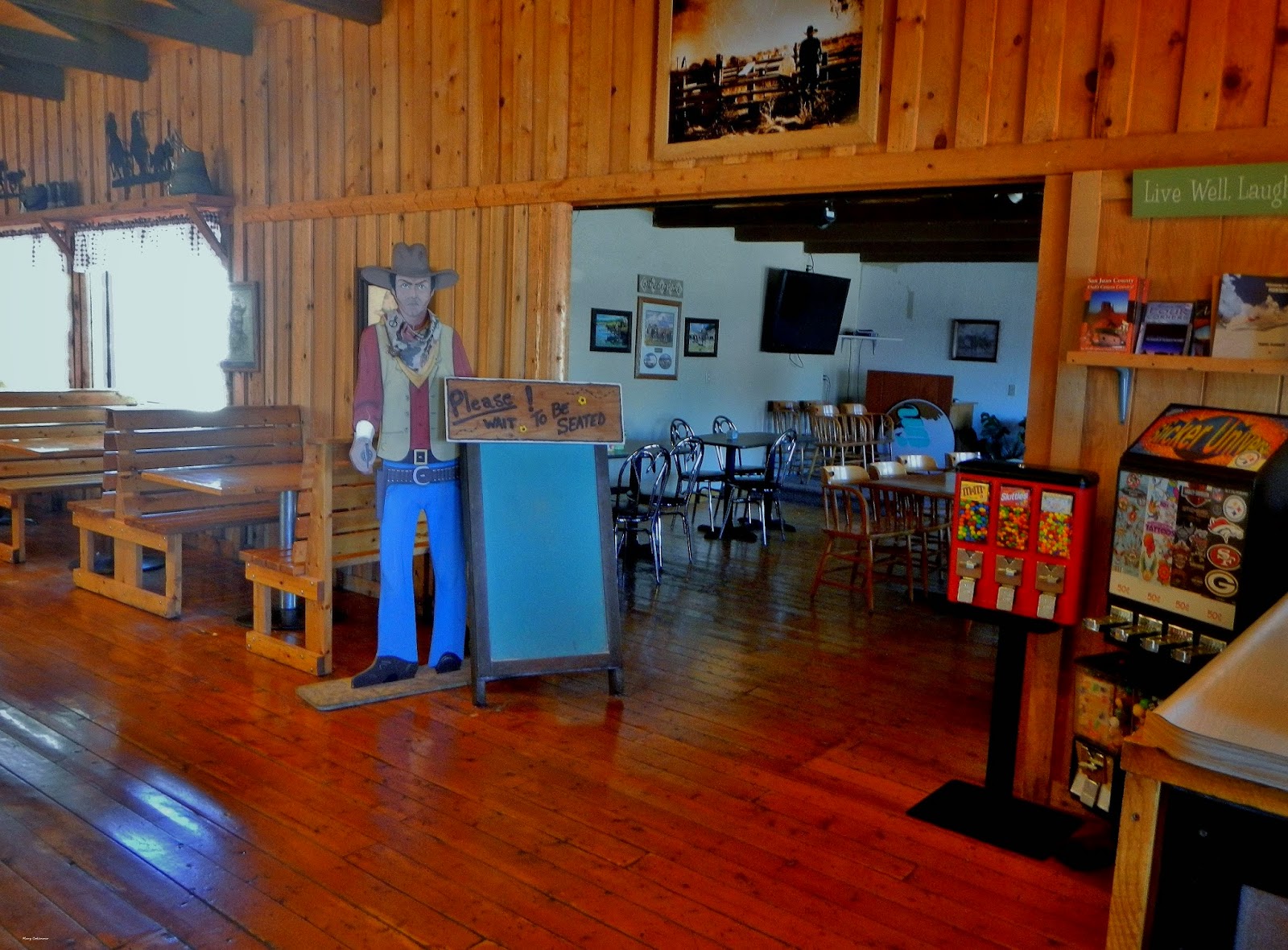 A new chef has come into Monticello, taken over the old MD Ranch Cookhouse; serving up comfort food to all us cowboys and girls. Lou Jean Cressler’s her name; cooking, grilling and baking are her claim to fame. After perfecting her skills in southern San Juan County, Lou Jean decided that Monticello was in need; to the rescue she came. Open six days a week (being open on Sunday is in the works) from 7am to 9pm, Lou Jean and her friendly staff serve up breakfast, lunch and dinner. The exterior and interior of the restaurant still have the looks of an old, rustic cookhouse; the memorabilia on the walls is dedicated to that most beautiful animal, the horse. 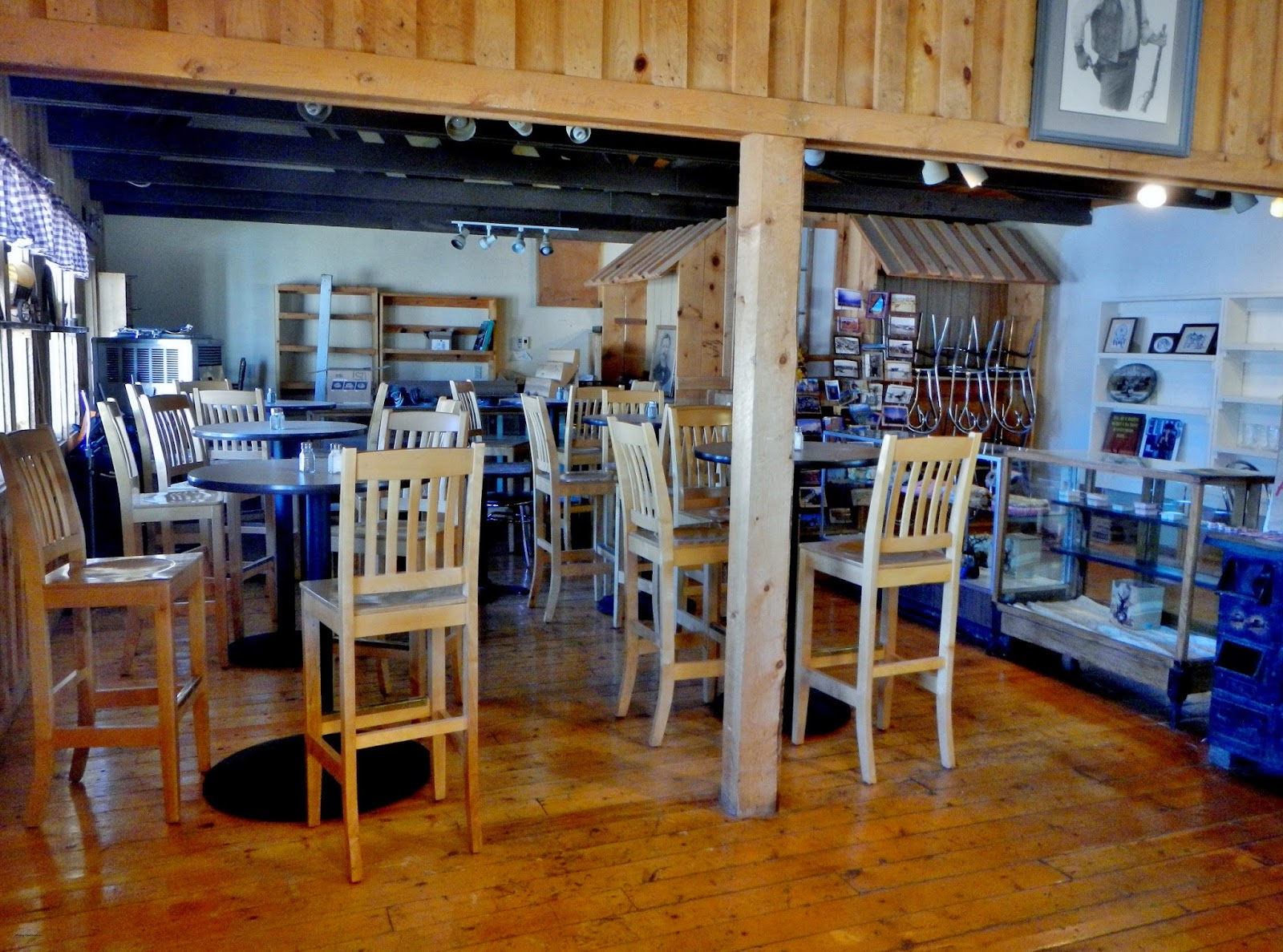 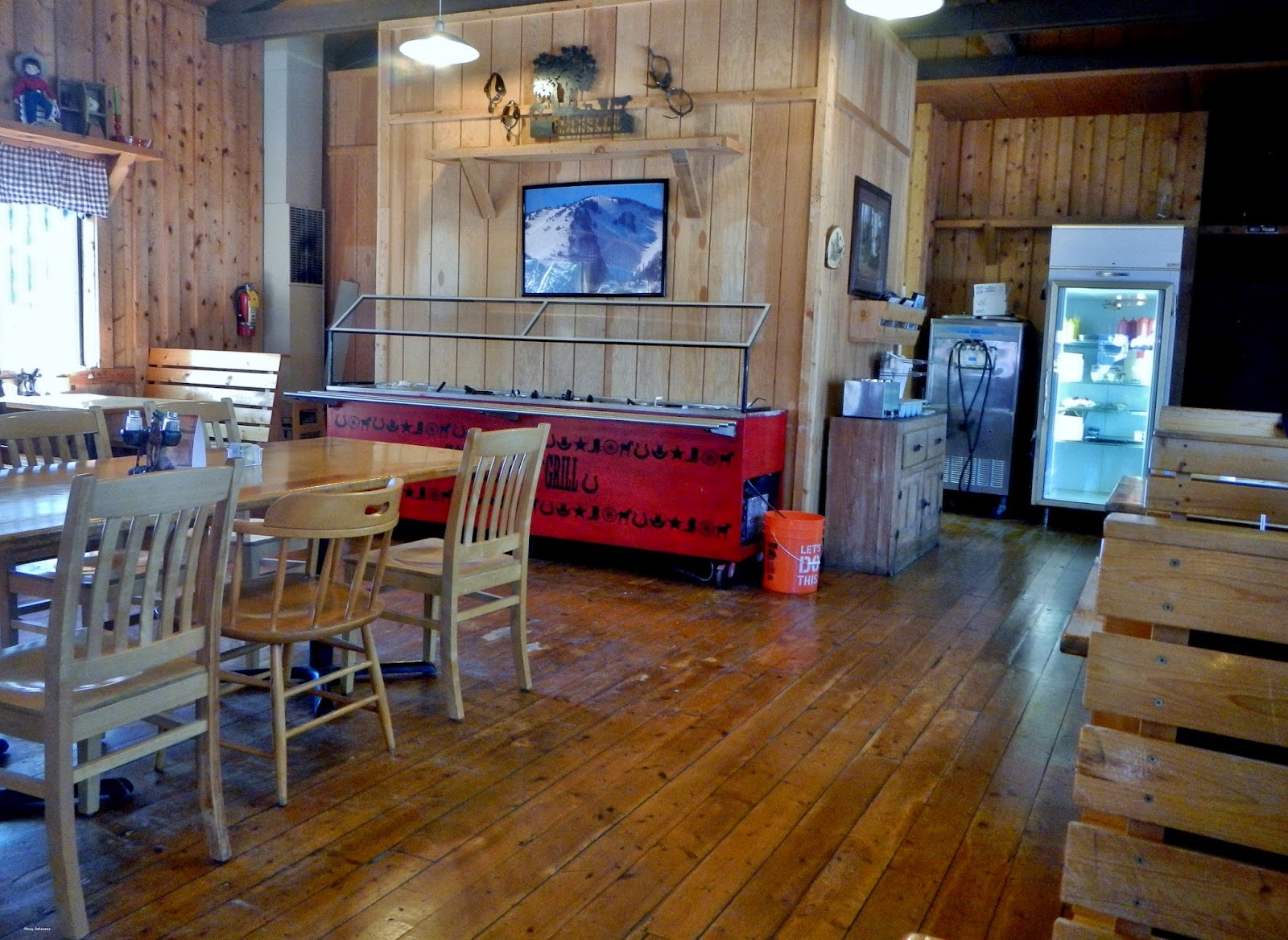 While the menu for breakfast offers up such delectables as French Toast, Pancakes, Burritos and Omelets; and the dinner menu gives you hearty Country Fried Steak, Ribs, Pork Chops and juicy Steaks; we were there for lunch.

Lunch is a dream for anyone who has just finished a long hike or busy morning at work. Horse Head Grill’s burgers are made for them special at Blue Mountain Meats; that’s right, they source in locally! The burgers are half pounders that are cooked on a charcoal grill; one bite and you’re sighing, “Charcoal…yum!"    Make sure to order something with bacon…thick cut, crispy and a generous portion make any burger or sandwich totally complete. Sides are fries, chips or a small salad; I recommend the onion rings that are lightly battered, whole onion and not greasy. The onion rings are also an appetizer, so a portion can be shared between two people; that is if you want to share after you taste one.
﻿ 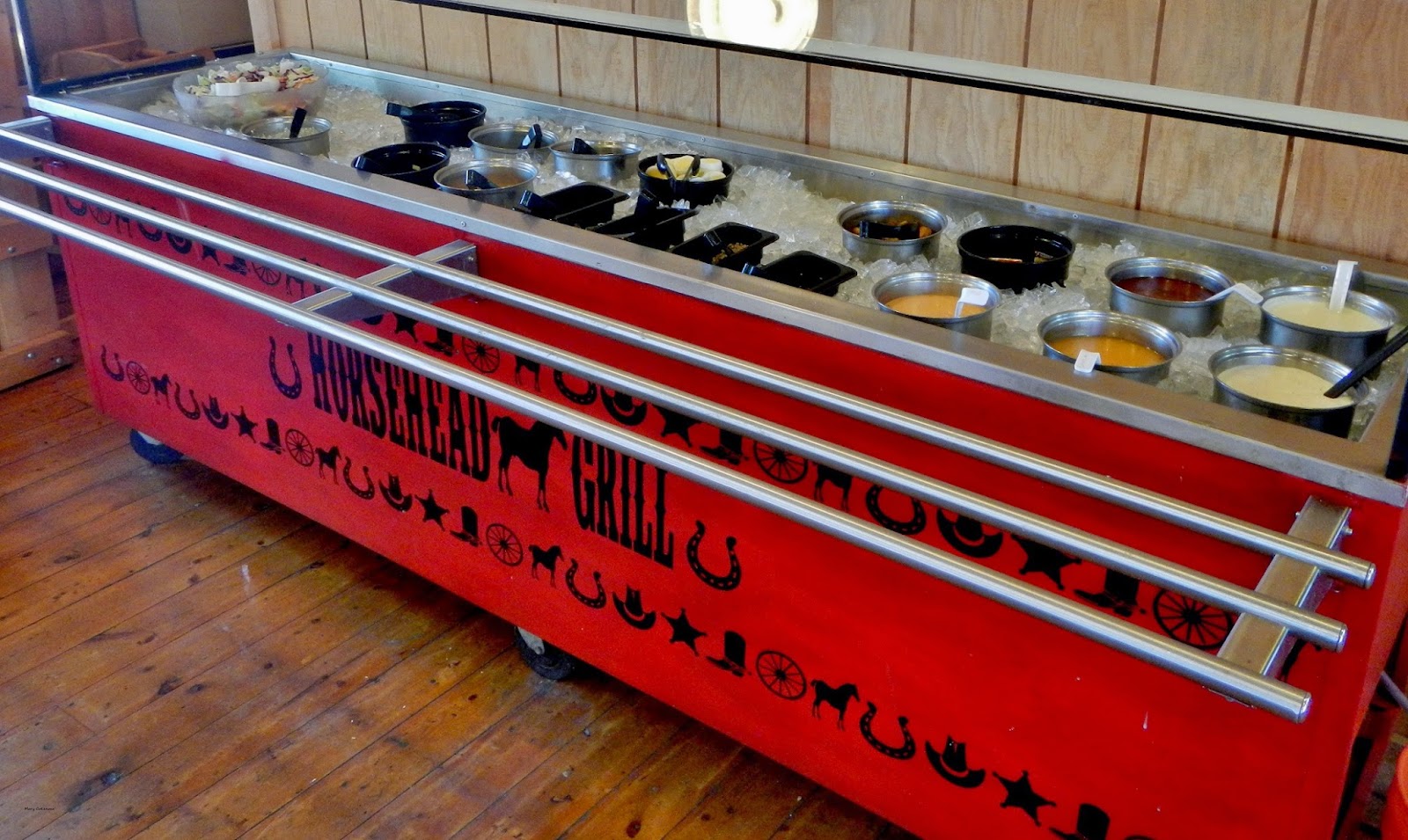 The lunch menu includes other items like Philly Cheesesteak, Chicken Strips (4 large tenderloins), Navajo Taco, BLT and more.  There is also a salad bar that can be added to any meal; or made into the meal itself. 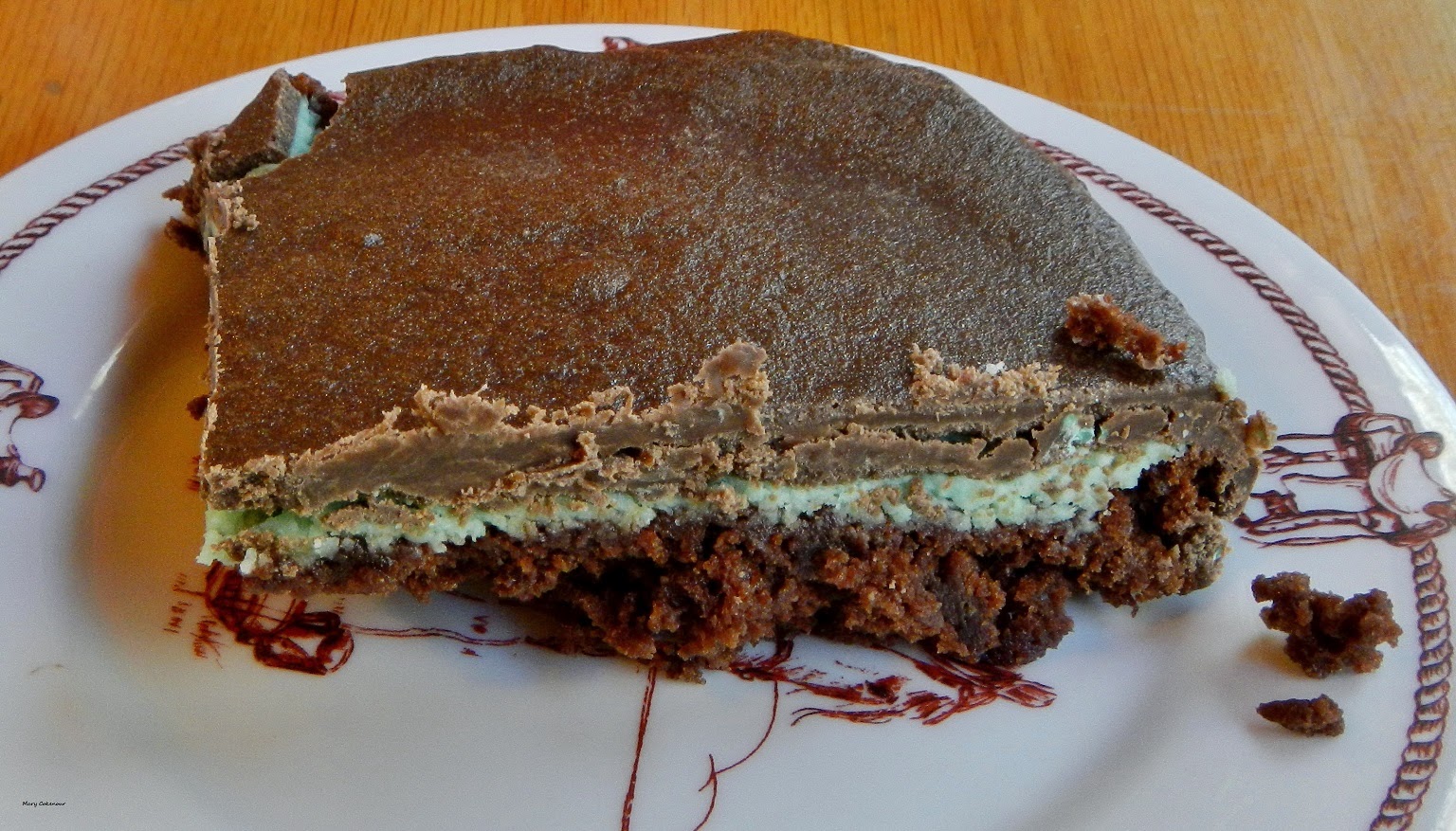 Desserts are house made by Lou Jean; cakes, pies and most awesome brownies.  I had the chocolate mint brownie; cake like brownie on the bottom; a layer of minty gooeyness in the middle; with a chocolate frosty layer topping it off.  I was in such ecstasy, I almost slid out of the booth seat; half was eaten there, the other half went home for later on.

Occasionally there is live music at the Horse Head, so keep an eye open when reading the San Juan Record (local newspaper) for announcements; or the Grill's Facebook page.  Hungry little cowpokes, yes, there is a children’s menu; and don’t be stealing that corndog off your child’s plate if you want to keep that hand.