Cottage Pie with a Southwestern Twist.

Cottage Pie (made with ground beef) is the American version of Shepherd's Pie; a staple of the UK, Scotland and Ireland made with ground lamb; both have simple vegetables added and a mashed potato topping. This new version of mine is going to have a Southwestern twist by using a cornbread topping, adding beans, chili powder and cilantro. A time saver with this recipe is that the topping bakes along with the casserole, instead of having to make it ahead. 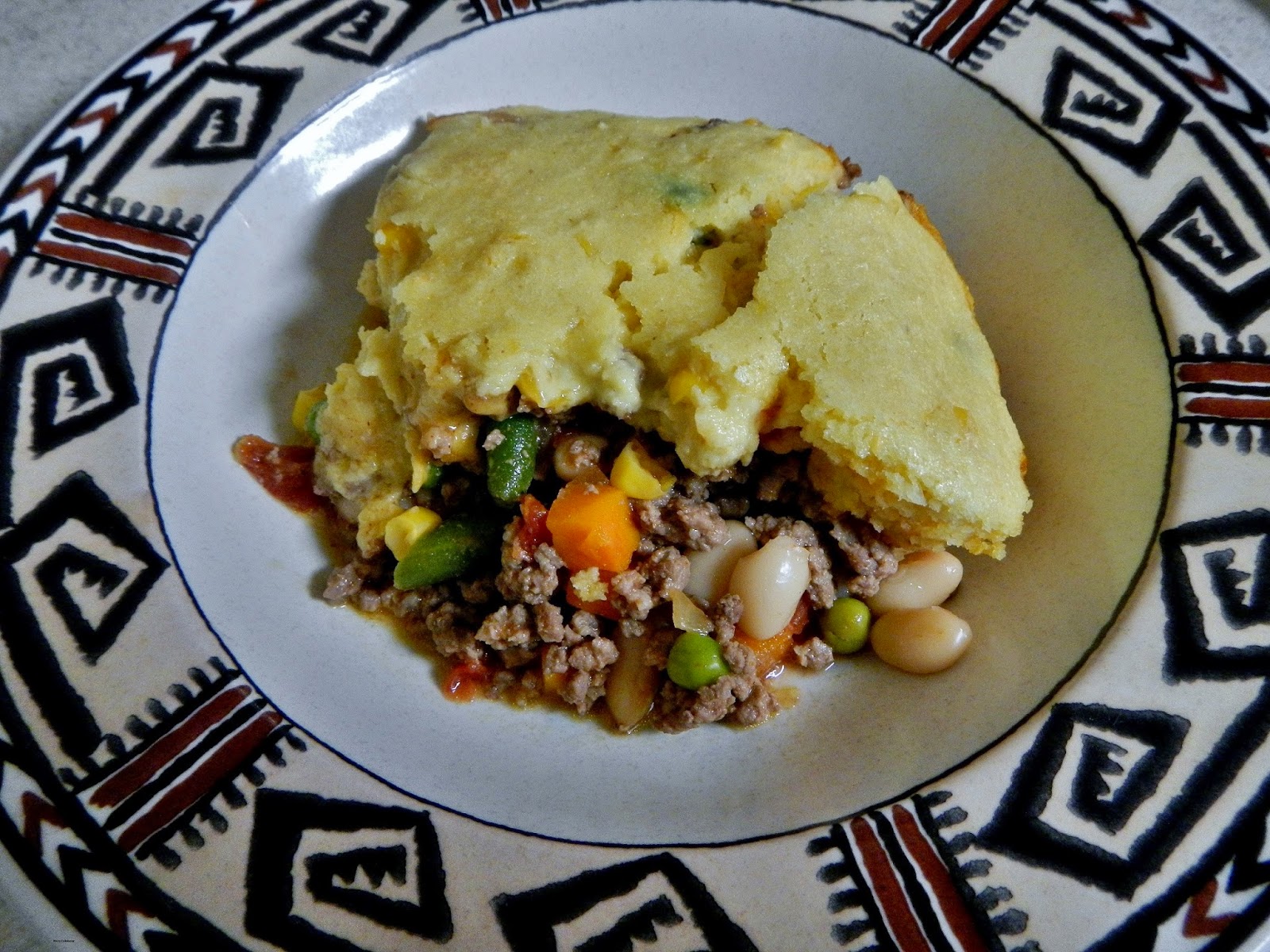 
Brown ground beef in a large skillet, over medium-high heat, until there is no more pink color. 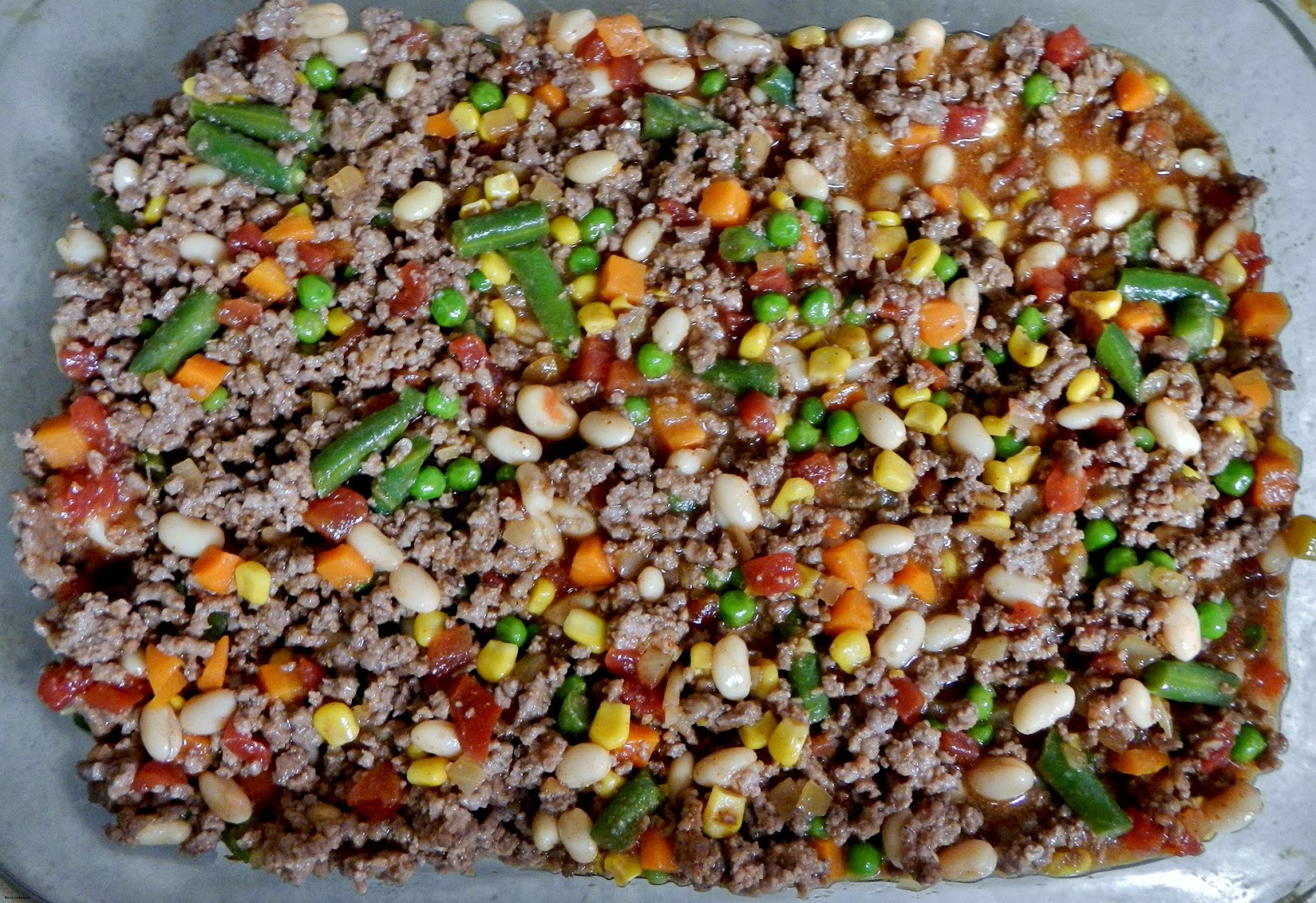 In a large mixing bowl, mix together the browned beef with the mixed vegetables, diced tomatoes, white beans, salt, black pepper, paprika, cilantro and chili powder; spread out into the baking dish.  Spread out cheese over the mixture. 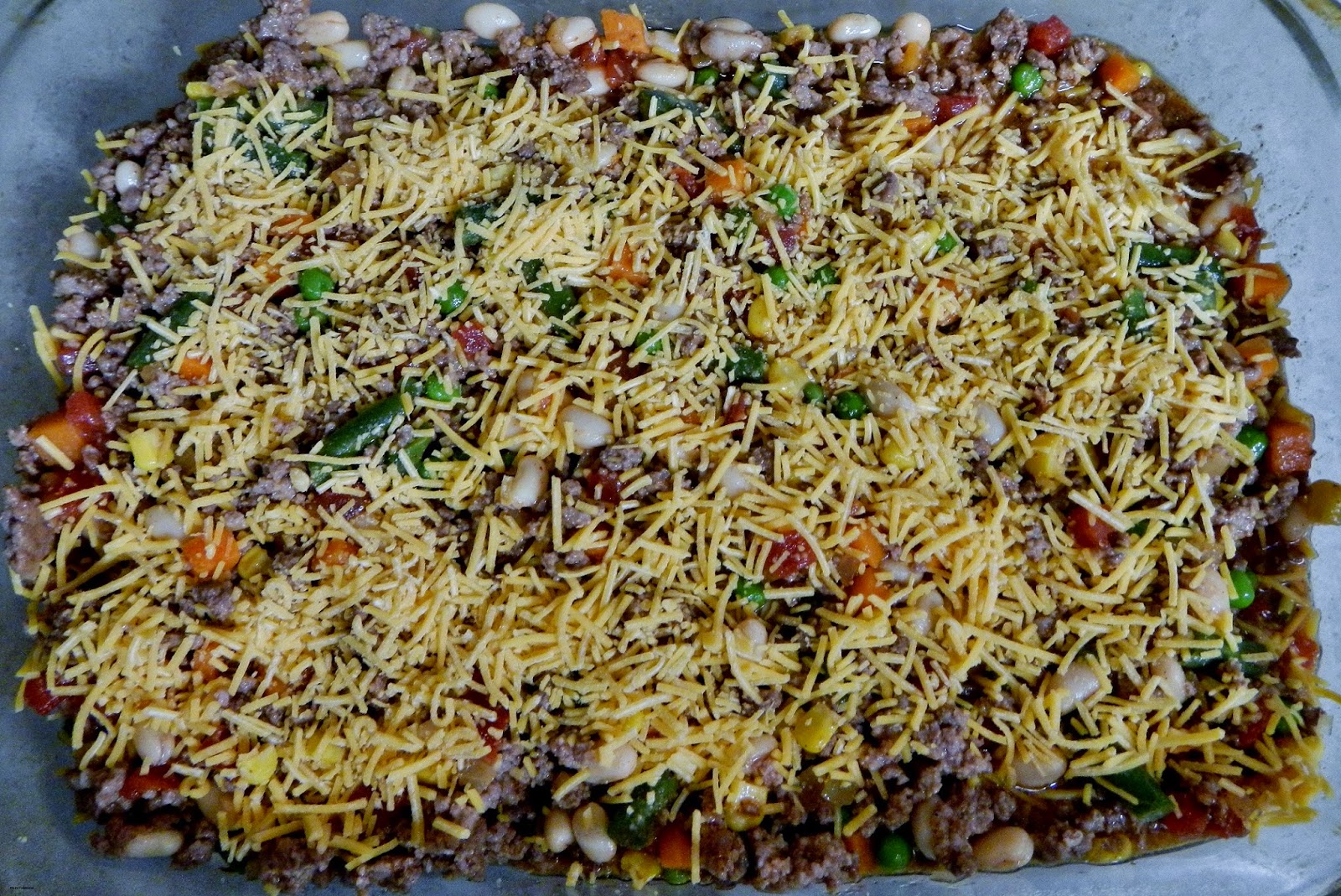 In a medium mixing bowl, prepare cornbread mix according to directions, but leave out the water and ¼ cup of oil; instead add in the creamed corn.  Mix thoroughly and spread out over the cheese and beef/vegetable mixture. 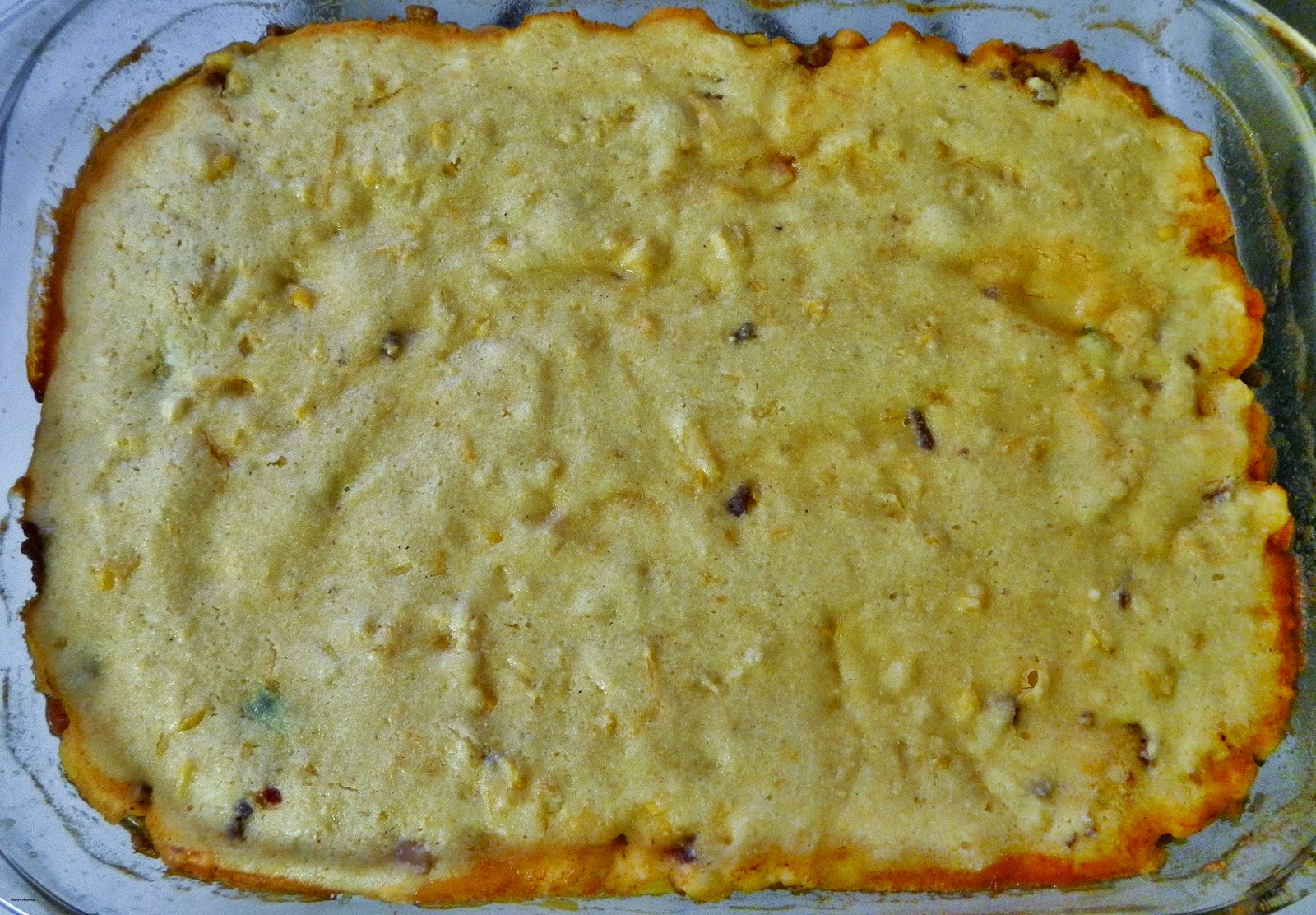