The Granary Doing the Dukes Proud. 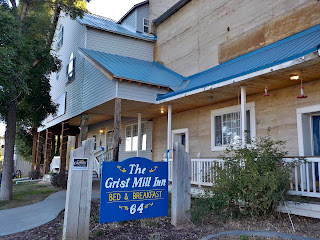 The Granary Bar and Grill


-located at The Grist Mill Inn- 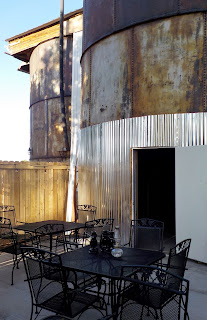 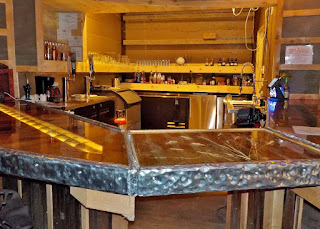 The Dukes of Hazzard that is, referring to The Boar’s Nest, local watering hole of Hazzard County and owned by the Dukes’ nemesis, Boss Hogg.  However, the Granary Bar and Grill is located within The Grist Mill Inn, and owned by Monticello residents Ben and Crystal Breedlove.

The concept behind The Granary is 1920s Speakeasy, and there is a long history behind the term “speakeasy”.  1823 England, a “speak softly shop” or “smuggler’s house” referred to an illicit liquor shop; 1880s the word popped up in Pennsylvania to refer to unlicensed saloons.  It was the 1920s and Prohibition Era that most Americans relate speakeasies to.  Al Capone’s Chicago establishments; New York City’s 21 Club, and other popular haunts of the rich and infamous.  Watching “The Untouchables” with leader Elliot Ness, on television; tommy guns blazing during car chases, kegs of booze being smashed apart with axes, flapper girls doing the Charleston and sultry ladies singing the blues.  These were the speakeasies and metropolitan cities immortalized by the news media and Hollywood.

The Breedloves’ speakeasy concept, however, is based upon the southern backwater, small towns with stills hidden in swampy areas, gators for guard dogs, and a sheriff named Bubba.  It was the federal government crackdowns into these areas that helped create one of America’s favorite sports…NASCAR!  Drivers loaded down with cases of bottled moonshine, and kegs of hooch, maneuvered the back country roads at racing speeds to outrun the law.  After Prohibition was appealed, the drivers found themselves easing into stock car races; the need for speed being their new addiction.

Ben, why a speakeasy?  “We love the era and the hidden doors and rooms inside the Grist Mill call out for this idea.  The flour mill is a perfect disguise for a distillery and yes, we will be selling moonshine!”  Phase 1 of the plan has been completed, the bar (including karaoke area) and restaurant.  Phase 2 is the installation of a professional kitchen and a gift shop through which guests will enter the bar through one of the previously mentioned secret doors.

In 1920s speakeasies, “finger foods” were served; easy to walk around with and needed to soak up the alcohol in the system.  Very necessary for when the secret signal was given that the cops were about to raid the joint.  While The Granary has a two page Booze Menu, it’s the two page Food Menu that was more interesting to this foodie.

Local Patrons enjoying the offerings of The Granary Bar and Grill include Monticello's own Cindi Holyoak (hubby Michael was too shy to want a photo taken), Luke Lessner, and Jason Phillips of Canyon Country Discovery Center. 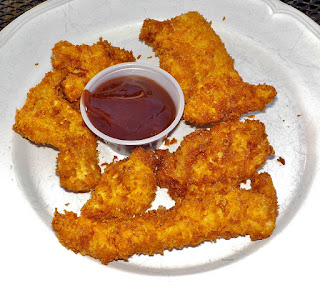 There’s more to choose from than just finger foods, so be prepared to sit a spell and eat while enjoying a cocktail or icy cold brewski.  For a starter, we chose the Chicken Strips; 3 strips of hand cut chicken breast, deep fried with a coating of crispy, light panko (Japanese bread crumbs used for tempura).  These long strips were perfectly cooked, tender and moist, and the panko gave a delightful crunch to this appetizer.  House made sauces available are ranch, bbq, chipotle, buffalo, ketchup and that Utah favorite, fry sauce. 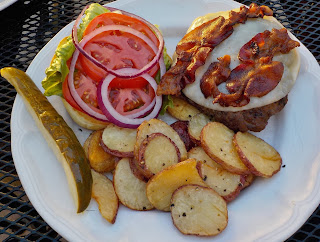 Main course was burgers, the Triple Bacon Bypass for myself; bacon combined with 6-ounces of  80/20 ground beef (sourced from Kanab Custom Meats, UT) bacon strips adorning the well cooked meat and a spicy chipotle bacon mayo slathered on the bun.  Hubby chose the Bacon Blue Mountain Burger which was highly recommended by my co-worker Jason Phillips, who had been dining at the bar.  This burger was topped with a mound of sautéed onions, caramelized mushrooms and melted bleu cheese.  Both burgers came with a side of red fries, red skinned potatoes lightly fried and seasoned with salt and cracked black pepper. 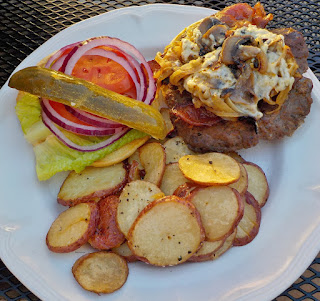 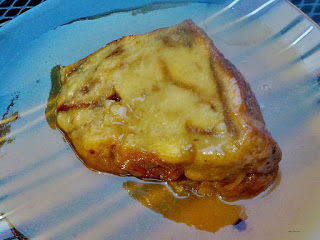 Dessert was a to die for Bread Pudding with a vanilla hard sauce; soft French bread is used; the sauce is cooked down with a mixture of cinnamon, nutmeg, vanilla and, depending on the chef’s mood, either brandy or rum.  This is no ordinary bread pudding, it is a slice of decadence on a plate.  Next time we’re ordering this first; life is short, eat dessert first! 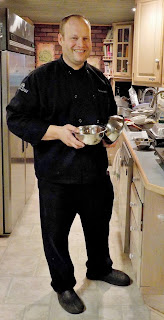 …and let’s meet the chef of The Granary, Robert Lundell, but you can call him Rob.  Formerly of Harmon’s Station Park Cooking School, he was involved in recipe development with many originating via a “mother sauce”.  Sauces were originally invented to cover up the awful taste of rancid meats, but now they are used to enhance the flavors of many dishes, including desserts.  It’s no wonder the vanilla hard sauce on the bread pudding was so amazingly delicious!

The Granary Bar and Grill had its grand opening on Friday, August 31st; while the Breedloves are now working on Phase 2, we wish them good luck in all their endeavors. 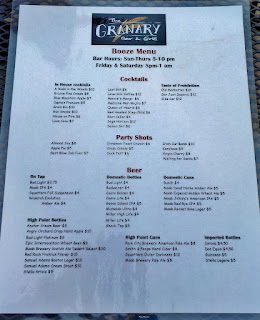 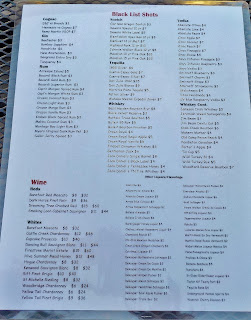 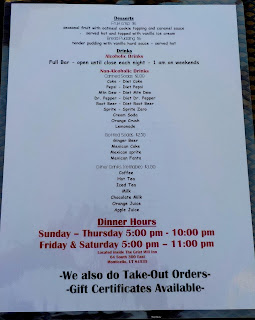 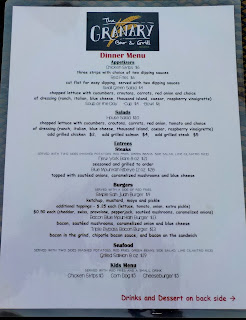