Done Up in a Bun.

There I was, perched upon the edge of the sofa, eyes glued to the television screen, adrenaline pumping…Yes!  Tombstone tears into MadCatter, metallic armor flying to all corners of the arena, and it’s a KO!  That’s correct folks, we are fans of Battlebots, featured on the Discovery Channel.  Hearing, “It’s robot fighting time!” means the sofa will only be vacated during commercials, so not one bit of action is missed.

Thankfully, my buns in the oven were set to a timer which just happened to chime at commercial time.  Otherwise, well they would have been more on the mature side, then planned upon.

“Bun in the oven”, a phrase meaning to be pregnant or expecting a baby.  Originating in the novel, Cruel Sea, by Nicholas Monserrate, published in 1951, a character named Bennett says, “I bet you left a bun in the oven, both of you”, to a couple that just spent an intimate night together.  But why the reference of a baking bun to a baby?   According to the Oxford Online Dictionary, the phrase is a pun, “As a bun grows in size when baked in the oven, similarly, an unborn child grows in the womb of the mother.”

Typically a baked bun is small, sometimes sweet, bread-based, comes in many shapes and sizes, with a rounded top and flat bottom. Well, babies are considered to be sweet, come in different weights (sizes), have a round head and flat feet; sure I can see it.

Buns are usually made from flour, sugar, milk, yeast and butter.  Common sweet varieties can contain chopped fruits or nuts, may be topped with icing, or a sweet drizzle like caramel; or filled with jam or cream.  Other types of buns are used to fill with various meats, cheeses and vegetables; perfect examples are hotdog, hamburger or sandwich buns.

Depending on the culture a "bun" may also refer to particular types of filled dumplings, such as Chinese baozi, or bao, a type of yeast-leavened filled bun.  There are many variations in fillings (meat, vegetables or combination of both), and preparation is either steamed or baked.  You have seen me mention “Roast Pork Buns”, and these are delectable, hand held buns usually found in Chinese bakeries.  Personally, I could eat six in one seating, and still be craving more; that’s how spectacular in flavor, taste and texture they are.  No plans to get to Chinatown in New York City or Philadelphia anytime soon?  Head into Moab and Bangkok House Too; they offer up steamed pork buns as an appetizer.

While the recipe I will be giving you is not the Chinese version, it can be easily made in the home kitchen, using beef, pork or chicken.  Normally, I would make this recipe, shred the meat and spoon it atop sandwich buns; a salad on the side of macaroni or potato, or maybe macaroni and cheese.

However, when watching an exciting show, like Battlebots, you most certainly do not want to be balancing any sort of plate on your lap.  The excitement will be so much, well that plate will go flying, like the shell off Captain Shrederator!  Better to take your chances with a bun in one hand, and make sure not to slap it with the other hand. 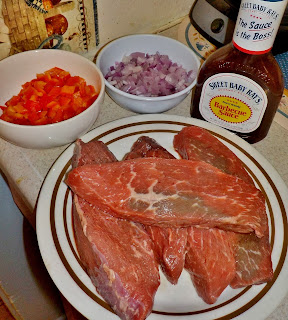 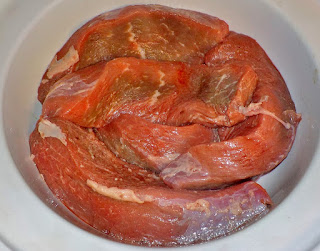 Spray interior of 2-quart crock pot with nonstick cooking spray.  Place beef, upright on sides, against crock pot walls, and in center.  Top with bell peppers, then red onions; cover all with barbeque sauce.  Set on low and cook for six hours. 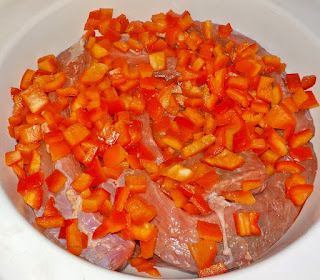 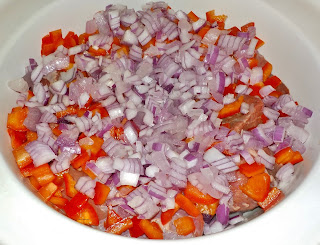 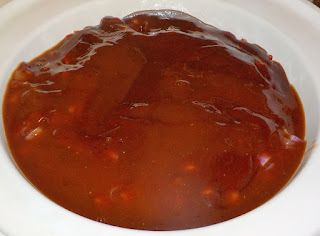 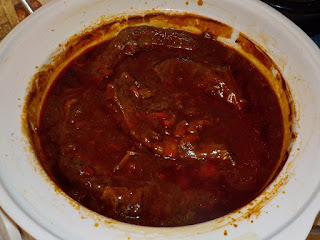 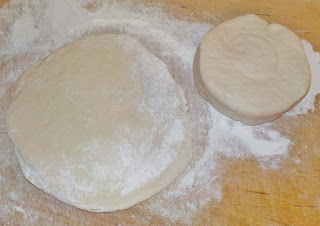 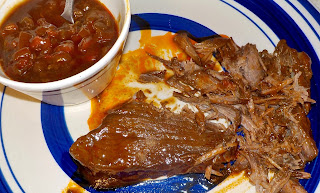 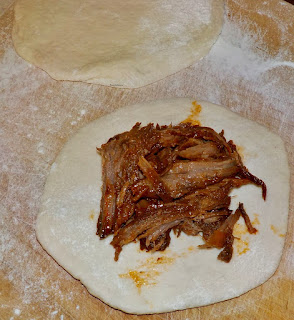 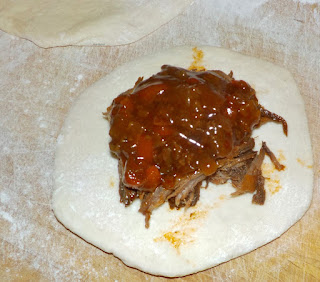 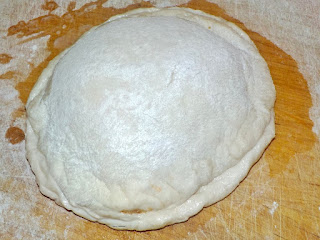 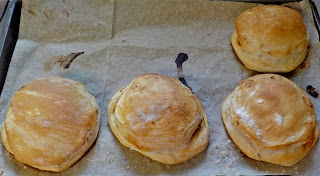 In a small bowl, whisk eggs with milk; brush liquid over tops and edges of buns on trays.  When all buns are complete, place in oven for 20-25 minutes, until golden brown.