That's right, this is about creating bread pudding out of donuts; not just any donut, but yeasty glazed donuts. Donuts made with yeast are light, airy and absorb liquid without becoming too heavy, mushy and falling apart. Glazed donuts are packed with sugar, so this is not diabetic friendly; however the brown and white sugars normally used for bread pudding are not needed. Will it be overly sweet?  Surprisingly not, but if you want "hurt your teeth sweet", than add sugar to the recipe.

Roy, my hubby, does not usually care for bread pudding, but he tried this and went wild for it.   I served a scoop of Tillamook's "White Chocolate Raspberry Yum" ice cream, available at Blue Mountain Foods, alongside, and not a crumb was left.

Basically what is a bread pudding?  The origin of this pudding, which is not a pudding by true definition, is traced back to 11th and 12th century England.  This dessert was an invention of necessity to prevent food waste.  Instead of throwing out stale bread that was hard to chew, cooks and homemakers soaked the bread in hot water and squeezed it dry.   Whatever sugar and spices were available were then mixed in, baked in an oven, and served up piping hot.

By the 13th century, the recipe, called “poor man’s pudding”, due to being allocated to the lower classes only, started to evolve.  Eggs, milk and a fat were mixed together, poured over the stale broken up bread pieces, to be soaked up.  Now called “bread and butter pudding”, it became shortened to “bread pudding” and was served to any class of the populace, even royalty.  See, give a dish a fancier name, and now everyone thinks it is a must-have.

Why is it called a pudding?  The dish includes a cereal base (the bread), and has a soft and spongy texture after baking.  This simple dish of “rehydrated stale bread” has developed into a dessert that can be played with.  Any type of bread, made with yeast typically, can be used; additives such as dried fruits, nuts, honey and chocolate bring it to the next level.  Served as is, with ice cream, whipped cream, or a sauce makes it an ultimate dessert filled with comfort.

I've teased you enough, let’s get to the recipe. 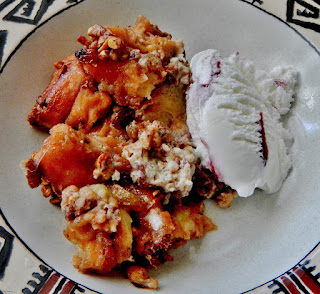 12 (yeast made, not cake) glazed donuts 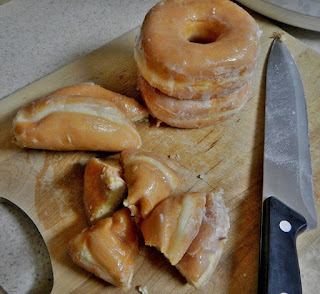 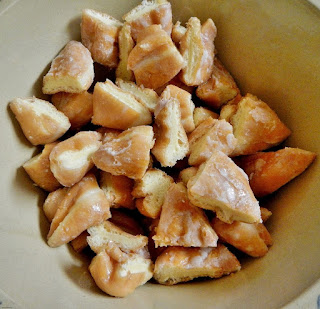 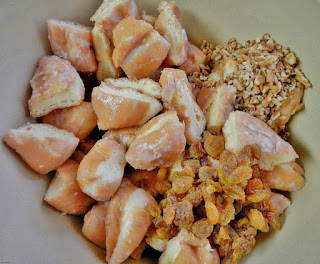 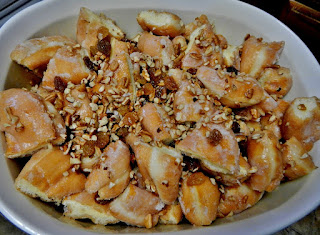 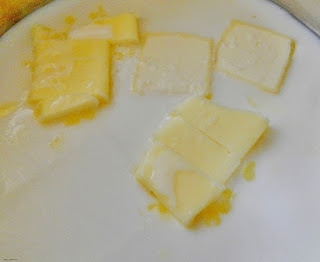 In a medium saucepan, melt butter into the milk on medium-high; do not let boil and remove from heat when butter is melted. In a small bowl, whisk together eggs, cinnamon, nutmeg and vanilla. 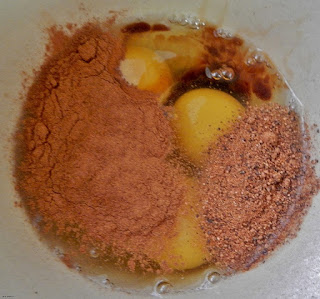 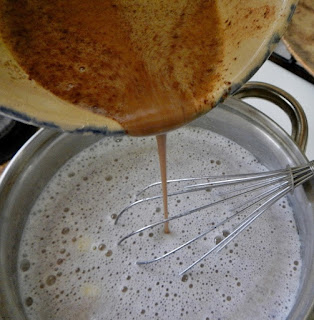 Slowly pour egg mixture into the butter/milk mixture and begin whisking immediately to avoid scrambling the egg mixture. Pour mixture over the donut pieces; use a spoon to work liquid between the pieces. 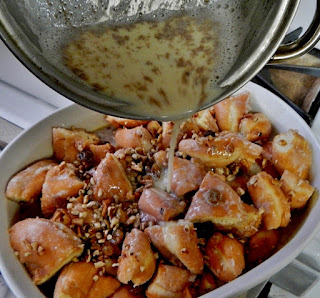 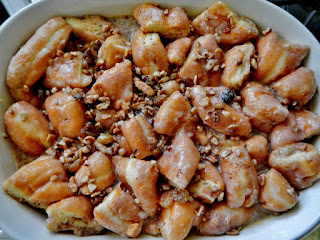 Bake for 40-45 minutes; top is a golden brown and sides are bubbling. Let cool 15 minutes before serving. 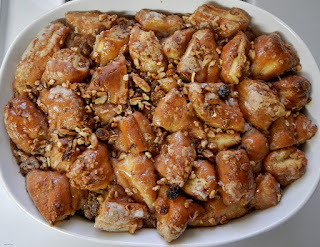 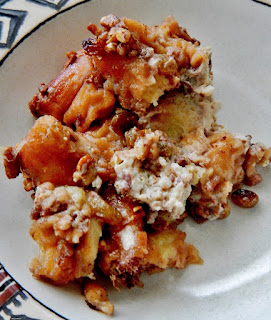 This is a treat that can be served as a dessert after dinner, brought to a social gathering, or something to gnosh on while watching a favorite movie.    …and with the winter holidays fast approaching, wow your family, friends and guests.  Enjoy the treat, you deserve it!

Posted by Four Corners Foodie at 10:34 AM