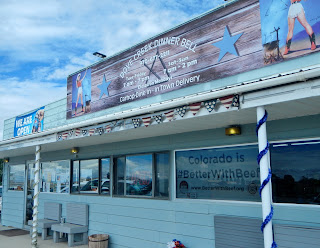 How times flies in the restaurant business.  It was only 2015 when we discovered The Dinner Bell, in Dove Creek, CO, and enjoyed many a breakfast, lunch or dinner there.  I have to admit that breakfast was my favorite meal.  We would get up early on a Saturday or Sunday morning, take a ride up into the mountains, just for an hour or so, and then to The Dinner Bell we went.  My favorite item on the menu was the biscuits, slathered in butter for me; layered in gravy for hubby.

Charlotte and Stanley Daves owned the restaurant, and Stanley was known as the best biscuit maker in town.  I concur with that! Sadly, it was in May 2016 that a reckless semi-truck driver decided to take Stanley’s life while he rode his tractor down the highway.  Charlotte kept the restaurant open for a few more years, but it was not the same any longer.  So, she sold it to new owners, who converted it to DC Rack Haus.  Charlotte worked in various places, but something just was not quite right for her.  She was a leader, not a follower; a giver of orders, not a taker of them; she admits, “I like being the boss and in control.”

Then it happened, Deb’s Diner closed down; it has been on the western end of Dove Creek, while the old Dinner Bell had been on the eastern end.  Well now, it was as if the Fates had knocked on the opportunity door, and Charlotte, with Lacey Dufrene, opened that door fast.

They renovated, got in touch with food service sources, and the new Dove Creek Dinner Bell opened in January 2021, with the original menu. Would have been sooner, but that nasty Covid pandemic put a kibosh on that for many a new business.

Going in on a Saturday for lunch, the place was packed, but that is not unusual.  The locals are extremely happy to have this restaurant back again; shouts of “Hi Charlotte!” were heard often. 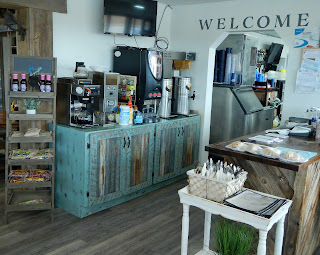 Folks were talking, laughing, relaxing and generally having a good time.  While the exterior of the building is simple, it is the décor and atmosphere inside that is best – laid back with cozy décor.  Now if you are in a rush, don’t be!  This is a place where you come to relax while enjoying your meal, and the company with you.  Oh, that blur you just saw wiz by, that was Charlotte who has a trifold position – owner, waitress and cook. 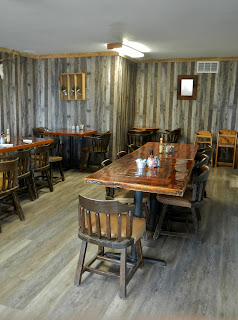 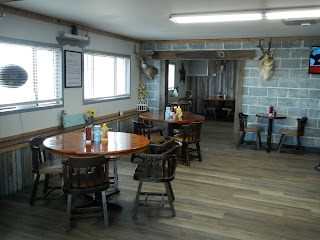 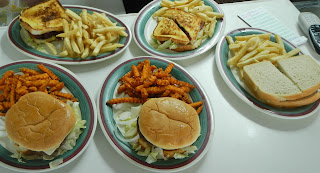 The food at The Dinner Bell is country comfort, from biscuits and gravy to enormous burgers with all the fixings, and downhome meals like chicken fried steak. 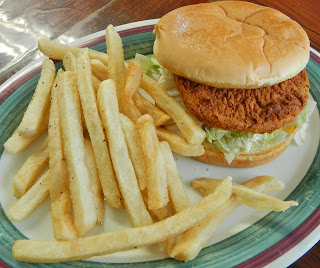 I decided on a smaller meal of the chicken sandwich which can be breaded or grilled, I chose breaded (deep fried), and fries.  The outside was crisp with a slight kick in seasoning, the chicken tender; and the fries were yummy.  Had to keep smacking hubby’s hand to keep him away from MY fries! 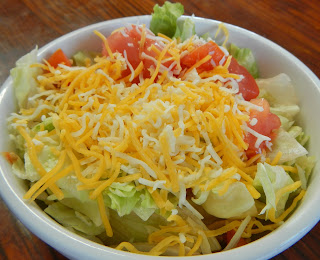 Now hubby decided he was really hungry, so he went for the chicken fried steak which came with a side salad packed with veggies and cheese, and chose the raspberry vinegarette dressing.  It also came with a heap of mashed potatoes, whole kernel corn, and white pepper gravy.  The steak was so tender, a knife was not needed to cut it, and the gravy made it even more delicious.  Usually, we take home part of our meal, to finish later on, but not this time; it was gone-gone. 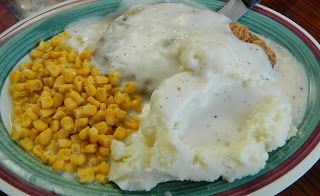 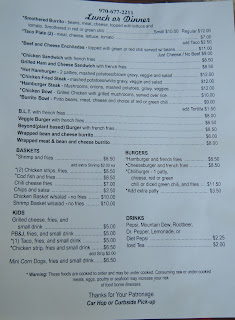 No time to sit and eat?  The Dinner Bell does take out service; call your order in; or come in, order and have a seat while waiting. 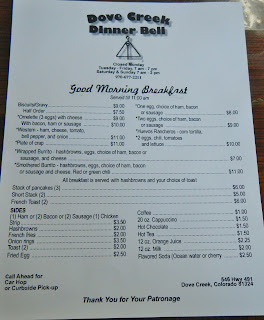 Ding, ding, ding, The Dove Creek Dinner Bell is back!